Unintended Pharisees: Revealing and Redeeming the Hypocrite Within 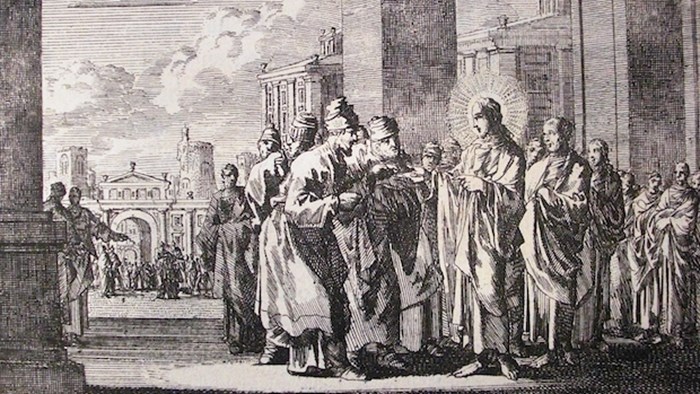 If you’re like me, you hate Pharisees. Jesus didn’t have much use for them either and of course, I want to be like Jesus!

Also, let’s be honest, few things are more fulfilling than sending out a tweet about a case of hypocrisy in a Pharisee.

These days Pharisees take to social media and gladly point out the shortcomings of others. It has never been easier for a Pharisee to gain a following. The more argumentative and harsh the tone expressed, the more appealing Pharisees are to the judgmental masses.

No pastor or church leader likes to see the spirit of judgmentalism in others.

Pharisees are an easy target, and I don’t mind drawing a bead because I see the spiritual damage that grows in the culture of legalism.

No pastor or church leader likes to see the spirit of judgmentalism in others. In fact, Pharisees seem to be the only ones who like themselves. But this is a blind spot in our own lives, too. Pharisaical attitudes are often revealed through difficult situations.

Rarely does a disciple of Jesus see a spirit of judgment and legalism in him or herself.

In other words, it is easy to spot a Pharisee, unless, of course, you are looking in the mirror.

So how do we discover and deal with the Pharisee inside us?

Soon after coming to Christ, I was discipled by a guy named Steve. Steve gave me a book. As I recall, it was the first Christian book I read. The book was The Cost of Discipleship by Dietrich Bonhoeffer.

I wondered about others who called themselves Christians, “So, you believe a man was totally dead on Friday, and then on Sunday, he’s more alive than he had been on Thursday! But that doesn’t change everything about what you value and how you live?”

The reality is that the pharisaical spirit often hides in fields of high expectations.

I noticed a significant disconnect between belief and lifestyle among many who claimed to be Christians. As I began to follow Christ I started noticing that not all believers love the Lord with the passion and intensity I though I had—or thought they should have.

This became a source of frustration to me.

Along the way I would start a Bible study while in high school, but it sometimes seemed that no one was as committed to it as I was. By college, I was a youth pastor, and still felt more committed to the process than everyone else. This frustration continued into pastoral ministry.

As I moved into roles where I trained other pastors, I found that I was not alone in my frustration. Many pastors feel the same way.

The reality is that the pharisaical spirit often hides in fields of high expectations, and we pastors are often the source of those expectations.

As pastors and church leaders in general, we are often disappointed with the spiritual journey of many people in our care. We don’t understand why they don’t take the faith as seriously as we do. We often get to thinking that they do not truly want to grow in Christ.

“Why? Why was no one else as committed as I was?” we utter in frustration.

At this point we must stop, look in the mirror, and ask ourselves, “Wait, why was I putting myself above others, wondering why they weren’t measuring up to my standard of passion and intensity in discipleship?”

So how can we know when high expectation becomes judgmentalism?

Part of the issue with pastors is that we have followed God into this crazy high-requirement thing called ministry. That proves how serious we are about our commitment, right?

High commitment is measured in our life by what we are willing to give up in pursuing Christ. We literally throw ourselves into the task. And we see the call to discipleship not just for a select few, but we imagine a world where all believers would sacrifice everything to advance the kingdom.

But in my situation, there was an aspect that could be traced to damage in my own heart and soul.

I found myself becoming religiously bitter, and started looking down on others who didn’t "measure up." It grew to the point where I would even verbalize the frustration eating away at my soul.

At least that's how I would articulate it when I was younger.

Perhaps by the time I got older I only thought it because I was smart enough to not say it out loud.

But I still felt it.

Passion and Its Problem

Passion in us often leads to our disappointment in others. Disappointment leads to frustration. Frustration leads to anger. Anger is expressed in an attitude of spiritual superiority and leaning hard on others.

And along the way, without even recognizing it, a disciple becomes a Pharisee.

The challenge is to recognize the connection and avoid the downside of the passion. The connection is clear—people of passion wonder why people are not as passionate. It happens in every area of life. However, in the Christian life, the downside is that we can often become judgmental at those who lack our passion.

I wonder how Jesus dealt with the issue—seeing their lack of commitment so evident among his disciples. And, perhaps that is the answer. After all, while we are comparing ourselves to others, we need to remember that none of us measure up to Jesus.

And no one expects us to.

That's the key—Jesus gives us grace and calls us to grace, and that's the answer to the problem of phariseeism in my heart.

Along the way, without even recognizing it, a disciple becomes a Pharisee.

Passion is good—becoming pharisaical is not good.

Grace extends to those who struggle, who are not as serious as they should be, and who don't measure up. If we see who they are in Christ, rather than who we wish they were as growing Christians, it changes our view.

Furthermore, we need to recognize that growth takes time. Maturity is not the seed, it is the harvest, and it is a journey. But we tend to forget that.

I have been a vocal critic of the Pharisees in Scripture, as well as those among us today. I probably will still do that when appropriate.

But what has surprised me is how my own pharisaical attitudes are just as real and often unrecognized in my own life.

May I, and may we, show grace to those on the way, regardless of who people are in Christ, where they are on the path, and the progress they are making.

Let me encourage you to read Larry Osborne's book, Accidental Pharisees, which helped inspire this post and does a better and more thorough job exploring the issues.

Unintended Pharisees: Revealing and Redeeming the Hypocrite Within

Unintended Pharisees: Revealing and Redeeming the ...