Will students with actual beliefs be allowed to have organizations on campus?
Ed Stetzer 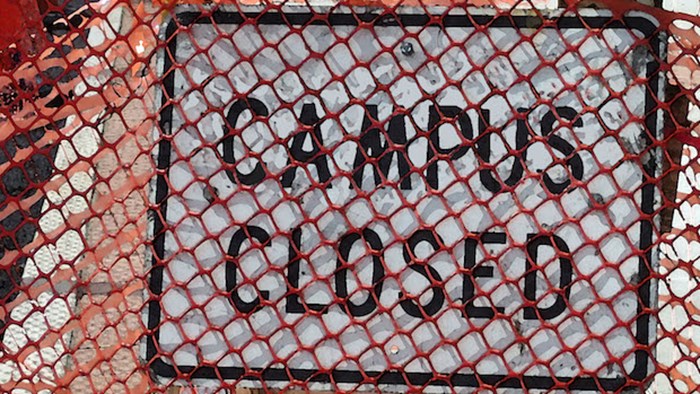 InterVarsity Christian Fellowship (IVCF) has been, in modern campus terminology, “derecognized” by California State University schools. Basically, they will no longer be a recognized campus organization on any of the 23 schools in that system. IVCF has been derecognized because they require their leaders to have Christian beliefs.

It's not just InterVarsity that will be impacted. Following the same logic, any group that insists on requiring its leaders to follow an agreed upon set of guiding beliefs is no longer kosher (irony intended) at California's state universities. This will impact many other faith-based organizations with actual, well, faith-based beliefs. Presumably, even People for the Ethical Treatment of Animals would have to allow Oscar Meyer to lead their campus chapters.

Only in a modern American university would this make any sense.

Now, it’s not persecution. Christians are not banned. People can share their faith. But, now, what we once called “equal access” has taken another hit—people of faith do not have equal access to the university community, like the environmentalist club, the LGBT organization, or the chess club.

The university system has decided that speech with beliefs that undergird it—and shape how it is organized—has to be derecognized.

I asked Greg Jao, who is National Field Director & Campus Access Coordinator, what this actually meant. He explained,

Loss of recognition means we lose 3 things: free access to rooms (this will cost our chapters $13k-30k/year to reserve room). We also lose access to student activities programs, including the new student fairs where we meet most students. We also lose standing when we engage faculty, students and administrators.

And while they still have freedom to request a meeting spot in some buildings, they no longer have the status when other officially recognized groups request the same spot—even though they are, well, fee-paying students in a facility owned by the people of California.

Jao indicated the work is not done, explaining,

We still intend to minister on campus but loss of recognition is a significant impediment.

The bigger, and ongoing, issue is the continual sanitization of unacceptable religious voices from universities. It’s ironic—those who champion nondiscrimination, in the name of nondiscrimination, are creating rules that push out those who "discriminate" based on biblical belief statements.

A few years ago, I asked in the pages of USAToday, are evangelicals no longer welcome in the public arena? If that arena is a California state university, and those evangelicals want an official school organization, that answer is obvious.

This has already happened in other places, perhaps most notably at Vanderbilt University in Nashville. But, Vanderbilt is a private university. Now, state schools have decided that, due to their odd policies restricting belief based organization from requiring belief, students who have evangelical beliefs—and think the leaders of their belief-based campus organization should also have beliefs—are no longer welcome as a student organization.

Recently Tish Warren chronicled for Christianity Today her own experience at Vanderbilt here in Nashville, where a similar action was taken against not just InterVarsity, but Catholic and Mormon groups. Student groups requiring leaders to sign doctrinal statements were derecognized to second class status.

Warren, who was an InterVarsity leader, believes Vanderbilt officials weren't simply establishing principles of equality as they claimed, but intentionally creating an inequality of ideas that excludes vigorous expression of Christianity outside of the marketplace of ideas:

"What began as a concern about sexuality and pluralism quickly became a conversation about whether robustly religious communities would be allowed on campus. In effect, the new policy privileged certain belief groups and forbade all others. Religious organizations were welcome as long as they were malleable: as long as their leaders didn't need to profess anything in particular; as long as they could be governed by sheer democracy and adjust to popular mores or trends; as long as they didn't prioritize theological stability."

Warren explains that conservative groups had crossed a line in the sand. That line, she said,

"was drawn by two issues: creedal belief and sexual expression. If religious groups required set truths or limited sexual autonomy, they were bad—not just wrong but evil, narrow-minded, and too dangerous to be tolerated on campus."

In this case, it is a university policy and specifically about beliefs. However, it appears, increasingly, that Evangelical (and Catholic and Mormon) beliefs are the new "racism" to be excluded from the free exchange of ideas at institutions of higher learning. For the safety and academic well-being of university students, Evangelicals must be organizationally separated (by derecognition) away from the scholastic populace.

"After we lost our registered status, our organization was excluded from new student activity fairs…Because we were no longer allowed to use Vanderbilt's name, we struggled to convey that we were a community of Vanderbilt students who met near campus."

Welcome to the new world.

What is College For?

In a needed and well-timed op-ed at CNN, Kathleen McCartney, president of Smith College in Northampton, Massachusetts, asked, “Is free speech at risk at our universities?" She explained,

We have lost sight of a key fact: Reasonable people disagree… Higher education must counter the prevailing narrative of polarization. Fundamental to the mission of colleges and universities is the promotion of diverse opinion and vigorous debate for all constituencies: faculty, staff, alumni, and especially students.

Indeed. Unless, it appears, that includes a university-related club that represents the beliefs of evangelicals, who make up (measuring by belief) more than a third of the U.S. population.

We think its implementation tells religious students their beliefs are not welcome. It hurts students of color who find our groups are key support structures. 70% of our students in the two IV [InterVarsity] regions affected [are] POC [persons of color].

Every indication is that this will continue. But, the question remains, how will Christians react? I hope they won’t call themselves persecuted, since that lessens the persecution in, for example, Iran. However, I also hope they will speak up graciously. And, that even people who are not religious will see the danger of stripping faith from the organized conversation at the university.

Nevertheless, the work still goes on, as Jao shared about new decisions for Christ.

We still intend to be on campus. We celebrated more than a dozen first time decisions [to follow Christ] so far.

May there be many more, both off campus and on.

The Exchange is a blog of Ed Stetzer of LifeWay Research and is hosted at Christianity Today, which has reported extensively on higher education and religious liberty.

Other recent posts from this blog include:

· 3 Ways to Love Others with Our Language: A guest post by Linda Manganello

· The Surprising Truth About Discipleship and Spiritual Disciplines

· Creating A Hospice Ministry For Churches

You may also want to review the most blog recent series, "It's Time to Listen," written by African-American Evangelicals addressing race, Ferguson, and justice. The final part of the series, linked below, includes links to all those articles: