For the sake of Kingdom work and church planting, we may want to consider a new way to credential pastors.
Ed Stetzer 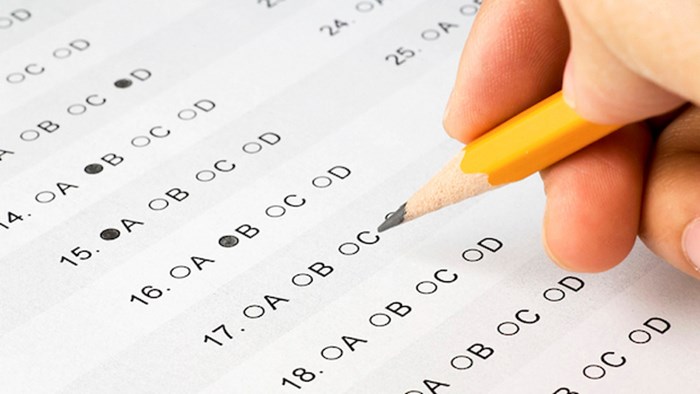 Furthermore, is there a biblical way to respect the office of pastor while providing additional paths to pastoral ministry?

I think the obvious answer is yes.

I want to consider an Alternative Credentialing Track (ACT).

I work with a lot of different denominations and networks, and credentialing pastors is often a topic of discussion. New networks are asking what their role is—or is it the role of the local church? What about pastors in movements which go astray?

Now, I recognize that you Anglicans have your Bishops and the Anabaptists ordain locally in their churches. So, for a moment, let's skip the discussion on polity for a moment and let's acknowledge that a lot of denominations and networks are struggling with how to do credentialing, even when their polity is different-- same issue, different application.

Denominations (often with high credentialing standards and a sometimes onerous process) are asking how to open up new pathways to immigrant, bivocational, and other leaders. And, at the same time, networks are asking what their responsibility is to the local church and the pastor if they are in the network.

Either way, a lot of groups are dissatisfied with their credentialing.

And, the discussion continues...

For some of you, this is not an issue-- and I understand. However, this is a real issue in a lot of movements. I have publicly been asked, and weighed in on, credentialing conversations with the LCMS, United Methodists, Every Nation, Acts 29, and the Assemblies of God, to name less than half that come to mind. I only list these denominations and networks to demonstrate how frequently this conversation is taking place.

I think credentialing is at a crossroads and, as we get there, I want to make sure that there is more than one path so that the mission is advanced, churches are planted, and we don't just credential one type of pastor.

We do that through the creation and promotion of an alternate credentialing track.

An immigrant pastor from Guatemala, a retired business leader who feels called to be a pastor, and a plumber taking seminary extension classes to be a pastor all have one thing in common—they are not following the normal path to the ministry.

I want the immigrant, retiree, and plumber planting churches.

The normal credentialing track is college then seminary. In high polity denominations, that's usually just a rule. In low polity, it's often an unwritten expectation. In either case, the expectation of college and seminary is there, and I am glad that it is in many cases. I teach at seminaries to train such pastors and leaders, so let's skip the "Ed is anti-seminary" that invariably comes from some quarters.

However, I want that immigrant, the retiree, and the plumber to have a path to pastoral ministry as well. And that's where the ACT comes in.

This proposal is not permission for everyone to go through the ACT. But, with a thoughtful credentialing plan, pastors can qualify without requiring a one-size-fits-all approach.

To use one (increasingly common) example. If a pastor came to America from Nigeria, which is the largest Anglican province in the world with 21 million Anglicans, how would American Anglicans respond? Are the doors to ministry open, particularly when the same requirements are not in place there, but the bishop has already ordained the pastor for ministry?

When they come over as a credentialed Anglican Vicar or Anglican Rector, the organization they are joining may have to find a way to qualify them that is atypical of others.

I want the immigrant, the retiree, and the plumber pastoring as well. The can be no reasonable person who would say that such people would have been ineligible for pastoral ministry in the New Testament-- or at the beginning of most movements.

Alternative credentialing tracks are great opportunities for colleges and seminaries. Though I think such programs should be focused on qualifying the called, they often can become a feeder program for a college and a seminary.

For example, a Concordia Seminary provides an ACT program to qualify, among others, the immigrant, the retiree, and the plumber. In the Lutheran Church Missiouri Synod, that's called the Specific Ministry Pastor. Many other denominations and schools do the same.

Then, the school will often count the training (through what is called an "articulation agreement") as a certain number of hours. After that, the newly credentialed pastor can continue with more education while pastoring (assuming there are external education options).

Academic institutions often partner with an approved ACT, establish a certain number of credit hours for a completed ACT, then guarantee the transfer of credits from one institution to another.

But, that's a side benefit—the opportunity for missions and church planting should be the primary focus.

I could talk about a lot of applications for the ACT, but let me focus on one. Simply put, the traditional credentialing process generally stifles church planting. Roland Allen has already showed us this in The Case for Voluntary Clergy, Missionary Methods: Saint Paul's or Ours, and The Spontaneous Expansion of the Church and the Causes that Hinder It.

Roland Allen points to a consistent reality: the higher your education and credentialing requirements, the lower your participation in church planting.

That should not be controversial-- it's just math.

However, that reality does not mean we don't need seminary-- but it does mean we need to empower non-seminary trained immigrants, retirees, and plumbers to plant churches as well.

For example, in order to credential the pastor from Latin America, a two-year distance-education course to learn doctrine and essentials for ministry would be provided. In the case of church planting, it would include a church-planting emphasis or class. (Full disclosure, I wrote such a course years ago, though there are many other such courses available today.)

Simply put, if a pastor from Guatemala wants to plant a church among Latinos in the U.S., the credential process may need to be different than it is for a 27-year-old college grad from the suburbs of Chicago.

We cannot ask the new immigrant pastor to quit a job, get a four-year bachelor’s degree, then a master’s degree before considering ordination and ministry placement.

Instead, developing an ACT that fits within your polity and is acknowledged by your movement could help equip and send out pastors and church planters of all backgrounds, leading to greater kingdom impact.