Dr. Ramesh Richard shares about the need to train pastors for global ministry. 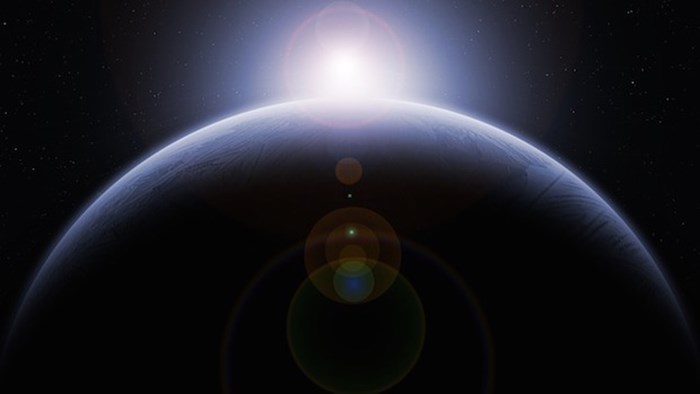 The following is a guest post by Dr. Ramesh Richard. Dr. Richard serves as the founder and president of a global proclamation organization reaching leaders worldwide, especially those of Asia, Africa and Latin America. He is an inspirational speaker, a spiritual philosopher, a renowned educator and a practical author who speaks on the ultimate issues of life to thousands of people around the globe each year.

In this article, I consider the strategic priority of the training of pastors for intentional global ministry and missions partnerships. I also propose practical considerations for strategists and practitioners in pastoral training—whether individuals or churches, for institutional programs as well as non-formal organizational initiatives.

My population ‘app’ shows that the world comprises 7.25 billion individuals as of mid-2015. We need a scalable strategy of global scope to promote the Lord Jesus to large numbers of people worldwide.

Some 2.3 billion self-identified Christians comprise the faith as ‘census’ Christians, The WEA Theological Commission estimates 50,000 new baptized believers daily”[1] How could we nurture the embryonic faith of so many?

The Global Alliance of Church Multiplication raised a most serious concern in October 2013. While they envision the planting of 5 million churches by 2020, they surmise an astounding fail-rate of up to 70% within the first year. How do we address sustainability issues to justify the enormous human and financial costs of these amazing labors and responses?

May I suggest that collaborative and multiplicative pastoral training of large numbers of pastoral leaders can effectively and efficiently address the opportunities and dangers embedded in the above four realities?

The Cape Town Pastoral Trainers Declaration (2010) was framed with special reference to the commitment of formal and non-formal pastoral trainers to work together in the spirit of the Lausanne Movement. It declares:

Since the formal and non-formal sectors of pastoral training have knowingly and unknowingly allowed ourselves to be divided in heart and efforts, we declare together that we shall endeavor to build trust, involve each other, and leverage the strengths of each sector to prepare maturing shepherds for the proclamation of God’s Word and the building up of Christ’s Church in all the nations of the world.[3]

The next major step for better pastoral training of more pastoral leaders is the Global Proclamation Congress for Pastoral Trainers, scheduled to be held June 15-22, 2016 in Bangkok, Thailand (http://GProCongress.org).

This niche, specific, and task-focused event envisions up to 5,000 trainers of pastors coming together from both the formal and non-formal pastoral training sectors. The objectives of the GProCongress are to: build community, explore opportunity, discover resources, and exchange encouragement. A four- year follow-up plan to the eight-day event (in addition to a four-year build up), creates a global pipeline for pastoral training that is sustainable, measurable, and even renewable for local church leadership anywhere.

In summary, I commend pastoral training as a necessary complement to, and the highest priority for, implementing all ministry initiatives globally and locally:

[1]“In his plenary at the Lausanne Consultation on Theological Education, June 2014 Thomas Schirrmacher presented the view of WEA and its Theological Commission that about 50,000 people (that do not come from a Christian background and do not have any basic Bible knowledge) are baptized each day in evangelical churches worldwide.” http://www.thomasschirrmacher.net/tag/theological-education/

[3]The full declaration is found at http://GProCongress.org/history/