Is prayer the appropriate response to yet another mass shooting in the United States?
Ed Stetzer 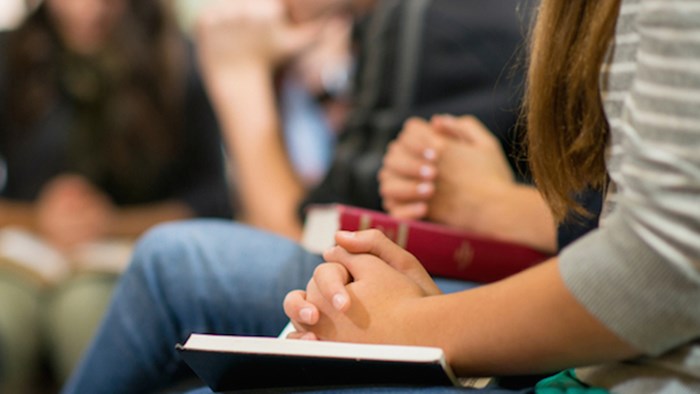 Yesterday, we had another mass shooting. And, the fact that we use the word "another" is tragic enough.

Yet, this shooting also reminded us of a cultural moment we are in, as the New York Daily News sought to highlight that Republicans were calling for prayer while Democrats were calling for action. I think it is more than that.

Emma Green explained in The Atlantic.

This cynicism offers a view into just how much religion and politics have changed in the United States. Prayer and political action have a deeply entwined history in America. From civil rights to women’s suffrage, nearly every social-justice movement has had strong supporters from religious communities—U.S. history is littered with images like the one of pastors and rabbis marching on Selma, side by side with political activists.

The point they're trying to make is that prayers aren't enough—God isn't going to fix this.

Yet, our first impulse should be prayer. Some people will say, “We need to take _____ action.” That's a debate that can be had, but that debate should not replace the fact that there are 14 families who are grieving right now. And, I trust I'm joining with both Republicans and Democrats, including Hillary Clinton and Martin O'Malley, in prayer for them.

Yet, this became a controversy, not just because of the New York Daily News. You see, others took it futher on social media—downplaying, or mocking, or deriding prayer.

People are going to debate the legal aspects of gun control. And, as much as people might not like it, the American people are split on the issue. (If they were not, the situation would have already changed. Even Democratic candidates are divided.)

Let people debate that, and I have my views, but while they're debating, let's make sure we're still praying.

Here are just three simple ways we can pray in times such as these:

1. We must pray for the families.

No one ever plans to lose a loved one in a mass shooting such as what took place in San Bernardino, Newtown, Connecticut, or otherwise. Losing a loved one expectedly, following a long battle with illness or due to old age, is devastating enough. Losing a loved one without any warning or time to prepare the hearts of the family is difficult to even comprehend.

As I wrote in USAToday:

[A]fter the Sandy Hook tragedy, I was struck by the comment made by Connecticut Gov. Dan Malloy referencing our collective religious heritage:

"In the coming days, we will rely upon that which we have been taught and that which we inherently believe: that there is faith for a reason, and that faith is God's gift to all of us."

Many are embarrassed by this national identity -- until it is time to grieve. Then, politicians, celebrities and reporters can unashamedly say they are praying for those affected. News networks will show church bells ringing in memory of those lost. Nightly news shows feel the need to broadcast excerpts from sermons delivered by pastors in the area. Journalists interview religious leaders about how God can help us through.

Also, though it can be hard when something like this happens, pray for the families of the suspects who likely committed the crime, too.

All the families affected need the grace and peace of Christ to carry them through.

2. We must pray for a just society.

The world is full of wickedness.

Christians know this because of what the Bible tells us about the nature of man and the reality of sin. But following events such as these, it is readily apparent that people simply want nothing more than to wreck the lives of others. Lying to your parents is a sin and cheating on your taxes is a sin, but neither of those sins really pronounces the presence of evil like mass shootings do.

Pray that the Lord would deal justly with the sin and wickedness in the world, but also pray that our governments and law enforcement officials would do everything in their power to carry out justice in the most effective ways possible. Our God is a God of righteousness and justice, and he most certainly is angered by manifestations of the wicked one whether it be via mass shootings or otherwise.

Pray for justice both in the present and in the eternal.

3. We must pray for wisdom moving forward.

Mass shootings are immediately political. Whether you're in favor of more government gun regulations or opposed to them, we must all acknowledge something must be done to quell events such as these.

I don't know all the answers, and chances are, you probably don't either. But we must find an answer, so that we might do all we can to limit evil actions such as these. Gun laws, security forces, mental health systems, or other such possible actions are not going to change the sinful hearts of men, but they may make it more difficult for the sinful hearts of men to create chaos and carnage. And, futhermore, our nation simply is not united on what we should do—and I'm praying for a united country to make some united decisions.

The Bible tells us to pray for wisdom—and we need to now and later.

Take a moment to pray not only for the families and for justice, but also take a moment to pray for your local and national government leaders as they work to do all they can to make our country a safer place for everyone. We need the wisdom to find more safeguards for situations like this.

So, thinking back to the New York Daily News cover: prayer isn't the problem—though there are real problems and we need actions. Yet, we shouldn't pin the problem on prayer.

We must pray, but we must not only pray either. Pray diligently, but when tragedy strikes do not let praying keep you from acting on what is right. Inaction is something to call out, but using prayer as a lever is not the way to do it.

Gena Ferazzi, a photojournalist for the Los Angeles Times tweeted this picture yesterday of the employees of the center which was attacked.

They're praying. Let's join them now... and later.