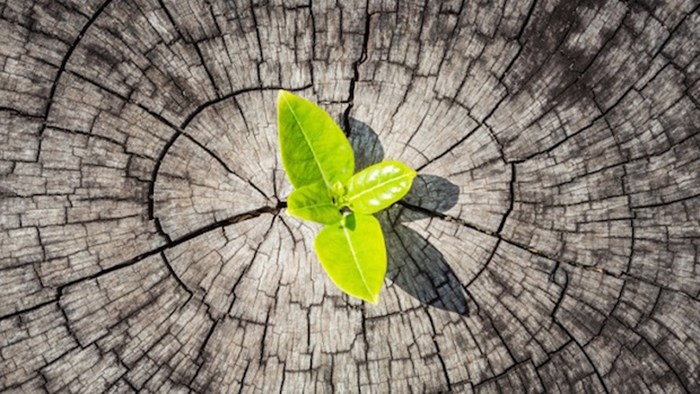 From 1795 to 1810 the Baptists and the Methodists planted 3,000 churches in 15 years on the western frontier: Kentucky and Tennessee. But today, Methodists and Baptists are declining.

Methodists and Baptists—now in many different denominations—are seeking to recapture that passion. Of the denominations in decline, the ones that have a chance at growth will embrace a church planting focus.

Even mainline denominations are asking how to engage in church planting.

Many from mainline denominations get frustrated when they see the urgency with which evangelicals try to reach people. They’ll lose this frustration when they realize those are the people who plant churches.

How will mainline denominations need to go about this kind of change? Some haven’t planted churches in a while. They’ll have to relearn a part of their own history. They’ll also need to look into other traditions, denominations, movements, and networks to see what else is being done in this area.

I was recently with some mainline denominational leaders and was asked how they might accelerate their church planting focus. Keep in mind this was to mainliners, and not all will apply, but they are all worth considering.

If you are a part of a mainline church and recognize this need for change, first I would say, don’t be afraid to look into movements very different from your own. Maybe these movements are different for a good reason, and you should recognize that reason.

Learn from people who have planted churches. That can be of tremendous help. But don’t fail to relearn the history of your own movement. You have to know where you are and how you got there.

Sadly, only three percent of Protestant churches have said that they have accepted direct financial responsibility for a new church as its primary sponsor within the last year. There’s not a whole lot of church planting going on right now.

Keeping an institution alive is not a bad thing; it’s just not enough.

There’s a place for preservationists, but what a denomination really needs is more propagation—the gospel being propagated and churches being congregated.

Keeping an institution alive is not a bad thing; it’s just not enough. The gospel has to be proclaimed and churches need to be planted.

Initiating Change for the Good of the Church

How does this change happen?

For mainline denominations, there’s a certain level of desperation needed. And, statistically, there actually should be some desperation—things are not going well in mainline world.

Also, mainline denominations needs to become aware of the phenomenon of church planting among Protestants. And it’s not just about awareness. They need to recognize it’s the way forward. After all, it’s how such denominations came to be in the first place.

In today's world, we can’t just wait for people to show up to our historic buildings. New plants are the way to find them.

But in order to embrace a church planting mindset, a couple of adjustments need to take place in some mainline denominations.

First, church planters must be welcomed. The old guard tends to reject unfamiliar terminology and is therefore suspicious of church planters, so try to keep things simple and focused.

If you are going to plant evangelistic churches, you will need evangelicalistic people. If you don't have them, you don't need to plant a whole lot of churches anyway.

Church planting has taken over crusade evangelism as the go to way we reach people.

In the International Pentecostal Holiness Church, which is similar to the Assemblies of God theologically, they hand out special pins to church planters. If you plant a church, you get a pin at the denomination’s annual meeting. The pin is symbolic of a bigger celebration.

In your denomination it might be helpful to do something similar. Recognize those who are doing the work of planting. Make them special. Make them precious, and you will encourage others to join in.

It’s also important to involve established “mother” churches. By speaking in terms of mother and daughter churches, the mother churches are given a clear role in church planting. Some say "partner" churches, but as long as the roles are clear, that's fine.

To get mother churches to actually begin acting like mother churches, begin by casting a vision. Create a recruitment strategy. Then, if you can get five or six churches to say they’ll help start one church plant, it will signal a shift and create awareness and excitement.

When a mother church starts a daughter church, there are two ways they can go. On one end of the spectrum, some churches simply reproduce their DNA.

The Particulars of Planting

There will be resistance, so ongoing focus is necessary. Church planting can't be an annual emphasis, but it has to be an ongoing focus.

There’s no way to deal with all the questions related to dwindling denominations and their need for renewal through church planting in one short article. This was the answer I gave to one denomination in one meeting, but hopefully it will help others consider the issues.