Small groups are essential to the church's mission of making disciples. How might they be done?
Ed Stetzer 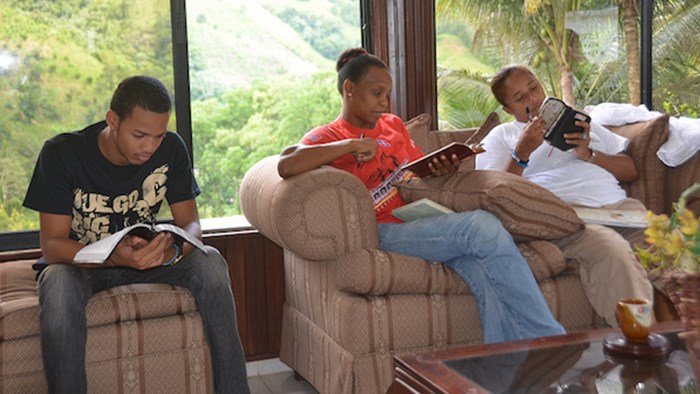 Transformational discipleship involves moving from the row of chairs in your church or church pew where you are simply in proximity to one another, to sitting in circles, to then being in community with one another.

When Eric Geiger and I were writing Transformational Groups, we did a study of 2,300 churches sponsored by 15 denominations. Less than half of those churches said they had any plan in place for discipling people, and only 60 percent had anyone responsible for any level of spiritual formation among children, students, and adults.

The vast majority of the churches, though, were not satisfied with the state of discipleship or spiritual formation. We know there is a great level of dissatisfaction in many churches about where they are on the issue of discipleship, but what is the solution?

We also did a discipleship study called the Transformational Discipleship Assessment that studied over 3,000 Protestant churchgoers and asked them about spiritual formation.

One of the five items that was the most predictive for spiritual maturity was participation in a small class or group of adults such as a small group, Bible study, or adult Bible fellowship.

First, every small group should be mission oriented and focused on becoming part of and following God in his mission for the world. When someone becomes a believer he takes on the responsibility of being globally minded and this mindset contributes to his spiritual growth and maturity.

Second, small groups need to be firmly rooted in the Scriptures, which are a source of life and growth. An element of sharing is welcoming and being encouraged in time together, but too much sharing can make the group seem like a support group. The needs people share in the group need to always be hedged-in and examined through the lens of Scripture.

A third aspect of transformational discipleship groups is a multiplication mindset. The whole purpose of a group is to eventually reproduce into another group that is making and growing disciples of Christ. This element of small groups helps them stay open to change and inviting to new people.

In order for this element to function properly and most effectively, church leaders need to relinquish ministry and leadership into the hands of believers in their church and not cling tightly to power. While groups can multiply while under the leadership of an elite few in the church, the possibilities of growth is minuscule compared to what occurs when the laity are leading their small groups.

Small groups need to be firmly rooted in the Scriptures, which are a source of life and growth.

Intentionality involves creating a welcoming and relational environment for new people. Without this the group becomes inward-focused and loses sight of the mission to make more disciples.

A fifth and final component of transformational groups is a kingdom-focused mindset. Groups need to stay focused on what God wants to accomplish in their time together, not how they can be the most exciting small group in the church.

Groups cannot exist for the sole purpose of emotional support for its members, but must find their place in God’s greater plan of advancing his kingdom.

Transformational discipleship can happen when small groups are focused on God’s mission, His kingdom, and His word. And when they are welcoming to strangers and intent on multiplying. All of this begins when people get off the pew and move into circles in order to be in community with one another and provoke one another to love and good deeds. This is essential.

Once a church passes 100 in attendance, the church is no longer a small community but a large group. Small groups that produce transformational discipleship are essential not only to the spiritual growth and maturity of church members but also to the advancement of the gospel.

Eric and I explain all of this and more in Transformational Groups. Check it out for more on this subject.

5 Essential Elements of a Transformational Small ...