What is the missio dei movement and what are its tragic downfalls?
Ed Stetzer 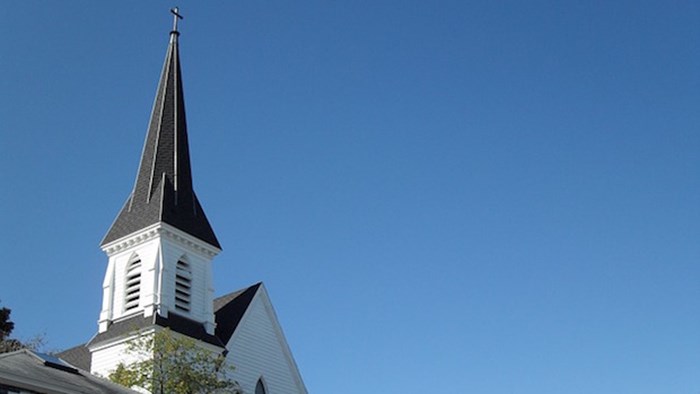 This is part three in a series on three historical missional streams. Here are the parts:

As we have looked previously at the historical streams of the missional church, we saw the missionary stream and the mission stream. Today, we will look at how the next stream, missio Dei, ends badly.

In 1952, the International Missionary Conference in Willingen, Germany, marked the third stream of the missional church. From a historical perspective, the adjustments have gone from a missionary role of the church (1910 Edinburgh) to the church has a mission (1928 Jerusalem) and to the church and mission is one (1938 Tambaram).

This idea starts in Willingen, but soon thereafter begins to take on a bigger, regrettable agenda.

Four years after the World Council of Churches formed in Amsterdam, the 1952 Willingen conference opened with the theme: “The Missionary Obligation of the Church.” From the beginning, there were objections to the theme.

While the theme remained the unchanged, many could not agree on the importance of the church and its place because they had given up on the church. Why would that be the case?

Think about this historically. The conference met in Germany right after World War II. Some gave up on the church because, by this time, it had sold itself out to Nazism. The church had become a slave to the state.

Soon mainline (and later evangelical) churches began to espouse an idea that mission needs to be about the missio Dei (Latin for “mission of God” or the “sending of God”). While none of the Willingen documents contain the phrase missio Dei, contrary to what many histories of the meeting say. It was immediately thereafter that German Lutheran theologian and missiologist, Georg Vicedom and other theologians began to communicate the idea.

Meeting during the first development decade, the conference dealt intensively with witness in a world understood as the place where God was active, inviting the churches to join in missio Dei.

Most Christians today would, I think, agree that part of the mission of God is to practice social justice so that the sick might receive healing, so that the poor might not be so poor. Most of us even acknowledge that God is working outside of the four walls of the church.

For example, when someone in your church tutors English as a second language to immigrants, they are engaging in the mission of God to bring justice.

In the 1960s, if you had asked a mainline church missionary serving in Africa how their evangelism was going, they would mention the social justice they had done. This changed terminology equated evangelism with social justice and discipleship with societal transformation. Discipleship was described when they brought in schools and taught people.

These actions are not bad things, but drilling a well in a two-thirds country is not the same as evangelism, at least in how evangelicals use the word.

Mission without an Agenda

The missio Dei movement runs into Bangkok in 1973 for the Commission on World Mission and Evangelism (CWME)—the newly merged group of IMC and WCC. As I see it, the result is mission without a clear gospel and without a biblical understanding of the role of the church.

Note: Even the WCC eventually pulled back from the missio Dei movement. Most mainliners eventually thought it went too far, but you can see their history of the movement here. Here's a quote from their own written history (the "pullback" comes soon after this):

Reflecting on the theme "Your kingdom come", the conference insisted on the particular role of the poor and churches of the poor in God's mission. Influenced by the Latin American liberation theologies, the delegates highlighted the radical aspects of the kingdom message and the serious challenge it threw to traditional missiology and mission programs. At the same time, the conference's section dealing with the church's witness did remarkable work on evangelism and on the church as healing community. The conference also reflected how Christ's choice of vulnerability and way to the cross challenged the use of power, in political, church and mission life.

Following this meeting, and a related story in Reader's Digest (that led to stories in 60 Minutes, and The New York Times), the tide would shift. (I can't find the original in Reader's Digest, but here is a reproduction.)

However, it is essential we not miss that this is what they thought was joining in the mission of God—funding communist revolutionary movements in Southwest Africa (among other things). The Reader's Digest articles, and the subsequent publicity, were a wake up call to many in the mainline denominations.

A missio Dei without a biblical grounding can be problematic indeed.

WCC leaders responded in different ways—some defended their approach (and their defenses actually turned out to be historically incorrect, we later learned). This defense (and hint of the pullback to come is an example.

But, don't miss the historical implications for us today. History does not repeat itself, but it often rhymes.

They believed the church must pursue social justice and join God in His mission to make the world just, and that included throwing off the unjust apartheid oppressors.

The movement drifted away from the church as being part of the mission of God and failed to take part in evangelism and church planting. Almost all evangelicals and most mainliners agree that the missio Dei ended badly.

How Should the Missional Church Move Forward?

A careful look at the history of the missional church would benefit us as we discern what each emphasis did that was right. We may need to integrate those things in our missional church today. Likewise, we need to look at history so that we do not make the same mistakes, especially ending in a crash at the end.

I think we need to live like missionaries, focused on the mission of God, and living the agenda of the missio Dei.

Getting a feel for some of the emphases can help us understand the missional church, and to avoid the errors of the past.

3 Historical Streams of the Missional Church ...