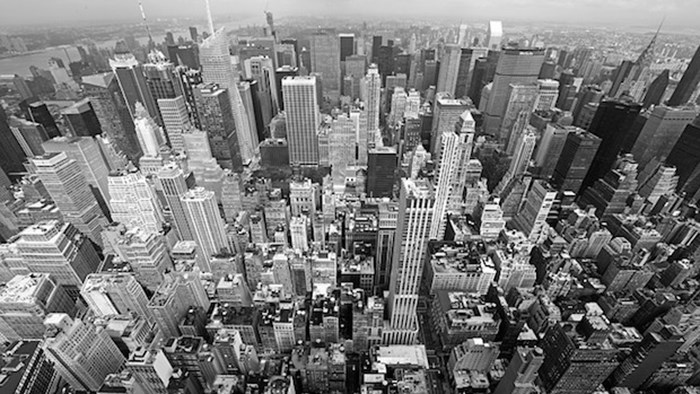 The following is an interview with Dean Merrill, co-author of Serving God in Today's Cities with Patrick Johnstone. Dean has written more than 40 books, including bestselling projects with Jim Cymbala and Compassion International’s Wess Stafford.

I thought this book offered an insightful take on some of the numbers we should be aware of when it comes to urban ministry and church planting. I hope you'll find our conversation beneficial. I wrote the foreword to the book, which I will share later this week.

Ed: Dean, your book is called Serving God in Today’s Cities: Facing the Challenge of Urbanization. What’s the premise of the book, and what motivated you to write it in the first place?

Dean: Motivation? The numbers! Cities all over the world are growing faster than most of us realize, to the point that the planet will be 90 percent urban by the end of this century. (We’ve already crossed the halfway mark.)

Now, the premise of the book is that this is not a headache; it’s a divine opportunity. We may feel overwhelmed by this surge of humanity—but God isn’t.

Ed: But, if we focus too much on the city, what happens to the people in more rural communities? How do we focus on ministering in the city without forsaking the people outside of city centers?

Dean: The Lord of the harvest cares about all people, regardless of address. He will continue calling workers to the rural areas as well as the cities, and that’s good. But the reality is, urban centers influence rural areas in a thousand ways—culturally, economically, politically, spiritually. That’s why Paul, for one example, spent more than two years in the metropolis of Ephesus … and as a result, “all the Jews and Greeks who lived in the province of Asia heard the word of the Lord” (Acts 19:10).

We may feel overwhelmed by this surge of humanity—but God isn’t.

Ed: In chapter two of the book, you talk about how we look at our cities. Why is the way we view our cities important to the way we minister to them?

Dean: If we don’t like cities … if we resent the congestion, the noise, the high cost of living, the crime, etc. … we’re not going to give our best to ministry work. On the other hand, if we embrace God’s heart for urban dwellers, we will love them effectively.

Ed: A few chapters into the book, you start to lay out a number of “Actions.” What’s the first action step people need to take when doing urban ministry, and why start there?

Dean: Oddly enough, the first step is simply to start praying for our city. We’re not saying that just to sound pious. Urban ministry demands prayer. None of us is smart enough or well-funded enough to make headway without it.

Ed: In chapter six, you talk about “pushing against urban poverty.” This is incredibly important, I agree, but we have a lot of historical precedent where justice ministries have lost a gospel proclamation focus. How do we push back against urban poverty without replacing one need with another need? How do we enact lasting, gospel change?

Dean: Point well taken. We quote Viv Grigg, outstanding urban missionary who has lived and worked from Manila to Bangkok to Sao Paulo: “You can be the nicest person in the world—but if you don’t share the gospel, no one is going to come to Christ.” Thus, his three-point strategy: (1) Incarnation—being the hands and feet of Jesus among the poor; (2) Proclamation—verbalizing the message of God’s kingdom; (3) Transformation—seeing the gospel truth make real impact on individual lives and the larger society. Don’t stop short of the goal!

Ed: Chapter seven focuses on “reaching out to diasporas.” Explain what you mean by that, specifically regarding the “diaspora” concept.

Dean: “Diaspora” is just a formal word for the displaced, those who have migrated (freely or due to force) from their homeland to another place. And such people almost always wind up in cities. Their lives have been turned upside-down. They need lots of help, especially in the first months and years. If Christians step up to assist them, their hearts can be wide open for the gospel.

Ed: Summarize your book in one tweet—no more than 140 characters.

Dean: Did you know the world will be 90 percent urban by the year 2100? That’s not bad news; that’s a fresh opportunity for God’s people!