A lot of Christians are nervous about engaging science, but should we be?
Ed Stetzer 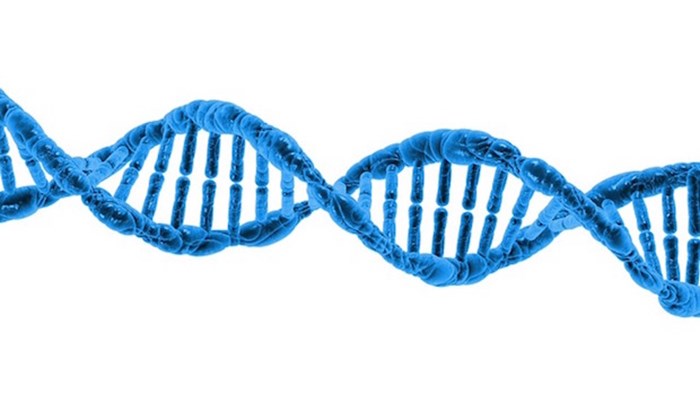 A while back, I was asked to contribute a chapter on Christian engagement with science for a new resource from the National Association of Evangelicals (NAE) called "When God and Science Meet." I'm thankful for the ways in which the NAE unites evangelicals and calls us to engage the world around us.

Read more about the booklet and download it here. Below is my chapter. I hope it's beneficial to you.

I’ve always been a bit of a science nerd, and it appears I have passed that attribute on to my children. As I start this essay, my daughter has just shown me her clay model of the surface of the skin, complete with labels of the various layers.

Obviously, your first assumption is that this is for a school project. But actually, it’s simply because she loves science. For her, creation speaks to the wonder and glory of the creator, which means science is an avenue for worship.

However, it appears we live in an age when many evangelical Christians are unsure where science fits. Perhaps that is because many evangelicals presume scientists are disproportionately unbelievers. In a way, that is true. A 2009 Pew Research study found scientists are more than 10 times as likely as the general public to disbelieve in God or a higher power. [1]

Creation speaks to the wonder and glory of the creator, which means science is an avenue for worship.

Scientists themselves are starting to lose the trust of many Americans, who, according to researchers at Princeton, believe scientists are highly competent, but not particularly trustworthy. [2] People believe seeking grant funding or pushing a particular agenda motivates many scientists, instead of an unbiased pursuit of truth.

Because Christians see statistics like these, many Christians assume there is no spiritual value in believers pursuing a career in the sciences, and that doing so could, in fact, be detrimental to their faith. While it is true scientists are less likely to believe in God (that’s just math), it is not true there are no scientists who believe. There are actually a significant number of scientists who are Christians, including many prominent believers.

In 2014, Rice University along with the American Association for the Advancement of Science conducted the largest study of American views on science and religion. While scientists are more likely than the general population to be atheists and less likely to be Christians, there are still substantial numbers of believing scientists. Out of the nearly 12 million scientists, 2 million are evangelical Christians. [3] That is significant.

The sciences should not be reserved only for atheists. There can and should be fields where Christians are actively involved. Here are three reasons I believe Christians should be deeply engaged in science.

Creation Speaks to a Creator

First, creation speaks to a creator. Because we know there is a creator, we should be the ones most concerned about his creation. By this, I don’t just mean caring for creation in a stewardship sense, though it certainly would include that. Creation speaks to the fact that God is, and he has created.

Because we know there is a creator, we should be the ones most concerned about his creation

In Romans 1, Paul points out that attributes of God are made clear in creation.

We can know his eternal power and divine nature, because they have been clearly seen since the creation of the world.

If Scripture says creation, and therefore the sciences that explore it, point to God, why would we run away from that? We, above all others, should love, study, explore, examine and care for the creation that provides evidence of God and his character.

Second, dismissing science undermines our witness. But many evangelicals are backing away from science. In a society driven by scientific achievement, it is unwise and counterproductive to our mission for Christians to embrace an antiscience label.

I do understand there are parts of scientific endeavor that appear to be undergirded by or have often produced a skeptical naturalism. However, that merely reminds us of the need for more Christians to show that studying the creation should not drive us away from the creator.

If we think being anti-science is a good platform for the Church, it should give us pause that Christians abandoning the sciences is a particularly modern phenomenon. In centuries past, people of faith, including pastors, often engaged in scientific study because they were pursuing greater knowledge of the creator, and it granted them greater influence within the culture.

Scientists of faith (sometimes pastors) have played a significant role in the founding of various scientific disciplines such as astronomy, genetics and chemistry.

And in doing that they demonstrated to the culture at large that God is concerned and can be trusted with truth. If God is not trustworthy, he is not worth following and not very compelling to non-Christians.

Third, science can better society. When I was a child, I sat in front of the TV and watched episode after episode of Carl Sagan’s “Cosmos.” (For the record, I didn’t turn out to be an atheist.)

Of course, Sagan was an ardent atheist, but he also represented something of significance. The show captured the fascination people have with science and how it is often seen as a great liberator of the world from future pain, problems and challenges.

They are, in many ways, right, and this is one reason Christians should be engaged in the sciences. The fact is, as we find better ways to farm, powerful new medicines to heal and more effective ways to power our society, the poor benefit, societies are transformed for the better and the world looks and is more of what God intended it to be.

Christians are to champion the good of their city and society as a whole. Leveraging scientific study and achievement for the betterment of people is an entirely Christian thing to do.

I’ve never mentioned, in print, my academic focus in college, perhaps because I did not pursue my original plans. I ended up being a pastor, earned a Ph.D. in missiology and became a researcher.

Yet, my major was in natural sciences. I had the privilege of studying with people of faith—and people of no faith—about what the creator created. For me, it simply reinforced my deep awe at God’s power and goodness.

God would later redirect my life, but having an undergraduate degree in natural sciences has given me a better understanding of God as creator. When I think about mitochondria, RNA, wave theory, and every other little thing I learned in my undergraduate education, I’m grateful it allowed me to pass on to my children a love for science.

I’m thankful for the time I spent in science and for my children sharing my appreciation of it, because I’m hopeful they will not be afraid of knowledge, but they, along with many other Christians, will reclaim the great Christian tradition of scientific engagement, achievement and advancement for the glory of God and the good of his creation.

Join the conversation on Facebook
Tags:
Creation and Cosmos | Evangelicalism | Naturalism
Posted:
May 22, 2015