American culture is becoming less conducive to Christian values—it's a reality. The question is: what will the church do?
Ed Stetzer 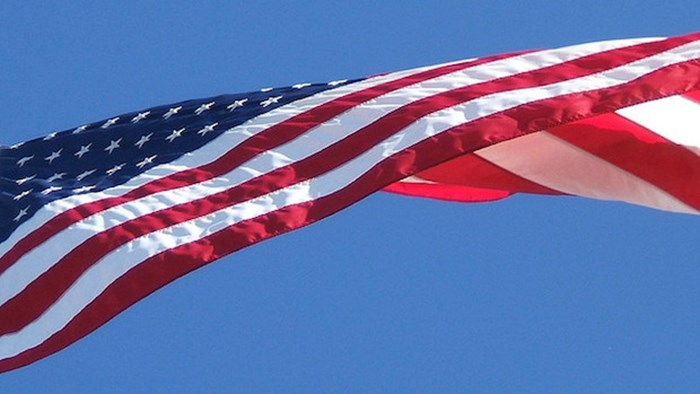 Whether we admit it or not, many evangelicals in America believe, deep down, that the church in America is the hope for Christianity and the spread of the gospel worldwide.

In some ways that's an unhelpful impulse, particularly when you consider how well the Global South church is doing compared to the church in the Western world. Yet, when you look at our actions, we seem to think we’ve got it all figured out, when that clearly is not the case.

For a number of reasons, I believe that there are actually a few countries not normally considered “evangelical powerhouses” from which Christian movements may be sparked that could affect the global spread of the gospel.

I can’t point to the particular place it might occur, but I believe I could point to the type of church culture in which revival could easily break out. I could also point to where, at least for a while, it’s probably not going to happen—American church culture.

American evangelicalism must learn how to engage culture from the edges instead of the center.

American evangelicals are facing important decisions as to who we are going to be and how we are going to address the constantly changing culture around us. However, I think that movements are more likely to happen in places where Christian faith is more marginalized, rather than battling for the center.

The Church and Culture

Culture and religion in the United States has morphed in a way that will cause our churches to wander with uncertainty for decades, unsure of what it is they’re supposed to do to engage their culture. We have already begun the journey, and churches don’t know if they’re supposed to battle the culture, defeat it, slay it, withdraw from it, or embrace it.

It is a tricky time.

Movements come for many reasons—and they are deterred by many other reasons.

Yet, one of those reasons has to be the uncertainty with which we are engaging culture around us.

For example, how can we expect people to be open to the gospel we preach when we’ve just called them bad names on Facebook for their political views? I've written on this before, in what became a controversial and well-read article, but it is part of the issue.

Engaging from the Edge and not the Center

American evangelicalism must learn how to engage culture from the edges instead of the center. Why? The church is no longer the epicenter of political and social circles.

I'm not saying that this is all a good thing. I don't think, for example, that we should celebrate the decline in self-identified Christians in recent surveys.

Yet, the fact is that we increasingly are at the margins, and that also provides an opportunity.

But for the most part, our churches are still poised for ministry in the old cultural mindset. They expect to be heard and respected. They expect to have the power. They expect culture to fall in line under the leadership of the church, but culture is just not listening.

Until American churches understand how to live and work in our specific version of an increasingly post-Christian culture, they will struggle with effectiveness for the gospel.

I say our specific culture because we also need to realize that we are not other countries or continents. I hear it said all the time that Europe is the future of the United States. I get the sentiment that Europe is post-Christian, but it is not post-Christian America.

It is a completely different social and religious history (think religious wars) than the United States. So, the edge is different, but it is still present.

Sadly, it will take some time for our churches to learn and implement new thought processes that lead to a different type of missional engagement within our culture. There is a tough road ahead, as American evangelicalism will likely spend the next couple of decades fighting with the very people we are trying to reach in the process of changing our sub-culture.

That's not all the fault of the Christians, but it still is real and needs to be acknowledged.

It is my prayer that evangelicals in America would wake up to the cultural reality in which we live.

Conversely, there are evangelical churches around the world that have been on mission in post-Christian cultures for some time. They’ve already been through the process that America now faces, and some of them are poised to see effective transmission of the gospel—and maybe even a great revival spark within their cities and towns.

Learning from Other Countries

I recently spoke to the Evangelical Free Church of Canada (EFCC) regarding this issue. I told them I believe Canada to be one of the places where the church has engaged better within a post-Christian context and has great potential. The cultural reality in Canada, the winsome spirit of the church, and their passion for the gospel could very well break forth and make a significant impact on the English-speaking Western World.

That is my prayer.

I believe that American evangelicalism could learn a great deal from its Canadian counterparts, and I told my Canadian brothers and sisters to stop looking to us to learn, but instead, to teach us. (I should add that we can learn much from the Global South, but for this moment, I am talking about the English-speaking Western world.)

It is my prayer that evangelicals in America would wake up to the cultural reality in which we live and reshape our approach to missional engagement accordingly. I believe we will, but I think it is going to take time. Yet, we can see the future, in some ways, already—just look north.

Bill Taylor, the EFCC national leader, shared a bit about this at my blog recently, when he wrote on "Mission and Ministry after Losing the Culture Wars." In that article, he explained:

Since we at EFCC began to act more like first-century Christians in Canada, we have planted more churches and shared the gospel with more regularity. We have a long way to go, but maybe, just maybe, our new disenfranchised status will move us to focus on what is most important, and to rely on the Spirit's power for life and ministry. When we do, He will help us learn to speak the truth in love. May we embrace our weakness, may we ask our God for His strength, may our attitude, beliefs and center lead us to share good news once again with people who desperately need to hear it.

Now, engaging from the edge is not all that I believe on the issue—and I don't think it answers every need. We will need culture engagers, defenders, and creators in the years to come. But, we also will need to rethink ministry and mission in a world where convictional Christians have lost the home field advantage.

There is much that we can learn from our brothers and sisters around the world who have walked the road we are just now beginning to traverse. I pray that we would be humble enough to listen and learn from them, and maybe we could bypass some of the struggle that seems to be headed our way.