Remember the lives people have given to maintain the freedom we have to worship in this country.
Ed Stetzer 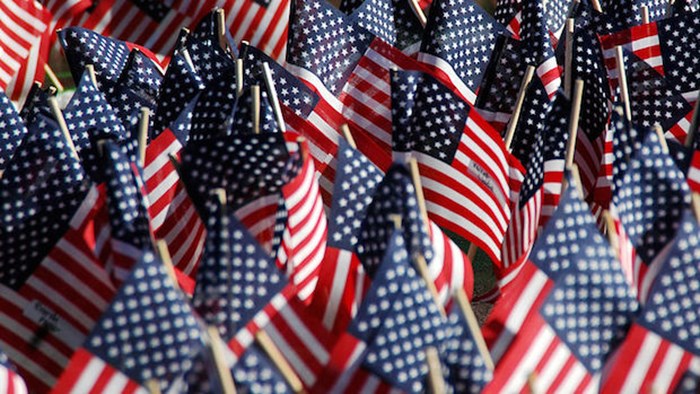 Although I am in Brazil, I think that patriotic days like this are important—and as a dual citizen, of the United States and the Kingdom of God, I celebrate these days even when I am far away.

So, today, my family and I will take a moment, thank God for the freedom we have in the nation we lived, and pray for the families of those who have lost loved ones in the service of our nation.

In memory of this United States Memorial Day, I am posting a speech was given over fifteen years ago by Reverend J. Thomas Shelley of Zion (Shaffer's) United Lutheran Church in Seven Valleys, Pennsylvania.

I've posted it below for your reading and consideration about how we might consider memorials.

On Memorial Day of last year I found myself doing something which I had never done before; indeed, something which at one time I could not even have conceived of doing: conducting a service of worship.

Memorial Day has been largely abandoned to Veteran's groups conducting military services in a few larger cemeteries. The response of the Church has been either to ignore the day altogether, or to so drape it in red, white, and blue that the nation—and not the Triune God—becomes the object of devotion and worship. It was probably because of the excesses of the latter that I found myself among the former—among those who ignored the day.

But years of passing by a cemetery on the way to worship time and again have had a profound effect upon me. "I believe in... the communion of saints," always (to use Luther's phrase) "most certainly true" has become more than just words in a Creed; but a constant, discernible presence of the faithful departed of every age.

So also have years of coming increasingly frequently to the Lord's table had a profound effect upon me. The communion of saints is not found in a cemetery, but in, with, and under the Presence of the Living Christ; who is Himself present in, with, and under the bread and wine of the Holy Communion. We meet and greet the saints at the table of their Lord.

Yet it was reading a children's book on the patriotic holidays that stirred me to action; for it was only then that I discovered that in the years just following the Civil War the day was observed by holding church services (which were filled) and not by going to stores (which were closed). Now—as with so many customs of our culture—Memorial Day's observance has been almost entirely reversed. And in that reversal the day's original and highest meaning has been lost.

So it was that on Memorial Day of 1998 a small congregation assembled to hear the Word and share the Supper and to enter the hallowed ground of the cemetery for concluding prayers by a Civil War veteran's grave.

Much to my surprise, it was one of the most moving services of the year. I was at first struck that the first folks to arrive were some of our oldest and very faithful women, some of whom began to attend to the Altar, even though, for some, it was not "their month."

The Altar, since the earliest days of Christianity, has most often been constructed to resemble a sarcophagus, that is, an above ground burial vault. In the first centuries, services were held on the vaults of martyrs. The attention given to the Altar seemed very much like the attention given to the Civil War casualties' graves in Columbus, Mississippi, that began the Memorial Day customs of "decorating" the monuments of the fallen; and, on a yet deeper level, the faithful love shown by the women of the disciples who "came to the tomb early..."

Touching, too, was to see our Bill Clark and his family seated in a front pew. Bill—a Pennsylvania National Guardsman—had come in uniform.

But most touching of all was to watch the Clark family—even long after the service had concluded—visit each monument in both the old and new cemeteries that had been decorated with a miniature flag by the York County Veteran's Council .

Willie and Jennie Clark will remember that this day is set aside for more than picnicking, fireworks, and shopping at Wal-Mart.

It is so blessed to obey God's command to teach our children diligently—to instruct them in the meaning of each feast that we keep. For God spoke through Moses concerning the Passover: This day shall be for you a memorial day, and you shall keep it as a feast to the Lord, throughout your generations you shall observe it as an ordinance forever... And when your children say to you, 'What do you mean by this service?' you shall say, 'It is the sacrifice of Lord's passover"

And God later spoke through St. Paul concerning the greater Passover and the greater Deliverer:

Christ, our Passover, is sacrificed for us. Therefore let us keep the feast.

As we keep the memorial of our Passover—our passing from Death to Life through the death and Resurrection of Jesus Christ—as we keep the feast, we are assured of the Presence of the Risen Christ. And we are doubly assured of His presence as we instruct our children on the feast; for then His final Beatitude is given to us:

Make disciples of all nations... teaching them to observe all that I have commanded you, and lo, I am with you always, even to the end of time.

I'm thankful, today, for those who gave their lives in the service of my nation.