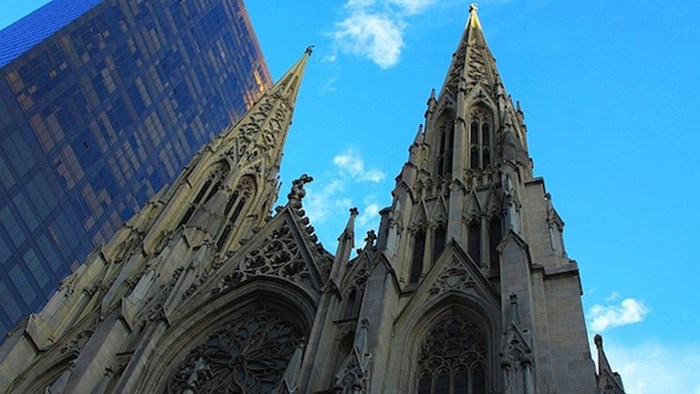 The Catholic Church’s American downfall: Why its demographic crisis is great news for the country—Patricia Miller

It’s all about polls today… First, take a look at how progressive writers use the data about Catholicism.

What is interesting is that other polls do not show the same trajectory in Catholicism.

Of course, if the numbers would have gone up, I’m sure that would have been spun differently. And, I wonder, does the fact that the number of evangelicals went up in the same survey mean anything?

The big news out of the new Pew poll on Americans and religion was the precipitous drop in the number of Americans calling themselves “Christian” and its potential impact on the Christian Right and future religion itself in the U.S.

But there’s another number lurking in the poll that may prove just as consequential: there are 3 million fewer people calling themselves Catholic today than in 2007, the last time Pew conducted their extensive poll. As a result, the share of the U.S. population that identifies as Catholic dropped from approximately 24 percent to 21 percent.

Why is this such big news? Because despite unpopular popes and still-simmering pedophilia scandals, the percentage of Catholics in the U.S. has remained remarkably steady for decades. The relative stability of the Catholic population allowed many on the Catholic right to dismiss calls for reform in the church and gave the Catholic bishops political clout when it came to opposing things like no-cost contraception in the Affordable Care Act in the name of “Catholics.”

But now it appears that the Catholic Church is in a demographic free-fall, as it sheds adherents faster than any faith other than the mainline Protestant denominations, which have been in decline for decades. Nearly one-third of all American adults were raised Catholic, but a stunning 41 percent—four in ten of those who marched to the alter in their little white First Communion dresses and suits—no longer identify with Catholicism.

And, then we look at the evangelical numbers (see earlier comments).

It’s, again, a fascinating counter to the evangelicalism-is-dying publishing complex. (By the way, Rod is Eastern Orthodox.)

Understand what she’s saying here. If current trends continue — and Leah cautions that this model is not predictive, but rather is meant to cast light on which churches and faiths are better today at retaining and attracting new members — Catholicism would come very close to collapsing in this country. The big gainers are the Nones and Evangelicals. If the current trajectory continues, America is on track to be significantly less Christian country, though it will still be able to claim a Christian majority, and the kind of Christian most Americans will be — by a long shot — will be either Evangelical or Mormon (who, as non-Trinitarians, are not seen as technically Christian by other Christian churches, but who are plainly within the
Christian tradition).

And, one last poll that shows two things, as I see it:

1. How fast society is changing. The Irish vote is quite stunning.

2. How prevalent the conversation is mainstream culture and, perhaps the prevalence of LGBT characters in mainstream media.

Same-sex marriage is one of the fastest-moving social issues in U.S. history, having become legal in state after state as Americans cheer it in ever-growing numbers. But one thing is slightly off-kilter: Americans seem to have absolutely no idea just how many of their fellow citizens are lesbians or gay men.

In fact, they think that 23 percent of Americans, or almost one in four, are are gays or lesbians, a Gallup survey released Thursday revealed. That's way off: The polling organization most recently found that less than 4 percent self-identify as lesbian, gay, bisexual or transgender.

It's unclear why people think there are six times as many lesbians and gays as there actually are.

"Part of the explanation for the inaccurate estimates of the gay and lesbian population rests with Americans' general unfamiliarity with numbers and demography," Gallup ventured, noting that people also overestimate the size of the African-American and Hispanic populations in the U.S., although usually only by a factor of two. "The overestimation [of the size of the gay and lesbian population] may also reflect prominent media portrayals of gay characters on television and in movies, even as far back as 2002, and perhaps the high visibility of activists who have pushed gay causes, particularly legalizing same-sex marriage."

Kelly Rosati, the Vice President of Community Outreach at Focus on the Family, joins Ed Stetzer on this episode of The Exchange to discuss civil and successful cultural engagement and Irreplaceable the movie. Don't forget to join me every Tuesday at 3:00 PM Eastern for The Exchange.