Church leaders must consider who Jesus spent time with and seek to follow his lead. 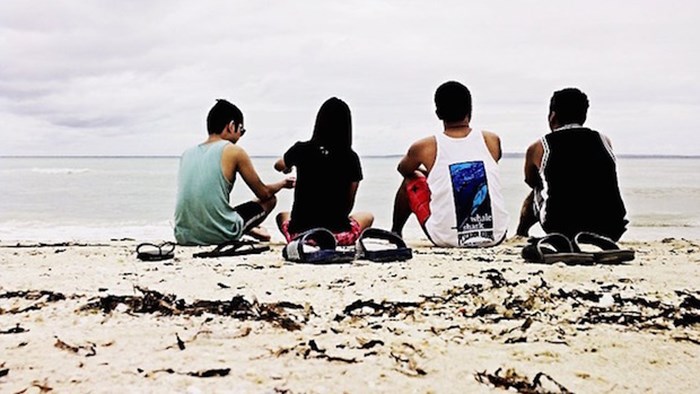 Today's post is by Micah Fries. Micah works on my team here at LifeWay and is helping lead the charge on the New Churches initiative. Read more posts like this on church planting, leadership development, and more at NewChurches.com.

Remember how moms, for years, have been saying, “You are the company you keep?" I get their point, but I think, while that has some merit, there is a missional impulse that calls us to invest in and help influence gospel change in others – rather than just be the object of their influence. The problem is, too often, as church planters, pastors and leaders we think of our responsibility to influence and change others in almost exclusively corporate terms. In other words, “How do I influence the church?” I would push back and encourage you to think about multiplication through a personal, rather than corporate, lens.

So what does that have to do with the kind of people we, as leaders, hang out with? If we are going to personally make disciples then we need a strategy for making those disciples. And if we are going to have a strategy for making disciples, it probably ought to look like Jesus’ strategy. When I look at Jesus’ life and ministry, I notice that he persistently spent his time with two often-overlapping groups of people; those with leadership potential and the marginalized. He didn’t necessarily pick people who were in significant leadership positions; he chose men and women who had the potential to be strong leaders and he invested his time with them. What’s more, his ministry was marked by a commitment to marginalized people. This is why I love the gospel of Luke so much. No other gospel consistently displays Jesus’ intimate love for people who were segmented on the fringes of culture – and marginalized by cultural norms of their day.

If we are going to personally make disciples then we need a strategy for making those disciples.

With that in mind, I think every leader who wants to lead like Jesus has an obligation to invest in people who fit in both of those categories.

Those With Leadership Potential

Luke 11:31-32, “Simon, Simon, look out! Satan has asked to sift you like wheat. But I have prayed for you that your faith may not fail. And you, when you have turned back, strengthen your brothers.”

All leaders lead. Good leaders develop. Great leaders deploy. This is a mantra that I have believed for quite a while. Unfortunately we have measured leadership based on one’s ability to effectively accomplish tasks. This definition needs to be rewritten. The top of the leadership spectrum belongs to those who can find people who may even be undervalued, but who have leadership potential.

Great leaders help those people achieve that potential. The greatest legacy for a leader is not what they do, but who they develop. Throughout my ministry I have tried to identify two to three people who have the capacity to grow as leaders, and spend time with them, investing in them, hoping to leave a legacy of leadership behind me. To do this requires a reorientation of our expectations for ourselves to the degree that we reshape job descriptions, schedules and performance goals around this commitment. As I have worked to invest in others around me I have learned that the content of our time together is less important than our actual time together. In other words, learning by experience in the context of life situations is a significantly better teacher than mere outline and syllabus.

We see this in Jesus’ own life. While each of the 12 disciples, apart from Judas, are good examples of Jesus developing leadership potential in a bunch of formerly rag-tag followers, the story of Peter, in particular, stands out. From this overly zealous, act-first, think-later sort of fellow, Jesus molded him into the leader of the early church. The Peter we see in Acts 2, as he preaches and 3,000 people begin to follow him, is shockingly different from the pitiful Peter that we see just a few short days earlier, cursing the little girl in the courtyard and denying Jesus on the night he was most needed by his friend. Jesus developed leaders.

Those Who Are Marginalized

Matthew 11:19, The Son of Man came eating and drinking, and they say, ‘Look, a glutton and a drunkard, a friend of tax collectors and sinners!’

Beyond just developing leaders, however, Jesus invested in, believed in, and gave value to marginalized people. In a way I think this is even more important than raising up leaders because a commitment to the marginalized is a distinctly Christian commitment. It should matter to Christian leaders that we raise up leaders, but non-Christians also understand the importance of raising up leaders. Loving, investing in and giving voice to marginalized people is not exactly the most popular pattern for the average person, but it ought to be a priority for the average Christian, and particularly for Christian leaders.

Consider Jesus’ track record. Women? Samaritans? Children? Sinners? Diseased? Poor? I could go on and on with the list. Each of these groups were undervalued, and even dismissed, in the context that Jesus found himself in. Jesus was committed to each of these groups of people, and took apart popular perceptions that diminished their value. Most of these people couldn’t give anything of great value to Jesus. In other words, his commitment to them wasn’t an effort to engender some sort of quid pro quo relationship.

Disciples aren’t made in crowds; they’re made in community.

Who in your community is most marginalized? Most often located on the fringes of acceptable society? Most beaten down and dismissed? I am convinced that you ought to make it a practice to identify them, and to make real, genuine, friendship/relationship with them a priority. What’s more, we shouldn’t do this just to “win them to Christ.” Of course we want them to believe in Christ, but we can’t dangle friendship like a carrot – or a spiritual bait-and-switch, using it to get close so that we can really get to what we want to get to with them. Instead we need to invest in marginalized people because Christ values them. In each of them is the Imago Dei, and when society says they are worth little, a genuinely Christian response is to hold them up as an example to the world that they are deeply valued and loved. Our behavior among them should be the same as if Jesus himself was among them. We want to model for them what it looks like when King Jesus shows up and sets the world right.

So, let’s get back to our original question. Who do you hang out with? Who are your friends? Who do you care most deeply for, and extend yourself most often on behalf of? If we want to be with Jesus, I think we will find others that can be developed as leaders, and we will give our team, energy and affection to marginalized people. It might just be that God will honor that, just as he honored it when Jesus did so.