Relating across generational lines can be difficult. How do people of varying ages understand each other better?
Ed Stetzer 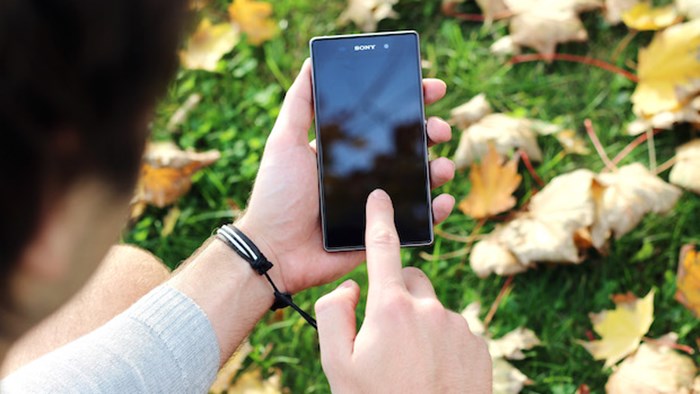 Now and then here on the blog, we'll feature a book and share 20 truths from it that give you a good idea of what the author has to say. We've done it recently with a book by Derwin Gray and J.D. Greear. Today, we are sharing 20 Truths from Generational IQ: Christianity Isn't Dying, Millennials Aren't the Problem, and the Future is Brightby Haydn Shaw. Haydn researched and helped clients regarding generational differences for over twenty years. In Sticking Points, he seeks to do the same. Generations often have difficulty meshing together in the workplace or otherwise, and Haydn wants to help in Sticking Points.

I believe Haydn's book is helpful, and my hope is that you'll check it out after reading the follow 20 truths from it.

1. In previous eras, there were only three generations. The oldest generation had the money and made the decisions, and the younger generation of adults raised the children and did what the older generation asked them to until their parents died, and then their turn came to be in control. Changes in families and churches came slowly and naturally, with little disruption. (13)

2. But today, for the first time in history, we have five generations in our families, churches, and communities. (13)

3. Generational intelligence doesn’t make the key teaching of Jesus to “love one another” easy, but it does make it easier. (19)

4. Each generation has spiritual strengths and temptations that were shaped by the ideas and images of the times in which they grew up. (30)

5. We’ve been telling young people for twenty years that their generation could be the difference makers, that their lives could be big and they are dreaming too small. It’s time to tell their grandparents the same thing. (39)

7. Generation X is the most misunderstood and invisible of the generations. The name itself illustrates the problem. Generation Xers don’t like the label. (63) 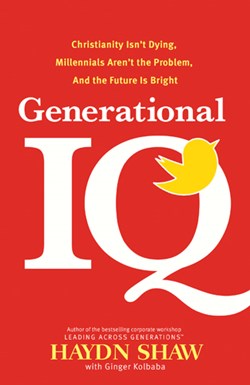 8. What Jesus taught about love and sacrifice only makes sense because of what Jesus thought about God. You might admire Jesus, but you won’t follow him if you think he was wrong about God. It wouldn’t make sense. (75)

9. It’s good that after five hundred years of anti-faith thinking, people are more open to spiritual things. It’s encouraging that people still admire Jesus. But Gen Xers are the first generation to face “true for you but not for me” for most of their lives. (76)

10. Millennials are confident. Their parents and teachers convinced them they are special, and the Millennials believe it. In one survey, 96 percent of Millennials agreed or somewhat agreed with this statement “I can do something great.” Not one respondent disagreed strongly. (83)

11. Startlingly, 34 percent of the Millennials interviewed said they didn’t know what makes something right or wrong, although most could explain some basis for their moral reasoning: (92)

12. Just as computers can get hacked and bad software installed, an alternate version of Christianity, which I call “Be Good, Feel Good, Live Your Life (God Is Watching),” has replaced the Christianity of the Bible and the historic theology of the church. The majority of people, but especially Millennials, think it’s Christianity, although a minority understands the difference. If you get nothing else from this book, you must get this—it’s that dangerous. (99)

13. Let your emerging adults know you love them and that you want to treat them as adults, and if they live at home, that you want to live in an atmosphere of mutual affection and respect. (136)

15. If God is great and God is good, then there’s a good reason behind every command he gives us, and in today’s world we have to emphasize the reason instead of the command so that people are willing to see the beauty of the command before they accept it. (152)

16. God made us sexual beings even if we don’t ever have sex. He wants us to find our sexuality rooted in him instead of in our bodies. There are three central reasons sacred sex is more beautiful than vital sex. (168)

17. I never worry that Christianity will disappear, but I am terrified that the Millennials who grew up in the church aren’t significantly more orthodox in their theology than those who didn’t. (196)

18. Hoping your church can reach everyone puts the focus on your church, not on the people you’re trying to reach, and in no time you’ll be asking the dead-end question again. Go young or grow old together—both benefit the Kingdom of God. Just don’t fool yourself into thinking you can do both if you keep doing what you’ve been doing. (207)

19. So why does your church’s youth ministry stop after high school simply because the public school system is structured that way? Why can’t a couple of the youth leaders who worked with them in high school follow up on them after they scatter to college or the workforce? That simple change alone would reduce the number who drop out of church in the years immediately after high school. (211)

20. We may dedicate forty meetings to discussing how to change our church to reach younger people. We need to start talking with Boomers and Traditionalists about their struggle to welcome the Xers and Millennials without feeling like they’re losing their home, because our silence is making the changes much harder than they need to be. (218)