What might we learn from the Scriptures about advocating for those who feel wronged?
Ed Stetzer 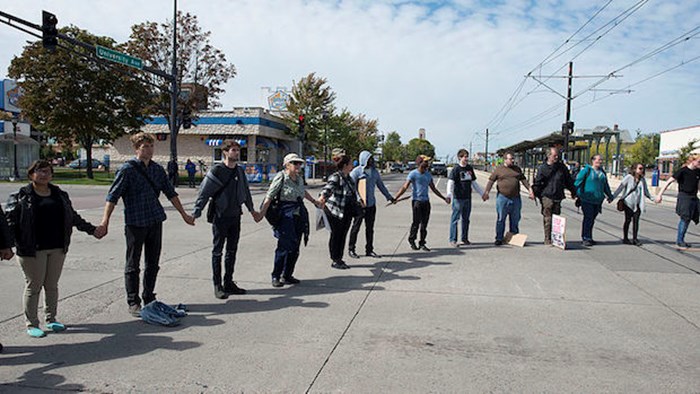 The Hellenist widows were upset. They were being overlooked—treated unjustly.

They did not believe they were valued like the Hebraic widows.

It was hard to avoid the racial and ethnic issues of the conflict.

The Hebraic widows, who were more ethnically aligned with the majority of the church leaders, were just fine. They did not see the issue. Why were these Hellenists so upset? What’s the big deal anyway? A widow is a widow, right?

But, the Hellenist widows WERE being overlooked; they were being treated differently, and valued differently—because of their ethnicity.

So, they spoke up.

When their experience confirmed to them a pattern of discrimination, they started a hashtag, #HellenistWidowsMatter to explain that they, too, were important. They mattered. Their needs and lives were important.

That made some people uncomfortable.

Some dismissed the Hellenist widows as attention seekers. They started a competing hashtag, #AllWidowsMatter, because, they explained, no one was better than anyone else.

The people who started #AllWidowsMatter meant well—they wanted to affirm the value of all widows. Since “all” included the Hellenistic widows they couldn’t see a reason their hashtag was in any way a bad thing—all widows matter.

But, all widows were not being devalued, the marginalized Hellenistic widows explained, the Hellenistic ones were.

Everyone knew there were a lot of Hellenists around Israel doing a lot of bad things. They had some real bad apples, and it was believed parts of the culture itself contributed to the problem.

Sure, Hellenist widows mattered, but let them fix their bigger problems before worrying about some injustice they are facing at this moment.

Some wondered, if we say #HellenistWidowsMatter does that mean we are affirming all the problematic things in their wider culture?

Instead of being divisive we should say, #AllWidowsMatter and move on. Besides, a lot of those widows were widowed because on Greek on Greek injustices.

But, the apostles saw a better way, because they understood the root of the complaint was legitimate. How did they handle this racial concern?

Not one apostle would think that.

See, the apostles knew that everyone believed that #AllWidowsMatter. That’s why the early church had ministry to widows in the first place. They heard the hurting widows, and identified with them in their hurt. This led them to address the need rather than dismissing it.

They learned this from Jesus.

A similar, and actually true, story happens in Acts 6.