InterVarsity, #BlackLivesMatter, Criticism, and Three Suggestions for the Future

What are we to make of the recent InterVarsity comments on #BlackLivesMatter?
Ed Stetzer 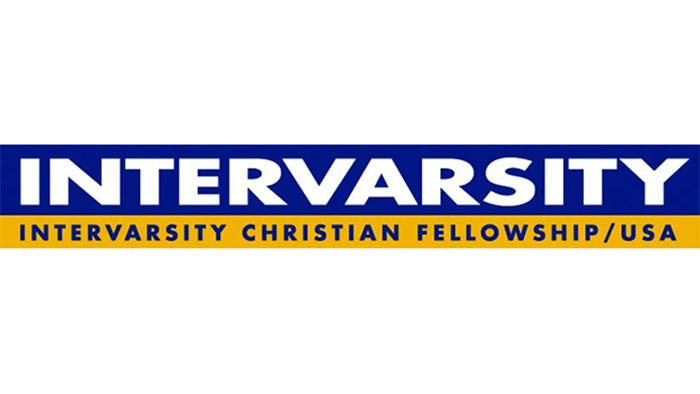 For more than 60 years, InterVarsity Christian Fellowship has been a leader in discussions about race and diversity among evangelicals.

It began after an incident in the late 1940s, according to former InterVarsity president Alec Hill, who stepped down earlier this year, after being diagnosed with cancer.

Here’s how Hill tells the story:

‘One of my favorite InterVarsity stories involves a Trustee, who in 1945 volunteered to host a Bible study in her home,” Hill wrote in 2003. “Unexpectedly, a staff member invited several Black students. When the Trustee objected and threatened to report the staff member to the entire Board, the latter responded—a la Dirty Harry— “please do.”

As a result of this incident, the Board passed a resolution forbidding racial segregation at InterVarsity events and calling for unity in the body of Christ. This was a gutsy decision, a clarion call for biblical justice in an era when Jim Crow was alive and well.

Today, InterVarsity has become one of the most diverse evangelical ministries in the United States. Of its more than 40,000 students, only 46% identify as White Americans.

Conflict is Inevitable in Conversations about Race

When you wade into conversations on race, conflict and criticism are inevitable. Even if (or because) you are a leader in the conversation—like InterVarsity—you are bound to cause controversy and occasionally to be unclear (or misunderstood).

As I’ve waded in to conversations on race and ethnicity recently, hosting about a dozen blogs about racial tension / Ferguson, co-leading a widely-debated conversation on race and justice at the National Civil Rights Museum, and seeking to elevate persons of color, I’ve experienced the criticism that comes with such conversations—at each turn.

And, now, InterVarsity is the focus of much of the criticism, including from many friends of mine.

At issue InterVarsity’s public embrace of the #BlackLivesMatter movement during the recent Urbana conference meeting in St. Louis.

When you wade into conversations on race, conflict and criticism are inevitable.

Higgins also pointed out that the 16,000 students at Urbana had gathered not far from where an African-American man was burned to death in the 1800s by an angry mob for refusing to help apprehend an escaped slave. They were also not far from Ferguson, Missouri, where the death of Michael Brown set off angry protests and sparked a national conversation about race that continues today.

InterVarsity’s support for Black Lives Matter caused controversy—in part because of some of the speaker’s comments were perceived as critical and dismissive of the pro-life movement.

Last week, InterVarsity’s interim president, Jim Lundgren responded in a statement. “Scripture is clear about the sanctity of life,” he said. “That is why I’m both pro-life and committed to the dignity of my Black brothers and sisters.”

In that statement, InterVarsity distanced themselves from the anti-police rhetoric. (As one who comes from a law enforcement family, I was thankful for the clarification.)

They also explained that #BlackLivesMatter isn’t just a slogan for its students. The issue of race is a day-to-day reality for InterVarsity students, according to the statement:

Many Black InterVarsity staff and students report that they are physically and emotionally at risk in their communities and on campus. About one-half of those at Urbana 15 are people of color, including more than 1,200 Black participants. InterVarsity chose to participate in this conversation because we believe that Christians have something distinctive to contribute in order to advance the gospel. … [W]e believe it is important to affirm that God created our Black brothers and sisters. They bear his image. They deserve safety, dignity and respect.

I agree with them. Black lives matter.

Speaking Up on Issues of Race

As such, I am glad that InterVarsity cares about issues of racial justice. I’m also glad they had the wisdom to clarify their comments.

The Black Lives Matter movement is not one organization with a clear set of values, but a diverse group of activists—and InterVarsity needed to clarify what they were endorsing, and what they were not endorsing. And, they have.

I also know that in these conversations about race, we’re all going to get it wrong or be misunderstood at times. Speaking up, by its very nature, invites criticism. But such criticism should not keep us from speaking up.

Ironically, as I write this article, outside of the normal opposition whenever we say there might be systemic justice issues to address, by far the most frequent critics of my involvement in conversations around race, ethnicity, and justice have been individuals connected to InterVarsity.

When we received several comments from current and former InterVarsity staffers on the same day, after seeking to elevate persons of color, one of my team sent me a note, "We keep getting comments like this. This is why white people don’t do more to promote minorities. Whenever they try, they do it ‘wrong.’"

I understood the comment, but I think that’s the wrong response. Instead, we should expect criticism, clarify when we are unclear, and move forward together.

Criticism is not a Calamity

Criticism is just part of it, to be expected and not to push us away from these issues. Stepping into multiethnic conversations means offending people—and being offended.

The issue of race in America is too big for the church to ignore because someone criticized us. As InterVarsity put it in their statement, racial reconciliation is “an expression of the gospel” and “an important practice in preparation for global missions.”

As a missiologist, I can agree that racial reconciliation is both a gospel issue and a very real issue in global missions. It’s quite appropriate for Urbana to deal with racial issues, even though the vast majority of the conference was focused on missions, inductive bible study, and engagement—not racial justice.

But we have to remember that issues or race and justice are complex and fraught with potential misunderstandings. So, we clarify as needed.

So, as one who has been criticized by InterVarsity people on these very issues, perhaps it might seem odd for me to defend them. But I value their passion and leadership on this issue—even when we disagree.

As such, here are three things we can learn from the situation.

First, assume the best of fellow evangelicals in these conversations. InterVarsity has paid the price for its orthodoxy and its commitment to the gospel. Those who were quick to think that InterVarsity had suddenly moved left should remember their long history of faithful witness to the gospel. Give them the benefit of the doubt, look at the conference as a whole (not just one speaker and a few sentences), and look at their clarifying statement.

Second, let’s appreciate the attempts of others to speak into the situation. All of us who speak about race in America have needed to clarify at one time or another. I have. But I’m thankful for conversation they are surfacing—and encourage you to join in with wisdom and discernment. InterVarsity people might critique you as they have me—or they might get critiqued—but isn’t some criticism worth bringing a gospel focus into issues of justice?

Third, let’s all work for justice in the midst of this turbulent time. I’m deeply concerned that a large segment of the African American community—many of whom are my brothers and sisters in Christ— believes that their lives do not matter to the rest of us. So, I will join with InterVarsity in saying black lives matter.

I also appreciate the comment that “all lives are sacred” from the same statement, because it helps us to understand why lives matter.

Yet—and this is important—if people feel it necessary to say that their lives matter, isn’t it worth asking why they feel the need to say that?

Benefit of the Doubt

So, these are difficult issues to discuss and I’m thankful that InterVarsity wants to discuss them. It’s dangerous, indeed, but still important.

They’ve shown courage to address controversial issues, and courage to clarify when the needed to do so.

Moving forward, I look to InterVarsity to continue to reach students, promote global missions, and, yes, to lead the conversation on diversity. As they do, I’d encourage all of us to give InterVarsity the benefit of the doubt that they’ve earned after decades of faithful ministry to a generation that cares deeply about justice and serving Jesus.

InterVarsity, #BlackLivesMatter, Criticism, and Three Suggestions for the Future