Religion in America: An Interview With Greg Smith of the Pew Research Center

Greg Smith, of Pew Research Center, recently shared his perspective on religion in the United States with me.
Ed Stetzer 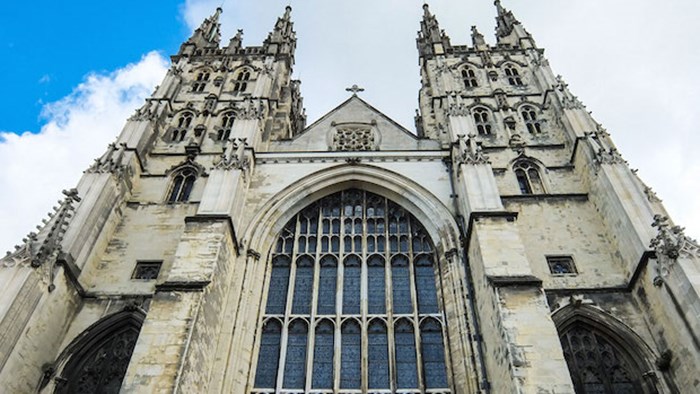 Last month, I had the opportunity to talk with Greg Smith. Greg is Associate Director of Research at the Pew Research Center. Pew's work has been much in the news, and I am a bit of a frequent commenter on their research!

People ask me, often, if I have confidence in Pew. And, I do.

I could do without some of the sensationalized headlines that reporters use, at times, to report on Pew, but I have great confidence in them and their research.

So, I was glad to be able to interview Greg on some trends in U.S. church life.

Ed Stetzer: What’s going on with Americans and their religious belief and practice?

Greg Smith: I think there’s a lot of really interesting changes that are underway in the American religious landscape. I think the number one thing to point out is that the United States remains a highly religious country. Nine in ten Americans say they believe in God. Most Americans say religion is very important in their lives. Most say that they pray every day.

The United States is certainly much more religious than much of the rest of the industrialized world. So I think that’s the number one thing to note.

In terms of trends, however, the data suggests that the United States may be becoming gradually a little bit less religious. We see that in a few ways.

When we ask people about their religious identity—what religion they consider themselves to be a part—we see a rapid increase in the number of people who say they have no religion: those who describe themselves as atheists or as agnostics, or as just having no religion in particular. That group is growing quite rapidly and now makes up almost a quarter of all U.S. adults.

All of those numbers have ticked down at a rate of about three percentage points over the last seven years or so.

So it’s modest change, but we’ve done a couple of big studies and we think we’ve picked up on some real changes that are underway.

ES: The headlines from your most recent student focused on a general decline of religiosity, an increase in secularism, but then the devout are remaining somewhat steady.

GS: Yes, it’s very interesting. This study is a very large study that we did in 2014. We called it the Religious Landscape Study. It’s the second time we’ve done a study of this kind.

What the data show is that, as I mentioned, the religiously unaffiliated are growing. As they grow, that group is actually becoming even less religious than it was to begin with. And that’s what’s serving to tug down on the overall rates of religious observance we see among the public as a whole.

The number of highly observant American adults really has not changed very much in recent years.

At the same time, the data also show very clearly that even though the religiously unaffiliated are growing, the vast majority of American adults continue to identify with a religion, primarily Christianity.

What has changed is that there’s been very rapid growth in the number of adults who are not particularly religious. And it’s their growth that’s helping to change the proportions when you look at the country as a whole.

ES: Talk to us a little bit about that next generation. What do your numbers show us in that emerging generation?

So yes, generational replacement is a big part of what’s behind the trends we’re seeing.

Now that of course raises the question, "Well what does this bode for the future? Isn’t it the case that people tend to become more religious as they get older? That as these young millennials settle down and have families and begin careers, won’t they come back to church?"

I think that’s a fundamental question.

And in our studies, we’ve only got two studies done, seven years apart, which is certainly not definitive in charting out the life course of young adults today. But we haven’t seen any evidence in these data that older millennials, those who are just entering adulthood and in their early twenties when we first did the study and who are now in their late twenties and early thirties, that group shows no signs of having become more religious over the last seven years or so.

In fact in some ways just the opposite. If anything, older millennials as a group might even be less religious today than when we first did this study in 2007.

So this is something we’re going to have to keep an eye on moving forward. But that’s what we’re seeing so far.

Come back next Friday for part two of my conversation with Greg Smith.

Religion in America: An Interview With Greg Smith of the Pew Research Center

Religion in America: An Interview With Greg Smith ...