However you vote this year, don't be motivated by fear.
Dan Darling and Micah Fries 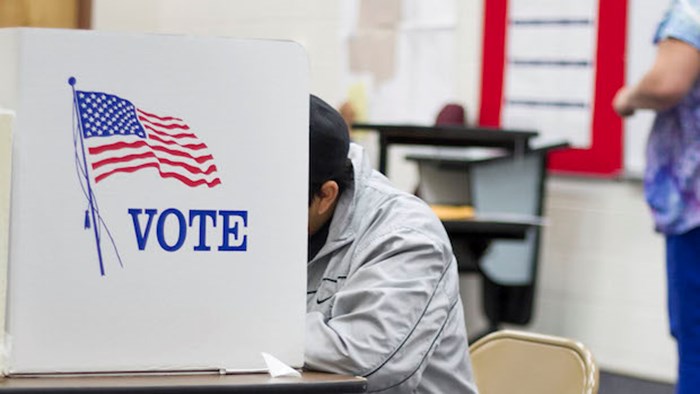 I find their comments helpful, and I hope you do, too.

Fear has always been a factor in democratic elections. During economic recession or war, fear clarifies the choice of the electorate for a candidate who promises to create prosperity and guarantee safety. In sunnier times, fear helps the electorate choose the one who will keep the good times rolling.

The 2016 election seems to be shaped by fear in a ways that are concerning. ISIS’ deadly acts and threats, the volatility of the Chinese financial markets, North Korean dictators who play games with nuclear weapons, Iranian provocations, and Russian aggression have Conservatives favoring candidates employing increasingly divisive and often dehumanizing rhetoric. Conversely, images of disturbing police shootings, economic inequality, and Wall Street malfeasance have Liberals flirting with socialists.

While fear might motivate the unbelieving masses, it should not capture the Christian.

Dennis Goldford, professor of political science at Drake University in Iowa who studies the intersection of religion and politics said, "Fearful and angry people vote. People may well vote to advance certain kinds of ideals, but they will also vote if it's a matter of self-protection."

Naiveté is no virtue, so we are not in favor of Pollyannaish disengagement. But Christians must be willing to ask themselves some hard questions. Is irrational fear driving our cultural and political engagement more than it should? By angry public statements in support of the candidates they prefer, are Christians demonstrating a gospel-shaped view of the world and of the future? When Christian theology is communicated in the language of fear it distorts the very words of the Bible. Love for our neighbors must overcome the temptation to abandon a Christian ethic in pursuit of political victory.

The words, “fear not” are used more than 110 times across both the Old and New Testament. These inspired words come from a God who knows our human frailties and understands our weaknesses. We are instructed not to fear even when there are visible reasons to fear because the Lord Jesus Christ has conquered all things creating human fear. The Bible sets up fear and faith as polar opposites. When fear rules, faith fails. Where faith reigns, fear falls.

Constantly bombarded with temptations to fear, Satan and his minions torture believers by provoking them to abandon their trust in God and bury themselves under the weight of fearful circumstances. Fear is momentary atheism that denies God’s goodness, his ability and his plan. It reduces the majesty and power of God in our hearts and shrinks him as one who is effectively powerless. It deceitfully whispers the lie first spoken in the Garden of Eden – your Creator is not a good Father. This scenario is repeated every time we yield to irrational fear.

Anthony Showalter and Elisha Hoffman penned the words of this hymn:

Does this not read as nonsense in our time? Simply reading Twitter timelines gives us much fodder for dread. Terrorism threatens our way of life. Human dignity is being assaulted on every level. Corruption infects our institutions.

While fear might motivate the unbelieving masses, it should not capture the Christian. A biblically informed trust in Christ transforms fear into confidence that God holds the future in his hands. It fills believers with the courage to be on mission for God in a very dark world. Governments will fail, economies may crumble, moralities might shift, but Jesus remains the same - yesterday, today, and forever. While the news cycle might deliver daily news of the realities of a fallen world, Christians have a Savior who a Savior who whispers a word of peace in our storms.

No one knows who will win the coming Presidential election. We must fulfill our duties as citizens of this great nation because we love our cities and seek their welfare, working for the common good. But we do this not with fear, but with joy as we look beyond this election cycle to that eternal city to come, whose builder and maker is God (Hebrews 11:10).