Racial diversity in local churches is a preview of eternity.
Ed Stetzer 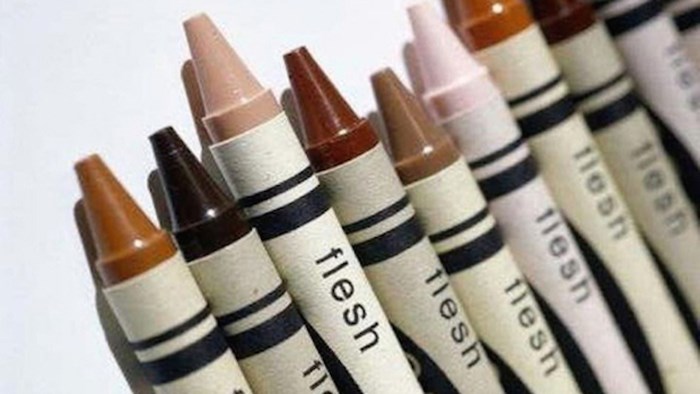 We in the U.S. churches face challenges related to racial diversity. Our churches remain majority mono-cultural, as do many of our personal relationships. The “church homogeneity principle” has come under critique, while a push for more multi-ethnic churches grows.

Today I want to consider that churches should not only be racially diverse, but be intentional about being so.

Diversity, according to the Merriam-Webster Dictionary, is defined as the state of having people who are different races or who have different cultures in a group or organization. It can also mean the quality or state of having many different forms, types, ideas, and the like.

With these two definitions, it is no wonder Martin Luther King Jr. once pointed out that Sundays were the most segregated (most homogenous) day of the week. With regard to racial reconciliation and diversity on Sunday mornings, not much has changed for almost a half century. The majority of churches clustering for their worship gatherings still remain mainly homogenous.

However, in recent years there has been movement towards embracing and enacting diversity within denominations and churches. Globalization, urbanization, and the onslaught of media coverage of racial turmoil have played a huge role in resuscitating the discussion and importance of diversity and racial reconciliation among evangelicals. And I think for the sake of the gospel and the mission of God this is a great thing.

In his book, The Big Sort, Bill Bishop notes something that is interesting but shouldn’t surprise us. He argues that although America has become increasingly diverse, the places where we live are wrought with people that live, think, and vote like us. In other words, Americans tend to be homogenous creatures clustering in like communities within a diverse culture. Sadly, this is still, in large part, existent within the church.

For some people diversity is not an issue. Pigmentation, background, socio-economic class, culture, or accent doesn’t make them skittish. In fact, something about diversity makes them feel alive. However, there are those of a minority culture or ethnicity who find like community in a different and overwhelming majority culture. For instance, a Korean single or family who moves to the greater Los Angeles area may find community within a Korean church. The Korean church may provide a place for the single or family to get established and feel empowered for life in a new area. I think people, particularly Anglo leaders like me, should understand such gravitational pull towards a homogenous community.

However, the bigger issue is the people who oppose and intentionally neglect diversity. While diverse, multicultural, multiethnic, multiracial, multigenerational churches exists, many do not. In fact, LifeWay Research found that 53% of churchgoers disagreed with the following statement: “My church needs to become more ethnically diverse.” In other words the majority of believers are comfortable with the level of diversity that exists within their church.

In addition, only 20% of pastors and staff even speak about racial reconciliation and diversity. These two stats are disappointing.

But I think the current evangelical and cultural environment lends itself to the church embracing action on this issue. The truth is that God is creating a people (singular) for Himself from all peoples (plural)—people from every tribe, nation, tongue, and people group (see Rev 7:9; 5:9). Therefore, the beauty of heaven should be reflected in the diversity of the church. Multi-ethnic churches are a preview of God’s eternal kingdom.

But we know—historically and currently—this is not easy. We know this in our congregation. But the difficulty of diversity should not stop us from working towards diversity. We have made some strides, but have a long ways to go.

Any church that will be bold and audacious enough to tackle diversity—and overcome their homogenous tendency—will need to teach, model, and implement these five truths of diversity.

Truth One: Diversity is Biblical

We don’t have to journey far into the biblical narrative to see God’s heart for diversity. Genesis 10 provides the chart of nations that were created from the debacle at the Tower of Babel. It was to these nations God promised to bring blessing through Abraham.

Fast-forward to Jesus, He commissions the disciples (and His Church) to the nations. That is why in places like Acts 15, Ephesians 2 and 3, as well as Galatians 3, the New Testament addresses the mystery of the Jew and Gentile diversity. It also describes the difficulty many Jews had with a diverse church.

The struggle with heterogeneity has been present since the birth of the church. But, because diversity is biblical, church leaders must address it regularly.

Given that many believers and churches have struggled with diversity for over 2,000 years, both must be aware of and embrace the sacrifice that comes along with the inclusion of people from different backgrounds, socio-economic classes, races, ethnicities, and cultures. The most basic sacrifices believers and churches may need to sacrifice are their cultural preferences. This can include style, music, and structure. To create an environment for diversity we must create a diverse environment.

The Jews struggled with ethnocentrism—believing they were better or superior than Gentiles—which is something that many Anglo-Americans struggle with. However, if we are to establish conducive environments that breed diversity, many will have to forgo their pride and snobbery and be willing to include, follow, and even learn from others.

Diversity isn’t something that happens naturally—which should be clear from history—it’s something that takes place through the intentionality of others. Therefore, churches must help create diversity through the intentionality of: hiring a diverse staff, creating diversity within the corporate worship environment, and providing small group environments where diversity intersects with real life. If left on their own, the majority of people will navigate to the comfort of homogeneity. If you want diversity, you must be intentional.

I love what Trevin Wax said about diversity in his article, I Want a Bigger Bible: “The more voices we have access to, the bigger our Bible gets—the more we see what is there, behind our cultural blinders.”

What Trevin is essentially saying is that diversity within the church benefits all the church. Diversity broadens our perspectives, understanding, and even application of Scripture. Diversity is like the old milk commercials, “It does your body good.”

There’s no denying the diversity of our nation. The cities and communities where we live, the educational institutions where we learn, the places where we work, and places of recreation are all environments where diversity can be found. Since few of our churches across America embody a diverse congregation most are in a position of having to play cultural catch up.

Thankfully, many are working to catch up and will continue to do so.

For diversity to take root and flourish in our churches will require, at the very least, churches to paint a biblical vision through the preaching and teaching ministries, work hard towards cultivating the seeds of diversity in sacrificial and intentional ways, exhort people to lay their cultural and ethnic pride on the altar of God’s glory and mission, and understand the rich benefits of having a diverse community.

In living out these five truths of diversity, our churches will reflect more of the eschatological kingdom of God in the here and now!