How we respond to the church in exile?
Ed Stetzer 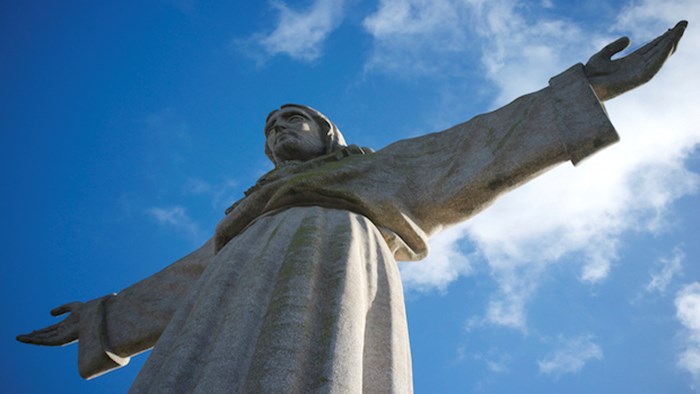 Churches have a mission that God has given. This is beyond dispute. But, we cannot overlook the personal mission that comes with being a follower of Christ.

Paul wrote in 2 Corinthians 5:20, “We are ambassadors for Christ, certain that God is appealing through us.” You want to talk about a mission? Paul says he is certain God is working through us. This is both wonderful and challenging.

In the West, churches that take biblical authority seriously are entering a new season. The transition of nominals to nones will, in the long term, cause the biblically faithful to be marginalized from society.

With that being the case, I think ultimately we are going to have to teach people to live as exiles. I believe the exile will be more of a motif people use to describe the church in its current situation here in the West.

Look at how we have progressed to this current state. A hundred years ago, the church was the chaplain to the culture. It functioned as the moral guardian. However, that role eventually waned. The church became viewed as the disapproving parent of the culture. Eventually, nobody cared any more if the church approved or disapproved. Now, the church is left standing as an exile within the culture.

The Pew Research Center’s Forum on Religion and Public Life reported in 2011 that 66 percent of evangelical Protestant leaders who live in the Global North (primarily Western countries such as the U.S.) say their influence in culture is waning. In the U.S., Protestant leaders are especially pessimistic. Eighty-two percent say that their influence in their communities is declining.

In his book The Church in Exile: Living in Hope after Christendom, Lee Beach gives this example:

Even in the United States, where Christian faith continues to play a more prominent role in national affairs, one can easily find anecdotal evidence of how Christianity is slowly moving from the center of culture to a more peripheral role in many parts of national life. An example of this is in the US’s own 9/11 memorials. Three days after the horrible events of September 11, 2001, a memorial service held in Washington offered a distinctly Christian perspective, including Rev. Billy Graham as guest preacher. However, another memorial service was held shortly thereafter at Yankee Stadium in New York City, and this service was hosted by Oprah Winfrey and included a variety of religious traditions. This was a signal of the shifting religious landscape of America, telling those present and those watching around the country that Christianity, while still a part of American life, no longer held the exclusive place that it once did in times when the nation came together and looked to religion for answers.

We have to learn how to relate to our culture as an exiled church full of pilgrims. The problem is that a significant number of churches have either forgotten or ignored the mission of God, or the missio Dei.

As I wrote in The Mission of God: Essays and Letters, missio Dei describes the nature of the God we encounter in the Scriptures. God is a sending God, a missionary God, who has called His people, the church, to be missionary agents of His love and glory. The Church, therefore, properly encourages all believers to live out their primary calling as Christ’s ambassadors to those who do not know Jesus.

The ministry of reconciliation is applicable to both its native culture and in cross-cultural ministry throughout the world. In this sense, every believer is a missionary sent by the Spirit into a non-Christian culture activating the whole of his or her life in seeking to participate more fully in God’s mission.

As the people of a missionary God, we are entrusted to participate in the world the same way He does—by committing to be His ambassadors. Missional is the perspective to see people as God does and to engage in the activity of reaching them. The church on mission is the church as God intended.

The problem is that a significant number of churches have either forgotten or ignored the mission of God.

Instead, churches have become little more than suppliers of religious goods and services. They are more concerned with crafting a good service (music, preaching, ambience, etc) to keep their clients happy. And as a result, we have a disengaged and an uninvolved church.

One issue closely connected to this idea is the reality of an individual mission. While one of the greatest temptations in western society is hyper-individualism, there is a personal aspect to mission that must be addressed. We’re going to have to learn to live as exiles and ambassadors in our cultural context. The question we have to ask ourselves is: What is the individual’s role in the mission of God? How do I live as an everyday missionary?

While we must focus on the corporate church joining on mission, we must also give attention to the individualistic mandate. A simple example is my wife who lives on mission in a variety of ways. One way is tutoring children of undocumented immigrants. She loves kids and recognizes the vulnerable position they are in. It’s not a ministry of our church or a church function. It is an example of an individual follower of Christ living on mission in the context she finds herself. We join in with the missio Dei on both a corporate level and an individual.

The mission of the church and people on mission are not mutually exclusive; they are complimentary. When all members are on mission as individuals, the church will be more effective in fulfilling the mission God has for it.