Burning bridges will cost you in the long run.
Ed Stetzer 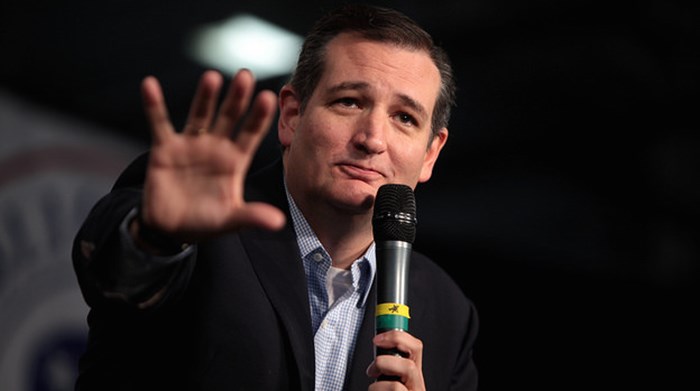 I don’t generally blog about politics.

The Faith of the Candidates series was the most extensive series I’ve done on politicians, though I wanted to focus on their faith. Furthermore, I’m an officer of a non-profit organization and my endorsement (or non-endorsement) impacts LifeWay, so I’ve not publicly supported any candidate.

I find it fascinating, though, to consider politics through the lens of stats or the lens of leadership. It’s to the latter I turn today.

Ted Cruz seems to be an effective politician and GOP leader. Many consider him brilliant—“off the chart brilliant,” according to Alan Dershowitz.

Cruz ran a well-fought campaign from the margins. In a different year Cruz could have been the nominee, but he and Donald Trump often drew from the same voter pool… and Trump drew more.

In February, Ted Cruz speaking on Meet the Press said, “Conservatives are continuing to unite around this campaign.” Yet, they did not—at least not enough.

The postmortem on the Cruz campaign has already started. I imagine many things will be discussed about the campaign and the candidate, but already some have started to discuss his interpersonal relationship challenges.

And, all of us can learn from that discussion.

If you Google “Ted Cruz reputation” you can see that it was not just his political opponents who did not like him, it was a lot of conservatives as well.

Now, this week, there are some sour grapes from the Cruz campaign that Marco Rubio did not agree to a unity ticket. That story contributes to the larger Ted Cruz narrative.

Here is the point: when Ted Cruz reached out to many—when he was the only viable alternative to Trump—people who would naturally oppose Trump simply did not have any positive relational connection with Cruz.

In other words, when Cruz needed friends, he started too late. Cruz had burned too many bridges to start building them in time to win.

Therein is a helpful lesson for many Christian leaders.

Years ago, I headed up a national ministry. I had a remarkable amount of difficulty working with one leader in what was supposed to be a partnership role. My experience confirmed the reputation he’d gained in such partnerships.

Then, through a twist of fate (providence), he ended up working for me. He came in to my office and said, “I hope that we can work together even though I’ve been difficult.”

I assured him it would be possible to work together, but that our relationship needed to change right away. And, to his credit, it did.

However, he had burned too many bridges with other people to be effective in the role.

Years later, he confided in me that he wished he had been a better partner early on so he had some relationships later.

I image that Ted Cruz might have had similar thoughts last week.

A Lesson for All

This article is not intended as an endorsement or non-endorsement of Cruz, Trump, or any other candidate. It’s just an observation that a particular candidate was often disliked, yet still effective in a campaign—until he needed friends and partners.

If you were a Cruz supporter (and in our last LifeWay Research poll, Cruz was the #1 choice of pastors), Cruz’ strengths and weaknesses are probably not new to you. In other words, he was an attractive candidate to many voters. But, any fair-minded observer, Cruz supporters included, knew the relational issues were a problem. That’s not a political statement (at least not after Cruz suspended his campaign), it’s a relational one.

And, the relational lesson is worth considering.

I’ve seen the same thing in many “get it done” Christian leaders. I wrote a series in 2012 on Unhealthy Christian Organizations (links below). Such organizations seem to be disproportionately led by people who are disliked by the people who work close with them, though the leader is often embraced by the masses.

My guess is that Ted Cruz will learn from this moment. At least I hope he will.

But, the question is, what can we learn from his situation?

It’s easy to say, “Well, he was just standing up to the corrupt Republican establishment.” Perhaps that was part of it. (I won’t make the full case here, but there is plenty of evidence that for many people the issues with Cruz were less ideological and more interpersonal.)

I think it is better to realize that you can disagree without being disagreeable.

So, if you are a pastor or a church leader, let me share some thoughts so we can learn from the Cruz situation.

Second, those who disagree with you need to be dealt with respectfully.

In the case of the pastor or Christian leader, remember that you are on the same team, even if you think there are different ways to get there.

Third, being perceived a jerk catches up with you eventually.

In the case of the pastor or Christian leader, strong leadership does not require you to be a perceived as bully or a jerk.

Fourth, when you need a helping hand, those you’ve alienated will not be around to help.

In the case of the pastor or Christian leader, remember that the model of the scripture is to be at peace with all as far as much as you can (Romans 12:18).

Let me say, in closing, that I think that the media often unfairly portrays candidates, and I don’t buy into every caricature that the media can create. Yet, now that we are past the politics on this issue, let’s learn from the mistakes.

Perhaps Ted Cruz could have turned the tide at the end if he had not burned so many bridges at the beginning. Sure, maybe his rhetoric helped him to be noticed, and I am sure that included his willingness to call people out publicly. Sometimes that is the exact thing that is called for in the moment.

But his interpersonal relationships seem to be what he needed at the end, and lacking them cost him support when he needed it the most. When Cruz reached out at the end, few reached back.

Let’s learn from Cruz’s relational challenges and avoid our own. I promise you, this is a needed lesson in many Christian leadership contexts.

Join the conversation on Facebook
Tags:
Politics
Posted:
May 9, 2016