Evangelical Views of the 2016 Election: "Jill Stein is my imperfect candidate." 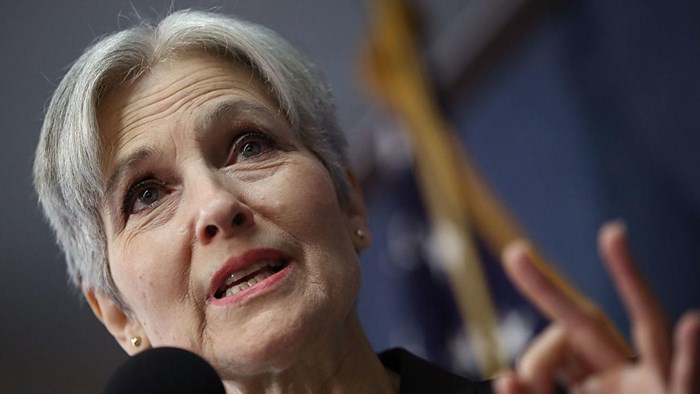 Today we welcome to the conversation Stephen Waldron, theologian and Bible teacher. 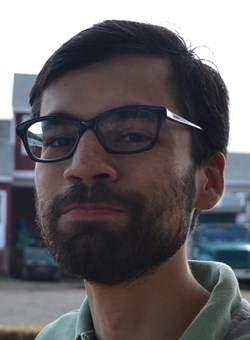 My political viewpoint is shaped by both my Evangelical faith and my personal experiences.

My faith has been shaped mainly by the Pentecostal and Anabaptist traditions. From my Pentecostal heritage, I draw the belief that the Holy Spirit is actively working among lowly and marginalized people. From the Anabaptist tradition, I have learned that peacemakers who follow the teachings and example of Jesus will be ignored at best and martyred at worst.

Coming from that perspective, I am going to vote for Jill Stein, not because she is any sort of savior or perfect politician. I only hope to send a small signal that things are not going well at the far corners of the empire. The other major candidates do not have policies that cohere with a biblical approach to justice, as I understand it.

The Jesus I know is one who immigrated to our planet and was rejected by its citizens. The last thing Christians should support is the rejection of human beings who are made in God’s image simply because they are not light-skinned and English-speaking.

Evangelicals sometimes talk about “welcoming the stranger,” citing Bible verses like Leviticus 19:33-34. For many Evangelicals, this issue directly affects us or members of our families. The level of anti-immigrant and white supremacist rhetoric and anger unleashed by Donald Trump’s campaign is, to borrow an old-fashioned word, an abomination.

There is little reason to believe that Hillary Clinton would change course on the issue. Although she talks a good talk on immigrant rights now, in 2014 Clinton supported sending Central American child refugees back to some of the most violent places in the world. Still, Clinton seems to respond to political pressure on the issue of immigration, and Jill Stein is one of the main sources of pressure to move toward a more welcoming and less punitive approach to immigration policy.

The Jesus we read about in the Bible was killed by the great empire of his time. He wasn’t the one doing the killing. While his teachings about love for enemies (Matthew 5:44) might not mean absolute pacifism, nor do they leave much room for a massive nuclear arsenal and a globe-spanning network of military bases.

Donald Trump has claimed that the United States has a depleted military that needs to be rebuilt, while Hillary Clinton has been an advocate of major military actions in places including Iraq, Libya, and Syria. Clinton has touted endorsements from foreign policy officials who were the architects of previous wars. Jill Stein argues that the United States should cut back on its foreign military bases. She also opposes sending billions of dollars in military aid and equipment to countries that have repeatedly violated human rights, such as Saudi Arabia, Egypt, and Israel.

When Jesus taught his followers to walk two miles if someone forced them to walk one, he wasn’t just telling them to be nice people (Matthew 5:41). Like Native Americans today, Jews in Judea and Galilee were living under occupation by military and police forces of European descent. The person forcing a Jewish person to walk one mile in that example was a soldier forcing an indigenous person to carry his equipment for a mile.

As theologian Walter Wink has pointed out, Jesus was teaching a form of non-violent resistance. By proposing a new course of action, the person being oppressed was refusing to passively submit to the soldier’s command.

In North America, indigenous people have faced violence, land theft, and cultural genocide for centuries. While non-natives like myself may like to think that those things only happened in the past, they are still occurring today. At the Standing Rock Indian Reservation in North Dakota and South Dakota, thousands of native people have been nonviolently resisting the construction of the Dakota Access Pipeline. This oil pipeline would destroy ancestral land containing graves and endanger the water supply of Sioux people living in the area.

While Donald Trump, Hillary Clinton, and Gary Johnson have remained silent about the current struggle by native people to protect their land and water, Jill Stein joined Sioux and other native people in committing acts of civil disobedience to block the pipeline construction.

Jesus began his ministry by proclaiming “good news to the poor,” quoting the prophet Isaiah (Luke 4:16-19; Isaiah 61:1-2). Among other things, this proclamation of release from captivity and freedom for the oppressed alluded to the unfulfilled promise of the Year of Jubilee (Leviticus 25:8-55). In that year, land (the basic form of wealth at the time) was to be redistributed so that all of God’s people had a home, while slaves were to be freed.

As economists like Thomas Piketty have shown, the United States is enduring growing income and wealth inequality. Hillary Clinton’s campaign insists that “America is already great,” while she proposes minor reform measures to deal with economic inequality and poverty. But with over 30% of children living in poverty in 2014, the United States has one of the highest child poverty rates among developed nations. That is not a sign of an “already great” nation. Jill Stein’s support for public health insurance, a $15 minimum wage, and a full employment policy points the way toward seriously reducing child poverty.

While Evangelicals have become known for opposition to abortion since the late 1970s, too often we have sounded as if we cared more about the survival of fetuses than about the wellbeing of children. Since the vast majority (up to 73%) of women who have abortions in the United States do so for economic reasons, policies that alleviate poverty have a direct impact on welcoming children into a hospitable world.

I don’t agree with everything that Jill Stein has said or done. I do not even believe that she is prepared to actually be president. Like most voters, I haven’t found a perfect candidate. But Stein’s policy positions do generally reflect Christian values in areas where the state has overwhelming influence that can either harm or help vulnerable people: immigration, war, indigenous rights, and economic policy. While I recognize that others have good reasons for supporting other candidates, this Evangelical believes that a vote for a non-practicing Jew is the right one this time around.

Join the conversation on Facebook
Tags:
None
Posted:
October 6, 2016

Evangelical Views of the 2016 Election: "Jill Stein is my imperfect candidate."