Christian ministries are not insulated from the hyper-speed of change in the twenty-first century.
Larry B. Jones 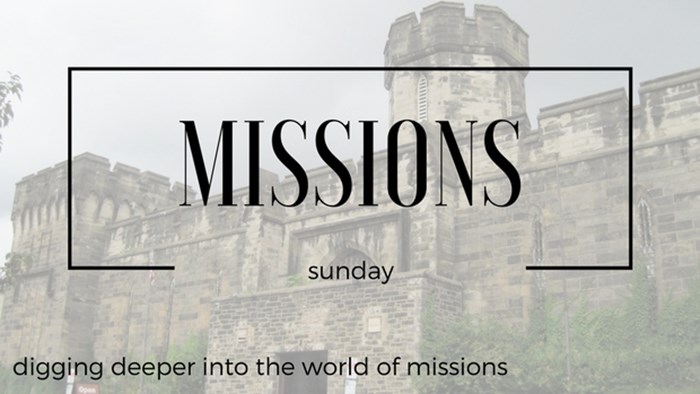 Image: Laurie Nichols
I’ve spent several decades studying missiology and the life and practice of Christians as they reach our world for Jesus. We are all familiar with the mission of the Church—that is, fulfilling all that Christ has commanded of us and representing Him in our world. But too often, missions is sidelined or misrepresented. Missions Sunday is a new series I launched in January that will help us cross cultural, religious, and ethnic boundaries to introduce and further the work of the gospel. And as publisher of Evangelical Missions Quarterly (EMQ), I see no better place to draw content from than this 52-year-old publication, which has been a beacon of best thought and practice from missions leaders and practitioners from around the world.

Read Must-Haves for Innovation in Missions, Part One (Pilot Projects; Rigorous, Honest Evaluation; The Role of the Champion).

Supporting a culture of innovation often leads to the discovery of benefits which were not in view when an experiment was initiated. A well-known example in the business world is the discovery of the adhesive for Post-it notes. While attempting to invent a new strong adhesive in 1970, 3M researcher Spencer Silver ended up creating a very weak, apparently useless adhesive. Four years later, his 3M colleague Arthur Fry thought of a use for the weak adhesive as a movable bookmark that would stay put but not damage pages. Thus the genesis of Post-it notes, which appeared in the global marketplace in 1980 (The Great Idea Finder, 2006).

Being alert to the possibility and strategic merit of unintended benefits is crucial to maintaining a fruitful culture of innovation in mission. In 2011, The Seed Company tested two new methodologies for Bible translation in India, both of which surprised us with unexpected benefits.

The Video Audio Strategy for Translation (VAST) was developed as an accelerated methodology for crafting the script of the Jesus Film without dependence upon reading and writing skills. The Seed Company launched a pilot project in one language of southern India to see if a Jesus Film script produced in this fashion could be used as the basis for an accelerated translation of the complete Gospel of Luke.

However, after completing the translation of the Jesus Film using the VAST methodology, the language translators felt so empowered and enthusiastic about their new skill that they rushed ahead and drafted the entire Gospel of Luke in audio form in less than two months. They listened to an audio recording of the Gospel in their state language as a source text, then translated, checked, and revised it in an audio recording in their own language. Although the resulting translation needed much revision, the essential skill of translating in an audio medium was transferred in a way which immediately empowered the translation team. That fact changed the design of the experiment midstream.

During the same period we also tested an application of Internet-based crowd-sourcing to Bible translation in a language of northern India. We wanted to see if using a web-based platform allowing hundreds of people to participate together in a Bible translation process could yield results comparable in quality (accuracy and naturalness) to those obtained by employing highly-trained translators.

Well over one thousand speakers of the language, of all ages, participated in drafting several chapters of Luke in their language. In the end, we found the resulting translation still needed significant revision by trained translators to be usable. However, in the course of evaluating the process we discovered that pastors of the small church-plants in the area reported significantly increased church attendance as a result of people participating in translating scripture into their language. That unintended benefit, alongside our evaluation of the quality of the translation, led us to modify our goals and method for applying crowd-sourcing as a translation tool.

Innovation is a winding path with many blind corners. Noticing and capitalizing on the unexpected benefits is key to the process.

The history of science and industry is filled with examples of simultaneous, parallel inventions. The light bulb, telephone, atomic energy, and the airplane (to name just a few) were all concepts worked on feverishly at the same time by multiple parties who were competing to be the first to achieve success and commercial viability. There is something about the general growth of knowledge in the global community which seems to push certain innovative ideas to prominence, giving them time in the conceptual limelight, and generating human energy to bring them to practical fruition (see The Technium, 2009).

The phenomenon of parallel invention can be seen in Christian ministry also. For example:

As we think about parallel invention as it applies to missions, a few lessons stand out, lessons which contrast with behaviors in the wider business world. Our eyes need to be open to others outside the mission context who may be applying the same idea in ways we can use.

Unlike inventors who race to get the credit for being first, our focus needs to stay on the interests of the kingdom. We need to be more concerned about what is being done for God’s glory and less concerned about what group gets credit (Mark 9:39-40). A spirit of comparison and competition doesn’t come from God. This should lead us to share information freely and be open to the possibility of collaboration in innovation. Good ideas eventually need to be taken to scale and shared widely. That process in particular calls for humility in sharing and also in receiving good ideas. Being generous and meticulous to give credit when building on the work of others develops trust and facilitates collaboration.

Any time a leader wants to encourage a culture of creativity in an organization, he or she must be willing to accept a certain amount of risk. This risk can come in various forms, the most obvious being the risk of failure. When you are trying something new, you can’t be sure it will work. As a result, you have to be willing to accept the possibility that it will not work, and you will lose your investment in time and finances. This is a cost of innovation in any enterprise. (3)

The case of the translation resources for East Asian translators cited above is an example of a failed experiment. Let me share another one. Over the last few years, The Seed Company has engaged three different consulting groups to help us formulate an instrument for assessing the impact of the Bible translation projects we sponsor.

The reason we engaged three different groups is that the first two did not succeed in devising the tool we were looking for. From one perspective, these earlier two attempts could be seen as expensive failures. However, they do represent the cost of innovation in a domain of vital importance to us. Here are some lessons we learned:

Another risk of innovation is pushback. Attempting to accomplish something in a new way in any enterprise will often threaten people who are comfortable in or committed to the status quo. This phenomenon is well-documented and any leader who has sought to change the status quo has run into it. (5)

The anecdote with which I began this article is an example of mild pushback to innovation in a mission context. For a leader, part of managing innovative experiments is a commitment to shield them from being squelched too early by those uneasy with change. In a Christian ministry context, we strive to honor and respect the wisdom of these senior, experienced teammates without allowing their understandable hesitations to stifle creativity and innovation.

Another dimension of leadership in an innovative environment is recruiting new staff who are flexible and braced for the tumult of change. The Seed Company’s People and Organizational Development team has been deliberate in seeking qualified staff who can manage and, in some cases, welcome the exciting stresses associated with innovation and change.

Timing and messaging are also crucial to the introduction of new innovations. Fumbling in these areas can create additional pushback against an innovation. (6) New ideas can be exciting. Some of them hold the prospect of greatly improving effectiveness in ministry. Sometimes people can get so enamored with the bright prospects that they can project a hoped-for-potential to be a reality. We found this to be the case in our exploratory applications of crowd-source technology to the Bible translation task. Early on, the approach seemed so cutting-edge and exciting that some advocates were tempted to overstate the case, painting a picture of success and potential that goes beyond what we could honestly document from our research. This led some partners to oppose the idea early on, before we had had the chance to test and refine it. That opposition created additional, time-consuming leadership challenges for us, and it could have been avoided or at least decreased by proactive management of the messaging.

Christian ministries are not insulated from the hyper-speed of change in the twenty-first century.

Many of the changes around us represent threats to our future. Others are God-given opportunities, opening new doors and providing new avenues for effectiveness in mission. In this context, creating and supporting a culture of innovation in ministry is becoming a non-negotiable for all of us. May God give us grace and wisdom as we lead with vision and faith!

Larry Jones and his wife, Linda, served as Wycliffe members in Asia from 1980 to 2007 in Bible translation and administrative leadership roles. He is currently The Seed Company’s senior vice president of Bible translation.

[3] Peters and Waterman (1982, 209) refer to this as a “numbers game.” Companies that experiment with many different innovations see a lot fail, but the few that succeed do well enough to more than cover the inherent costs of the innovative environment.

[4] Peters and Waterman (1982, 231) describe the innovation process at 3M: “‘The odds on any one idea making it through to commercial fruition are approximately zero...There is no limit to raw ideas.’ So the champions are all over the place experimenting, spending a little. Mostly they fail....a few go all the way.”

[5] Resistance to change is a well-documented phenomenon. Dr. Spencer Johnson wrote the best-selling Who Moved My Cheese (1998) to encourage people to embrace and adapt to change. Kuhn (1996, 159) describes the introduction of new scientific paradigms as a gradual process of individual “conversions” to a new explanation of data. He also documents the dim prospect that some of those committed to the earlier paradigm never move to the newer one, despite mounting evidence and the movement of the preponderance of their professional colleagues. Peters and Waterman (1982, 211) refer to the champions of a new invention as pioneers and comment “pioneers get shot at...”

[6] Townsend (1970, 37) takes a perceptive, albeit a little jaundiced, view of the dangers of public communication about innovations at too early a stage.

Join the conversation on Facebook
Tags:
None
Posted:
April 16, 2017