Evangelism is inviting, encouraging, and inspiring travelers to journey with us to the City of God.
Sadiri Joy Tira 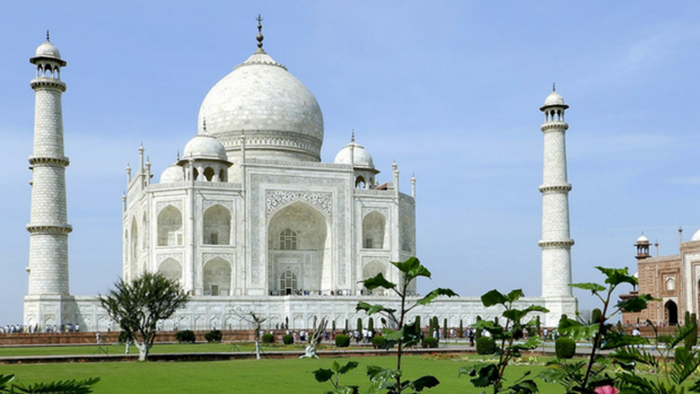 Over two decades ago, my friend, Raul, and I travelled to New Delhi, India, just for a day. We actually had no business in India, but going through India was the cheapest route to the Arabian Peninsula. Once we settled into our hotel, we hired a cab to the Taj Mahal, one of the Seven Wonders of the World, at the rate of $25 per passenger. We spent ten hours in the company of Divakaran, our taxi driver.

Admittedly, I was worried that Divakaran would rip us off on our way to the Taj Mahal. Perhaps I did not trust him because the hotel manager warned us to be very cautious of unscrupulous cab drivers. I reiterated that we should be brought to the Taj Mahal and not to some other location in India. After confirming our travel destination and total payment of $50, Divakaran expressed irritation! He turned around and looked at me and sternly chastised, “Look, if you don’t trust me, get out of my car and walk.” I refused to jump out, so I had no choice but to trust him.

We finally arrived at one of the most beautiful architectures in the world, the Taj Mahal. This beautiful tomb was commissioned by the Mughal emperor, Shah Jahan (reigned 1628–1658) in 1632, for his wife, Mumtaz Mahal. What a wonder to witness this incredible sight.

We thanked Divakaran profusely as we returned to New Delhi. After seeing the Taj Mahal, I felt compelled to tell him about Heaven, described as the most beautiful place in the universe. As we were stuck in a vehicle, he had no choice but to listen to my stories and biblical descriptions of my heavenly destination. For almost five hours of our return journey, we spoke of Heaven as a place not just to see, but a place to permanently reside for eternity. I told him, however, that unlike the Taj Mahal, Heaven is not a tomb, but a place full of life.

After what seemed like an eternity, Divakaran delivered us to our hotel after sunset without incident. We paid him the $50, and tipped another $50–a total of $100. He was very happy. Before we separated, I told him to wait, as I quickly ran up to my room. I returned with my preaching Bible as a gift to our new friend, and we were amazed to witness him decide to follow Jesus. I encouraged him to read the entire Book of John and he promised he would.

As soon as I arrived home in Canada, I mailed Divakaran a copy of the Jesus Film, based on the Gospel of Luke (VHS). Months later, Divakaran wrote to me saying “thank you” for the film, including with his letter a picture of many of his neighbors watching Jesus and listening to Jesus speaking in the Hindi language.

Many years later, on May 13, 2017, I was back in India speaking on the selected theme of evangelism and witnessing at the 43rd Commencement Exercises of the Eastern Bible College in Dimapur, Nagaland, India. There in Dimapur, over 300 graduating students, faculty members, church leaders, and guests, and thousands more across Nagaland watching the event on TV screens, heard this:

Let us not complicate evangelism. It is simply inviting, encouraging, and inspiring many travelers to travel with us to the City of God. The City of God is the most beautiful, majestic, wonderful, and peaceful city. It is governed by perfect righteousness and justice. Humans are all travelers from the Garden of Eden (a beautiful, but corrupted place) to their eternal destination Heaven (or Hell). If we Christians are convinced that Heaven is the place to live for eternity, then let us do all we can to encourage others to pursue Heaven.

Back to Divakaran who took Raul and I to Taj Mahal. I must confess my initial doubts in our driver, but when I trusted him, we reached and enjoyed the world-renowned Taj Mahal.

In sharing the gospel, we often use jargon that no one understands outside of our own communities. Our stories are often so complicated that they come out as dry and uninspiring to people outside our communities. Let us make evangelism simple. Let us talk more about Heaven and trust the Holy Spirit who is the ultimate guide and driver to the pathway that leads to the City of God.

Sadiri Joy Tira is senior associate for diasporas with Lausanne and diaspora missiology specialist with the Jaffray Centre for Global Initiatives at Ambrose University and Seminary (Calgary, AB, Canada).

Join the conversation on Facebook
Tags:
None
Posted:
August 17, 2017