For Black Christians, sexual harassment and assault are as much of a gospel issue as abortion.
John C. Richards Jr. 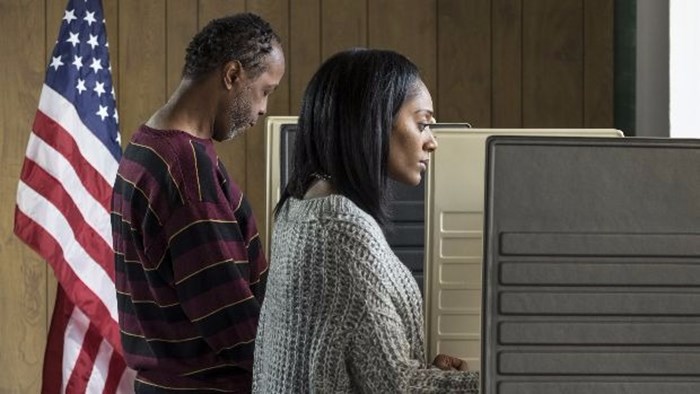 The Alabama Senate election was many things to many people, but one of them impacts evangelicals directly. You see, yesterday’s election was a monumental moment for evangelicalism.

Yesterday, evangelicalism found itself at a cultural crossroads. A Roy Moore victory would support the narrative that, when it comes to politics, many evangelicals have all but thrown morality out the door for the sake of values voting (the irony).

Exit poll numbers, on the surface, seem troubling. When asked if they considered themselves a born-again or evangelical Christian, 80% of Moore’s supporters answered affirmatively. Evangelicalism—at least those who self-identify as evangelicals—was in line for another reckoning.

Instead, Black voters, many of whom don’t self-identify as evangelicals (though are deeply committed to Christ), stepped in to save the day. Overall, exit polls showed that 96% of Alabama’s Black voters voted for Doug Jones.

And Black women led the charge.

In fact, it might be safe to say that #BlackWomen saved evangelicalism, with 98% of Black women voters in the state voting for Jones (93% of Black men voted for Jones).

Today, at the very least we can admit: Black Votes Matter.

The complacency of Black voters in off-year elections since Barack Obama’s time on Pennsylvania Avenue has been well documented. Over the past eight years, Black voter turnout for off-year elections has been paltry. This election was different. This election meant something. It was an opportunity for Blacks to do what they did best—recalibrating our nation in the voting booth. But that wasn’t always the case.

A little over 50 years ago, I wouldn’t be writing this article. Blacks would still be fighting for suffrage rights. Before the passage of the Voting Rights Act of 1965, Blacks were turned away from Alabama polls. State officials made Blacks take literacy tests. They administered moral character tests (again, the irony). From Bloody Sunday in Selma to Jim Crow laws, Black disenfranchisement is a not-so-distant reality. But, as history has proven, Blacks in the South pushed through and were federally guaranteed the right to vote in 1965.

That’s how the Black community has always been wired—especially Black Christians. For Black Christians, sexual harassment and assault (yes, even accusations) are as much of a gospel issue as abortion. For them, there is no separation of voting values and a social ethic because they have lived that reality for over 50 years.

Evangelicals were divided on what to do with Roy Moore. Black Christians were not. They sent a clear message. For Black Christians, political constituency mattered less than a holistic gospel ethic.

Ed Stetzer mentioned this issue in a recent NPR interview when he said, “If you change your view of ethics in order to support a candidate, that’s the definition of selling out and selling your soul.” And that’s the slippery slope evangelicals found themselves on with Roy Moore’s candidacy.

Throughout his campaign, Moore has kept his evangelical faith at center. As Stetzer points out here, others in the evangelical fringes compared the Moore allegations to an adult Joseph and teenage Mary. “Unusual” at best, but not immoral or illegal. Again, most evangelicals vehemently opposed those birth narrative exegetical acrobatics as unbiblical.

And to be fair, many evangelicals had withdrawn support from Moore as the election drew near. But, as we learned over the past year, the evangelical fringe can carry the day when it comes to elections.

Not so in this Alabama election. Although Blacks make up only 26% of the state’s population, they made up 28 percent of the voters in this special election.

They showed up. And, for the moment, they may have saved evangelicalism.

Now evangelicals won’t have to justify an ongoing response to Moore’s sexual assault allegations. He won’t bring his baggage to Washington. But evangelicals will have to answer questions about the overwhelming support born-again “evangelicals” in Alabama gave Moore in the special election.

Given the impact of fringe evangelicals, I think most evangelicals are more relieved today that Alabama sits on the Black Belt rather than the Bible Belt. But, if I’m honest, your Black brothers and sisters in Christ still need answers.

For now, suffice it to say—on behalf of my Black brothers and sisters in Alabama—you’re welcome.

Join the conversation on Facebook
Tags:
None
Posted:
December 13, 2017