Repealing Obamacare without a Replacement: How It May Hurt Small Church Pastors and Church Planters Near You

ACA repeal/replace has a lot of implications.
Ed Stetzer 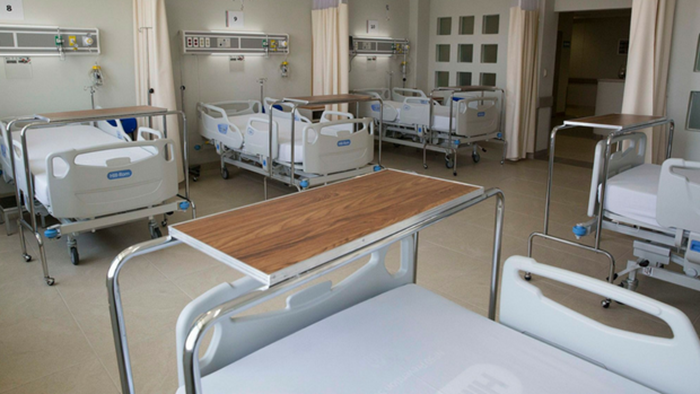 It seems that President-elect Trump is moving full force toward a repeal of the Affordable Care Act (aka Obamacare), tweeting out that “The ‘Unaffordable’ Care Act will soon be history!”

The Problems of Obamacare

Admittedly, we would find few people who would say Obamacare has been a great success, especially as premiums have soared in recent years. Even Bill Clinton’s comments, later walked back, reveal the widespread dissatisfaction.

When I recently posted on my Facebook page, “I'm interested in the implications of the repeal of Obamacare (ACA) on pastors and church planters. Anyone got any thoughts?” I got quite a few responses, some of which focused on the tremendous increase in premiums.

So, yes, Obamacare has been bad for many and many of the claims about it were false. (For example, Politifact named one promise the “lie of the year.”)

Furthermore, it is disliked by many people of faith, particularly Evangelicals. There are many reasons for this, but a key one is the unnecessary and (in my view) foolish fight the Obama Administration picked with people of faith. (Hint: don’t pick a fight with a group named “Little Sisters of the Poor.”)

Those high premiums, and failed promises, have hurt a lot of people—including small church pastors and church planters.

But, it is here now, so there is more than one side to the story now.

Many people may be unaware of the impact that such a repeal (without a replace) will have on church planters and small-church pastors. In fact, I constantly talk to church planters who have taken advantage of the ACA and have found it to be one of the only ways they could continue their work and provide for their families.

I asked some pastors and church planters to share, and here are a few of their comments.

Because we cannot get group health insurance, without the ACA our family will be without coverage.

His case is not unusual. Pastors leading many churches are, when it comes to insurance, like small business owners. They need to find ways to provide for themselves and for those working under their care, and do not have an organization that provides their health care.

This is especially true of non-denominational churches who cannot access the group plans upon which much of our system has been based.

If the affordable care act is repealed, it will have an immediate financial impact on my family. As a single staff pastor in a rural community, our opportunities are limited, as we cannot get on a group plan. There are several drs and clinics, but without insurance we would have to pay the full fee every time we visit.

Without it, we just wouldn't go.

My wife and I are two relatively healthy thirty-somethings, but our premium still went up over $500/mth. It is too much for us to pay without a subsidy. We had coverage before that, but that option was taken away when the ACA came out.

Without the ACA, we might still be on our same plan as before. Whatever our feelings might be about President Obama and his policies, we have come to rely on that insurance.

I'm pastor of Grace Crossing in Charlotte, NC. The ACA has saved me and my church thousands of dollars. It is imperfect, but better than before…The real tragedy will be if the preexisting requirement is eliminated.

The church, of which I am the sole employee, is currently preparing to hire an associate pastor. We have decided to avoid purchasing any health insurance and increase the salary an amount approximate to health insurance premium. The main reason is the uncertainty and the hope of something better than what is currently available.

I think a full repeal at this point would be a disaster.

I don't expect insurance companies to reverse their inflated premiums. So if the subsidy goes away I imagine most pastors in a similar situation to my family will take a huge hit…

I would guess if repealed and Medicaid qualifications change, then it would go back to costing us $700/month or more for decent coverage, which would be a huge stretch, like complete lifestyle change.

I’m not defending Obamacare, it’s success, and certainly not its implementation. And furthermore, this is not just about pastors—it impacts a whole lot of people in your church (and not in your church). But I’ve talked to a lot of pastors about this topic, so I’ve made that my focus here.

In short, the point here is that big policies aren’t simply big policies. And when they appear (or actually are) broken, there isn’t a simple answer. Big policies impact real people. A plan approved by Congress impacts millions of everyday, hard-working people.

And I’ve only focused on one group here, small church pastors and church planters, since I have often heard about this from church planters. Actually, I have spoken in conferences on this very topic: how the ACA has opened the door for many church planters to get insurance.

It’s Not So Simple

So if you think that repealing the Affordable Care Act is a simple issue, I encourage you to re-read the comments above (and on Facebook) by hard-working people who simply don’t get paid enough to cover for their families, but who are working faithfully where God has placed them.

Let’s walk these kinds of moments carefully, friends. Our call to change may be good, but let’s remember that with change frequently comes a high price.

Pastors and church planters are just one group of many who will be impacted but, as Dr. Michael Traylor explained to me:

As a pastor, church planter, and pediatrician, the repeal without replacement will be disastrous for those without denominational plans.

So, yes, this is a complex issue. And President Obama burned bridges with many in the religious community with his heavy-handed approach, but our health care system remains broken and filled with cracks.

And I’m concerned that many, including small church pastors and church planters, are the ones who will slip through those cracks.

Let’s speak up for a wise process that addresses the underlying issues that still remain. That’s for the good of the country and all its citizens, but also for small church pastors and church planters.

Join the conversation on Facebook
Tags:
None
Posted:
January 13, 2017

Repealing Obamacare without a Replacement: How It May Hurt Small Church Pastors and Church Planters Near You

Repealing Obamacare without a Replacement: How It ...