The world might be changing, but the gospel has not.
John C. Richards, Jr. 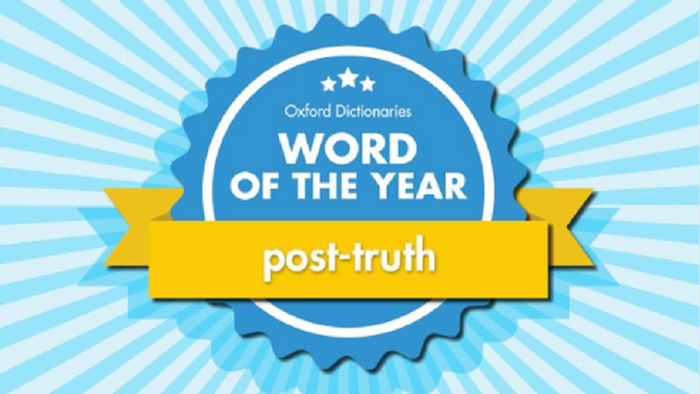 What is truth? Tension filled the room as Pontius Pilate’s words peeled back the layers of the human condition. An accused Jesus is standing before Pilate on trumped up (no pun intended) charges of insurrection. Pilate offered the interrogatory in response to words Jesus just uttered. “For this purpose I have come into the world—to bear witness to the truth” (John 18:37b).

Ironically, the answer to Pilate’s question that day stood before him bound. Centuries later that answer has now been unleashed in the hearts of millions. Because, ultimately, truth isn’t about a what, but a who. Jesus stands over and above the world declaring “I am truth.”

Christians know Jesus as the way, truth, and life, but culture asks us to capitulate and live as “law-abiding” citizens in a new post-truth world. For some believers, given the already scary prospect of sharing one’s faith, this new world could drive the duty of evangelism deeper into practical atrophy.

Last year the assault on truth was stunning. “Post-truth” was named Oxford Dictionaries’ 2016 word of the year. Americans witnessed a tension-filled presidential campaign where truth-telling took a back seat to statistical errors and talking points. People shared fake news articles that hardly met the lowest levels of journalistic integrity. The world is changing rapidly, embodying this post-truth ethos. Christians can’t let that change when and how we share the gospel. The world might be changing, but the gospel has not.

Which begs the question: What does evangelism look like in a post-truth world? Not much different I hope. At its core, evangelism is declaring the truth of the gospel to a world asking (either explicitly or at a heart level) Pilate’s poignant question. So I’d like to offer a few reminders on approaching the task in a post-truth world.

Take Truth’s Companion with You

Gospel proclamation is truth-telling. Whether sharing the gospel with a stranger on the street or a neighbor over coffee, evangelism tells others the truth about the human condition and God’s redemptive plan to reconcile us to him.

But truth has a companion—grace. The good news is only good if it convicts and brings joy. We need to walk people through tough truths about themselves, but we also need to lead them to experience the lavish grace of God. Our evangelism always needs to be saturated with both grace and truth.

If we serve a Savior full of grace and truth, we should strive to be likewise filled. Regrettably, we can skew to one side or the other in any given situation. This is especially true of evangelism. Personally, I can get truth-heavy with people I have known for a long time. I’ve shared the gospel with them on several occasions, but it never seems to stick. I can also get grace-heavy with people I avoid tough conversations with for the sake of my own comfort. An adequate balance of grace and truth is necessary to faithfully proclaim the gospel.

Evangelism is not merely a methodology. One-size-fits-all doesn’t work with evangelism. The task involves real, complex human beings. You’ll never have the perfect conditions to share the gospel. Whatever the condition, though, be mindful that you take grace (truth’s companion) with you in any gospel conversation.

Fake news is the new real news. Apparently, it’s a thing. We know this. And it’s quite apparent on social media. Social media is both a blessing and a curse. If we aren’t careful, we can position ourselves as breaking news correspondents without evaluating the veracity of certain stories. As long as we’re first, right? That’s the post-truth approach.

Don’t join the fray. God calls Christians to a higher standard. Especially when one of the most overlooked aspects of evangelism is how others perceive us. Why do you think Paul spent so much time in his letters dealing with Christian behaviors? Our lifestyles can derail our best evangelistic strategy.

Fact check those stories that fly across your timeline before you hit share. Trust me. There’s nothing wrong with being the 122nd person to share something. Besides, our primary calling isn’t to break political news, but to share the good news. And we do that through carrying our truth-telling with us to all platforms, including social media.

World One Way, Christians Another

With reference to our changing world, I once heard someone say, “The world is going one way, people another.” May that be true of Christian witness in a post-truth culture. “The world going one way, Christians another.” The moral compass of the world might shift with changing culture. But there is another way. In a world with a shifting moral compass, ours must always point to Christ.

John Richards is the Managing Director of the Billy Graham Center for Evangelism.

Join the conversation on Facebook
Tags:
None
Posted:
February 3, 2017