Christians are supposed to be the people who think the "truth will set you free."
Ed Stetzer 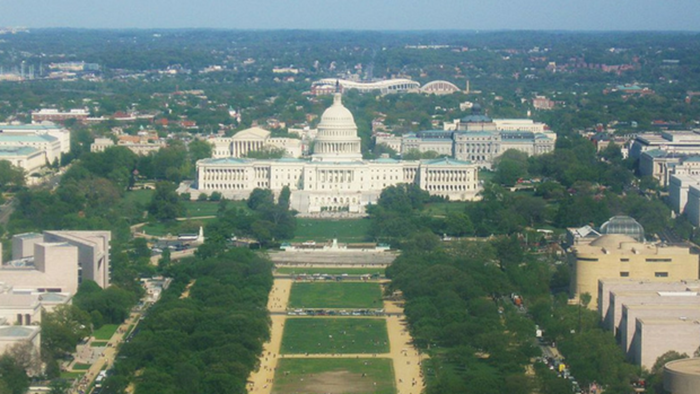 In fact, it’s easy to understand why the attendance might be down: Clinton won the states near D.C., meaning that the incoming President’s supporters had to travel farther to attend than in previous years; the most recent inaugurations were historic because Obama was the first black president, so there were many who wanted to attend in person; there was forecasted rain, so some people would stay home.

At the end of the day, however, to most of us, that number doesn’t even matter.

Yet the Trump Administration is starting with a new version of facts—called “alternative facts” by Trump’s spokeswoman.

This is a bad start and a problem for the Trump administration.

What matters to me most, however, is that this is also a Christian problem, because Christians have gullibly consumed much of the fake news out there. And when Christians believe fake news, it makes us all look stupid—and causes Christianity itself to look foolish.

And the issues do relate. You see, at the first Trump Administration news conference, Sean Spicer looked a bit like Baghdad Bob. But this fake news is not a new thing. We’ve seen it before. We’ve seen it often in this election season, and far too often from self-identified Christians.

Christians have been sharing a lot of fake news. I’ve had Christians post on my Facebook page about #pizzagate, Obama’s birth certificate, and so much more. And I’m embarrassed that these fake facts are being shared by people I love—my brothers and sisters in Christ.

Now, I’m no fan of some members of the media at times, and I do think that some have been inappropriately connected to Hillary Clinton, and overly cozy with President Obama. And let me add that in the last few days, some reporting has not helped media credibility, with poorly reported stories on Rick Perry, the MLK bust in the Oval Office, and more.

So, yes, some in the media do mischaracterize Christians. (I recently tweeted about my own writing being, in my view, mischaracterized in the New York Times.) So, sure, some are biased and do sloppy or agenda-driven reporting—but many, many others are not.

But, regardless, this doesn’t mean that we should be so desperate to find stories to prop up our view that we indiscriminately accept anything that supports the person that we like (or disparages the person we do not). We should be those who seek truth no matter what.

Christian, if you post fake facts, you reflect on the faith—and that’s bad for the gospel and it hinders the mission.

Christians have a Problem with Fake News

The New York Times just published a story about a big purveyor of fake news— and it was from a “Christian” website:

In a raucous election year defined by made-up stories, Mr. Harris was a home-grown, self-taught practitioner, a boutique operator with no ties to Russian spy agencies or Macedonian fabrication factories. As Mr. Trump takes office this week, the beneficiary of at least a modest electoral boost from a flood of fakery, Mr. Harris and his ersatz-news website, ChristianTimesNewspaper.com, make for an illuminating tale.

It was the CHRISTIAN TIMES, not the secular times, that was such an easy mark. And that breaks my heart.

You see, when you posted about Obama’s birth certificate, you did so as a Christian.

When you posted about a fake child abuse ring, you undermined the confidence of your neighbors in Christian people.

And if you post about Trump’s inauguration being the largest ever crowd in spite of the pictures and the plain facts, you simply look like truth does not matter to people who are supposed to believe in truth.

If there was ever a group that should care about the truth, it should be the people who believe “the truth sets you free.”

Integrity should matter for Christians, but too often it does not. Scripture is clear, especially in Proverbs. Proverbs 28:18 explains, "The one who lives with integrity will be helped, but one who distorts right and wrong will suddenly fall.”

In an earlier article, where I explain how to discern fake news, I also explained:

You may say, “But what if I can’t tell if the story is fake or not?”

Christians seem attracted to an alternative set of facts, but we don’t need them.

Even if the truth doesn’t seem favorable to us, we don’t have to go looking for an opposing story. We have a hope in something greater. We believe that Truth is personified in a Person—Jesus. When we dishonor the truth, we dishonor Jesus.

In 2012, I wrote, “I'm saddened that many Christians are being included in the groups that create their own facts." Unfortunately, more and more people are noticing this to be the case.

Gullible or conspiracy-spreading Christians simply do not help these perceptions. Instead, they feed the impression that Evangelicals are simply unwilling to face truth.

If unchurched people think they must commit intellectual suicide to become Christians, it hinders the work of gospel proclamation and cultural engagement.

In a debate against President Obama, Mitt Romney famously said, “Mr. President, you're entitled to your own airplane, your own house, but not your own facts.”

Romney needs, and we need, to say the same today—to President Trump and to ourselves.

Join the conversation on Facebook
Tags:
None
Posted:
January 22, 2017

Facts Are Our Friends: Why Sharing Fake News Makes ...