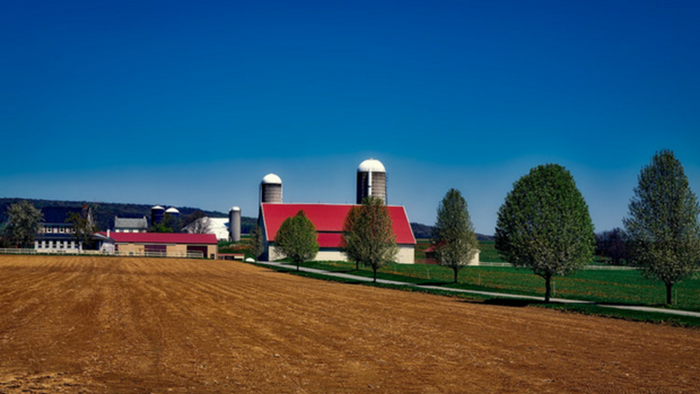 When is time more than just seconds and minutes stuck end-to-end? If you’ve been around the Church for a while, you probably know the answer. As the Greeks and the authors of the Greek New Testament knew, there is time (chronos), and then there is time (kairos). The first gives us our English word chronology and basically describes the time we chart with clocks and calendars. Kairos time, on the other hand, carries the implication of time “especially fit for something.”

When it comes to rural ministry and small town church planting, we are living in a kairos moment that we in the Vineyard—and we as Christians in America—too often neglect at our own peril.

Regardless of what one thinks about our last presidential election cycle, virtually everyone admits that it illuminates a deeply polarized society. Geography stood as one of the most notable indicators of this divide. In the gear up for election day, it became increasingly obvious that rural and small town folks were residents of what Tish Harrison Warren had the courage to describe, in an August 2016 Christianity Today article, as “The America I Forgot.” Indeed, as commentators across the country demonstrated by their extreme confusion on election night, it was an America many people, from journalists to pollsters, seemed to have forgotten.

Trump’s victory further catalyzed a growing fascination among America’s urban elite (and not-so-elite) with an entire segment of America that they had never taken very seriously. Books like Robert Putnam’s Our Kids (2015) and J.D. Vance’s bestselling memoir Hillbilly Elegy (2016) became essential tour guides to a culture just as foreign to many Americans as another country.

My wife and I experienced this divide firsthand. For the first half of 2016, we lived in the bustling university town of Charlottesville, Virginia, where virtually every Christian we knew could not fathom voting for one candidate. In June, we moved back home to the Rust Belt small town of Oil City, Pennsylvania, a town hit especially hard by the region’s economic woes. In Oil City, we found that most of our neighbors, Christian and non-Christian alike, could hardly fathom voting for the other candidate.

Why do I bring all of this up?

Because the unfortunate reality is that rather than being the boundary-crossing embodiment of the redemptive mission of God in our world, the Church has largely allowed itself to fall into the same polarizations. Until 2016, few in major church planting bodies were talking about rural and small town church planting. It was as if small towns and Americans living in rural spaces either had all the church they needed or simply did not register on any meaningful scale of importance.

Praise God that this is beginning to change. As American society discovers that over 30 million people do in fact still live in rural areas (many of which are economically depressed and marked by all the symptoms of enduring poverty), evangelicals in America are also beginning to wake up to the implications of this reality. The new Rural Matters Institute at Wheaton’s Billy Graham Center is one prominent example of this new awareness.

All of this means that we are living in a time when our broader culture and our church culture is mobilizing to better understand and potentially meet the needs of rural and small town America like never before.

As American Christians, we now have the choice to either make the most of or miss this opportunity. Large numbers of urban Americans suddenly care about the state of rural America. Perhaps denominations and church planting networks could harness this current moment to help urban churches and rural churches form mutually beneficial partnerships that demonstrate for the world the boundary-crossing power of the gospel.

It’s easy to imagine that a larger church’s financial backing and church planting experience when combined with the contextual sensibilities of a rural church could launch a small movement of rural church planting in a region. It’s also easy to imagine how the vitality of a small, bare bones rural church may have something to offer their larger urban neighbors just as an urban church who cares for refugees might be able to offer rural Americans a chance to see the world’s refugee crisis in a more personal light.

There is no question that our country is marked by real divides. If any organization in our culture is capable of bridging them, it is the Church. The question remains as to whether the Church will act. One thing is for sure, the time is certainly right.

Charlie Cotherman is a church planter in Oil City, Pennsylvania. Oil City was once home to the headquarters of Pennzoil and Quaker State. Charlie grew up in a small town and served on staff as a youth and associate pastor in a country church that grew to become a multisite church. He graduated from Pittsburgh Theological Seminary with his MDiv and is finishing his PhD at the University of Virginia. His passion is planting churches equipped and passionate about reaching rural America.

Join the conversation on Facebook
Tags:
None
Posted:
July 20, 2017