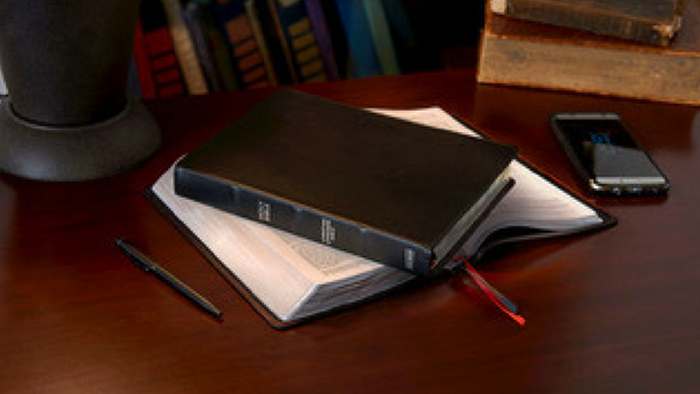 I’m excited to welcome Trevin Wax to The Exchange today. He gave us an overview of the release of the Christian Standard Bible (CSB) translation a few months ago, which has now launched.

Disclosure: The CSB is published by LifeWay, where I was a Vice President until a year ago, and I still have connections with them, including that Trevin and I co-edit The Gospel Project. However, I used the HCSB in my church before I went to work at LifeWay, and its update (the CSB) is the Bible I now use most.

There’s been some dustup about the Bible in regards to its gender usage, so I asked Trevin to jump in and answer a few questions.

A recent article in The Atlantic claimed that the CSB has embraced a gender-inclusive translation philosophy. Then, Denny Burk responded and said that the CSB does not.

So, which is it, Trevin?

Well, the Christian Standard Bible is not a gender-inclusive translation—that’s not the philosophy that undergirds our translation work. The CSB is gender accurate. 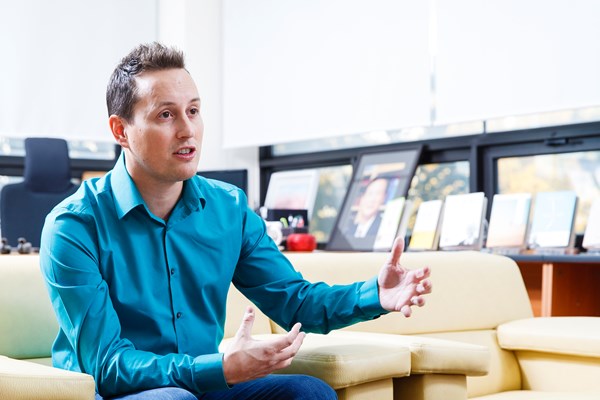 The CSB’s translation committee is made up of conservative biblical scholars, and their approach on gender usage lines up with the aim of the entire translation effort: fidelity to the original text of the Bible. Translating accurately is our agenda—when the original text means male, we translate as male; when it means both, we translate as both. Masculine terms (Father, Son, King, etc.) and pronouns (he, him, his) are retained whenever they refer to God. Likewise, when Scripture presents historical accounts and parables referring to male humans, the Translation Oversight Committee retained masculine terms and pronouns.

So, we think that is gender accurate. Sure, some hold different views, but our translation team, made up of biblical scholars from multiple denominations (10 members, from 7 denominations for the update team; 100 scholars from 17 denominations on the original), from North American and beyond, was driven by the text, not another agenda.

The best place to get an overview of the CSB Translation Oversight Committee’s treatment of gender is this FAQ on the website. There you’ll find a fuller explanation and specific examples.

So, how does CSB handle gender language since it’s obvious that when Paul writes to the “brothers” at Colossae, he is not just meaning the men.

We need to make a distinction here between gender-inclusive translation philosophy and gender-accurate word choices.

A gender-inclusive philosophy has the aim of eliminating gender-specific pronouns wherever possible. You have a predetermined outcome in mind, and then you make your translation choices according to that philosophy.

That’s just not how the CSB translation team operated.

Instead, they focused on making the right word choices for accuracy, not philosophy. That’s what is driving each translation decision.

For example, in Luke 9:23, the KJV says, “If any man will come after me, let him deny himself, and take up his cross daily, and follow me.”

The word for “man” there includes male and female in its range of meaning. This is why translations that are highly literal translate this verse as “If anyone would come after me, let him deny himself and take up his cross and follow me” (ESV) or “If anyone wants to follow after me, let him deny himself, take up his cross daily, and follow me” (CSB). Although both translations render “any man” as “anyone,” this is not due to a gender-inclusive philosophy, but a commitment to being as accurate as possible in rendering a word that has both men and women in view.

The CSB translators determined that going further to change the masculine pronouns in the second half of the verse would lose the individual and personal meaning of the text and would sacrifice accuracy. 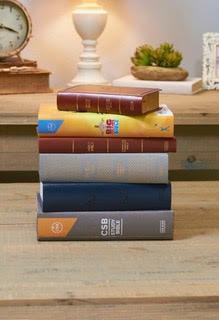 So, the distinction is a difference between a particular case of word choice and an overarching philosophy of translation.

I realize that there are people all over the spectrum on this subject and that many well-respected Bible scholars disagree on some of the finer points. Translation of gender usage is just one of the challenges of rendering ancient languages into modern English in a way that’s as accurate as possible to the original—in a way that captures both the words and the intent of Scripture as clearly as possible. The translators of the CSB did not follow a gender-inclusive philosophy, instead making each word choice individually, with fidelity to the original as their highest priority.

Not everyone will agree with individual renderings, but that’s what they believed was the best approach to the biblical text.

How does this perspective work out in their translation choices?

In their pursuit of accuracy, the translation committee renders all references to God with the masculine pronouns and titles that the original text uses.

They did not change singular pronouns like “he,” “him,” or “his” into plural forms and thus lose their individual and personal meaning.

They were careful to consider context to ensure they maintain the theological significance of gender-specific words (such as “sons of God” in Matthew 5:9, Galatians 3:26, Romans 8:14, etc.), and they do not insert new words (such as “servant” or “servants” instead of “man of God” in 2 Timothy 3:17), as some translations do.

At the same time, because of their commitment to accuracy in what we call “optimal equivalence,” the translators of the CSB also choose to avoid being unnecessarily specific in passages where the original context would obviously include men and women. If the original used a masculine generic word to refer to both male and female, the translators made that clear. This is why, often in Paul’s letters, adelphoi is translated as “brothers and sisters” instead of just “brothers,” because Paul obviously had the whole church in mind when using the generic masculine form in Greek.

This translation choice is motivated entirely by accuracy. So, again, this is not a gender-inclusive philosophy. It’s gender-accurate word choices.

Why would these issues matter as I choose a Bible?

These issues matter because this is the Word of God. When you have a high view of Scriptural authority, you look for a translation that is faithful in rendering the original language in a way that is both accurate and understandable. We believed it was (and is) important for translators to be guided by their pursuit of accuracy, not an agenda that would force particular changes to the text due to cultural pressure. Accuracy and readability should be at the forefront in all Bible translation choices, including gender usage.

That’s the philosophy that guided the CSB translation team because it optimizes both fidelity to the original and understanding for today’s reader.

Dr. Trevin Wax is Bible and Reference Publisher for LifeWay Christian Resources and serves as managing editor of The Gospel Project, a gospel-centered small group curriculum for all ages. He is a teaching pastor, a contributor to numerous publications (including The Washington Post, Religion News Service, Christianity Today, and World), and the author of several books, most recently This Is Our Time: Everyday Myths in Light of the Gospel.

Join the conversation on Facebook
Tags:
None
Posted:
June 12, 2017