The physical presence of a church and its spiritual impact are not the same thing.
Rob Hoskins 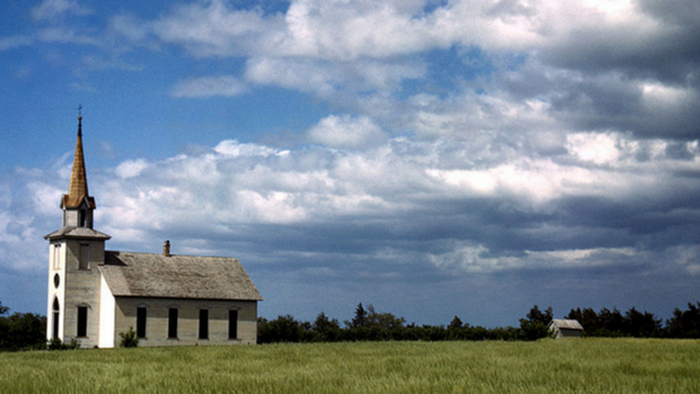 Many of us are busy. So much so that we rush from one thing to the next having failed to stop and assess whether or not our thoughts and beliefs match the current reality. As the president of an international children’s ministry, I am constantly bombarded by statistics and facts and challenged by the perspectives and paradigms of others.

Over the last several years, our team here at OneHope has dived into understanding one of the fastest-growing areas of need in the U.S.—the role of the Church in rural America. Here are the three most common misconceptions that have emerged from our research and conversations, with a takeaway that helped me reframe my perspective on this fast-emerging ministry space.

Misconception #1: Rural America is homogenous in place, people, and thought.

The media, especially post-election, stereotypes rural America as an easily identified place populated by a set of like-minded people. Summing up their sensibilities in a 30-second sound bite is grossly oversimplified and typically unflattering.

Yet the rural American reality is highly nuanced. Fifteen percent of Americans live on 72% of the land. The vastness of the geography alone multiplies the realities and identities of the people who live there. The complexity and diversity of rural areas requires an acute understanding of the cultural heterogeneity of its residents as well as the disparate economic, political, environmental, and historical influences that shape them.

There are stark differences among rural sections of America. In some parts of the country, scenic rural counties are retirement and vacation destinations—a strange blend of abundant wealth and abject poverty where industrialism is giving way to the service industry. But rural counties in America’s “breadbasket” tend to be more static communities that are remote and isolated. Most are marked by dwindling resources with higher unemployment and poverty rates per capita than most cities.

Many rural counties are also home to multiple ethnicities. Hispanics comprise approximately 9.3% of the rural population, and African-Americans account for just over 8%. Rural ethnic diversity also tends to be clustered geographically. Areas in the southwest U.S. have higher numbers of Hispanics, and the southeast is home to greater concentrations of African-Americans. It might surprise you to find out that in some rural counties these ethnic populations are considerably higher than their overall national average!

Takeaway #1: You must understand rural America one community at a time.

Another misconception about rural America is the belief that it is “God’s country,” meaning this is where churches and “the churched” live and thrive. It is the land of Norman Rockwell and Mayberry R.F.D.’s simple life underpinned by Christian values. This is the idyllic picture many of us historically, and to this day, hold of rural America.

In some rural contexts, a higher percentage of people believe in the Bible and are affiliated with a church than the national average, but it is also true that the number of people who attend church across much of rural America is dropping rapidly. In some rural counties, as much as 75% of the population do not attend a church.

Eye-opening statistics like increasing rates of drug addiction and unemployment, poor educational outcomes, and low healthcare indicators force us away from a simplified idyllic view of rural America. It would be a disservice to ourselves and to these communities to cling to broad and outdated characterizations that do not stand up under scrutiny.

Takeaway #2: The Church in much of rural America, though still respected, has lost its influence.

The picturesque steeple of a white-painted church is often presented as a defining feature of small-town America. The church looms large on a landscape that doesn’t include skyscrapers or even three-story buildings. But the physical presence of a church and its spiritual impact are not the same thing.

There may be places in rural America that do not need another steeple, but stand in want of spiritual awakening. If revival and spiritual growth aren’t happening within existing churches, who will take the lead? Churches may need to be revitalized or new ones planted that have a missional view and strategy to reach their communities. The need is great, but so is the opportunity. Of course there are many wonderful life-giving churches in rural America today. But are there enough? Is there one in every community?

Takeaway #3: Life-giving churches are needed in every community in rural America.

There is a growing awareness of both the needs and opportunities for those who feel called to minister in rural areas. Stay tuned to this blog in the weeks to come for more resources and tools to learn about the current state of rural church planting and how to reach the diversity of communities that exist.

Rob Hoskins is the President of OneHope, an international children’s ministry that has reached more than 1.3 billion young people with God’s word since 1987.

Follow us on Twitter to stay up-to-date on events and new resources and join the Rural Matters Facebook group for networking and to stay in the loop! Also, there is still time to join us at the Amplify Conference, Rural Evangelism and Church Planting Track on June 27-29. Special discounted rate. Use code “RURALMATTERS” when registering.

Join the conversation on Facebook
Tags:
None
Posted:
June 13, 2017