Many have never been given a single reason as to why God is relevant to their lives.
Khaldoun Sweis 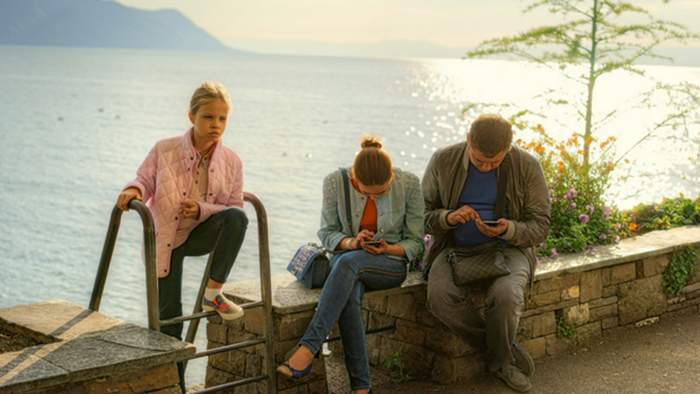 Man has, in Aldous Huxley‘s phrase, “an infinite appetite for distraction.” Thus, our pastimes have evolved into weapons of mass distraction: Facebook, Twitter, Instagram, LinkedIn, Pinterest, Snapchat, YouTube, and on and on. Pascal told us “that the sole cause of man’s unhappiness is that he does not know how to stay quietly in his room” (Pensee 136).

“I don’t want or need your god, thank you very much,” she said as she walked away from the boy giving his tracks. He had a look of shock and awe. We Christians try to reach our secular friends with transcendent truths, but we fail at it neither because our methods are not stellar or impeccable, nor because we did not do the proper marketing or sociological, demographical research (although these are very important). The bottom line is that for many, they do not want or need God. (At least that is the story many have swallowed. See Romans 1.)

We error when we ignore the trends and zeitgeist of the times, and we make grave mistakes when we try to stereotype people into this or that category.

According to the Pew Research Center, those who select “none” as their religious affiliation are growing at record rates. They not only think that they don’t need God, but many have never been given a single reason as to why He is relevant to their lives.

They find discussion of these issues like a perpetual hamster running in circles, thus they fill their lives with distractions and don’t want to be bothered with ultimate questions. And when we try to give the gospel to them, they ignore us as radicals and go back to drinking Frappuccinos and continue watching their iPhone.

When I am told by someone that they don’t believe in God, I ask, “What god do you not believe in?” Nine times out of ten, it is usually a god I do not believe in either! The caricatures and misrepresentations of the Christian God are abundant.

Below are three principles that have worked for me in presenting in the secular arena for the past 15 years. I believe these leave a fragrance for Christ that cannot be ignored.

Principle #1: ENGAGE. Sit at the table. Get a seat at the secular public square where you will have the attention of your secular friends.

What I mean is for us to make a difference by connecting with people, getting involved with Apple computers, with Congress, with your high school leadership team, with sports or whatever place the Lord opens a door to. Sit at their table—the table where most of the major decisions are made for government, culture, media, and education. By the way, these are also the four major arenas of secular thought in the world.

Use the pluralism diversity thesis to gain a seat at their table. After all, according to them, Christianity is just another paradigm, and since they don’t want to be intolerant of any viewpoint, you should be allowed to speak too.

Principle #2: ENQUIRE. Turn the table. We must be open to listening and taking the important questions our friends ask, turn them around, and allow people to open up and connect with us in a genuine and uncontrived manner. In doing so, we can expose the unstable foundations of their worldview.

Scripture says to “walk in wisdom toward outsiders, making the best use of the time. Let your speech always be gracious, seasoned with salt, so that you may know how you ought to answer each person” (Colossians 4:5-6).

This is what we call a contradictory statement. Once he realized that the table was flipped and his foundation was false, I was able to share with him ten other things science itself cannot prove. You can read more about that here.

The most brilliant example of turning the tables in all of literature is in the story of Nathan and King David in the book of 2 Samuel 12. Nathan does not condemn David; rather, he gets David to condemn himself. Then, more productive conversations can emerge.

The opposite of love is not hate, but indifference. God either loves or hates, but He is never indifferent.

George, whose father died over ten years ago, never forgot that I was one of his only friends who came to that funeral. If you know people long enough, they will inevitably go through difficult times. This is the opportunity to show them the love of Christ. Be with them to rejoice with them and weep with them. It is demanding, if not impossible, for people to forget that! When the heart is tender, it is more open than any other time!

Watch this short video of the power of redemptive love, it deals with the largest refugee crisis in history. It addresses it with just looking into another human’s eyes for four minutes.

The gospel is ultimately about relationships, if it is about anything at all. Matthew 5:13-16 says, “You are the redeemed by God, the salt of the earth and light of the world.” How are you going to be his salt and light today?

Join the conversation on Facebook
Tags:
None
Posted:
March 16, 2017