What is Christ Together Network and How Does It Work to Saturate a City? 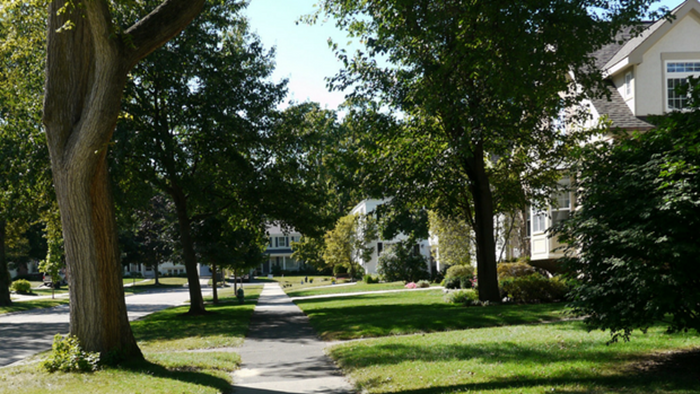 On Friday, I talked with the leaders of the Christ Together Network to learn more about what they do—particularly why and how.

They’ve becoming an increasingly well-known partner in several key cities, so I hope this might help inform and encourage you.

Ed: Scott, what is Christ Together? What are you trying to accomplish?

Scott Chapman: Christ Together is a network of local churches that band together to reach every man, woman, and child in their city with the Gospel. The idea is that when the churches of a particular area own the lostness of their city, things change. We begin to see the Gospel go out in ways that we had not seen prior, and that's what Christ Together is all about: really reaching people for Jesus.

Ed: It seems like there's a geographical component to this; that may be unfamiliar to some people. What does that mean, to "own" something?

Scott: To own the lostness of your city or your area means to take personal responsibility. It's based on the idea of Acts 17, that God places people in the times and the places for certain reasons. We believe, as Christ followers, that we've been placed in certain geographies; our responsibility is to get the good news to the people in that area. It's really churches taking ownership to make sure that the people around them get connected to Christ.

Ed: Jerry, what does that look like on the field, in a place like Buffalo or wherever? What are some actions or attributes of the partnership?

Jerry Gillis: One thing we do is draw what we call circles of accountability. It's not our term, it's a term coined by a missiologist friend of ours named Dwight Smith. That term, circle of accountability, is taking local congregations that the Spirit has placed in those locations and putting a two to five-mile radius around that church and saying "We have to make sure that every person within this circle of accountability has a repeated opportunity to hear and to see the Gospel of Jesus Christ lived out in front of them, hopefully without even coming or going anywhere. And the only way to do that is to partner with the greater body of Christ to see that occur, because no one congregation can ever get at that all by themselves.

Ed: What are the key things you seek to do?

Ed: Interesting. OK, so Scott, when someone says "I want to be a part" do they join, do they get a fancy membership card? Is it a tattoo? How do you get to be a part of this?

Scott: We are more of a network of local churches and not an organization. We are a group of folks who are reaching our geography and trying to help people reach theirs. So if there's a pastor of a church, anywhere in the U.S., that has a burden to really reach their city and they're willing to partner with others, plant churches, and honestly do whatever they have to do to see that every man, woman, and child have the opportunity to really experience Christ and his Gospel, then basically we empower them and we get onboard with them to help them find a unique plan, a unique approach to their place, in their time.

Ed: Tim, Scott mentioned planting churches, which I know we’re all familiar with. Is this a church planting thing? Is it more than that? What does it look like? I know you currently have hundreds of churches engaged in Austin, what are they doing?

Tim Hawks: That’s a really great question. When gospel saturation is the focus, church planting is going to be a by-product; most areas do not have enough churches to reach all the people in the area. So church planting is a component because you're focused on gospel saturation. In addition, we partner together as churches to train our people, to encourage people to work together in their neighborhoods across church and denominations, and occasionally we'll even do a city-wide campaign geared at trying to get the whole city paying attention to something related to a spiritual topic and then bring the people of God, in-training and though the churches to connect with that.

Ed: Tell me about what you did with Explore God in Austin?

Tim: Explore God was designed to get the attention of the city. We did publicity around the idea of exploring God, we have a website where people can go to get their questions answered, and then almost 400 churches committed to train their people to engage in conversations with their friends. It culminated in a seven-week sermon series around the seven big apologetic questions, plus small groups with a really simple discussion format, video-driven to engage the average person in inviting their friends into conversations about the gospel.

Ed: Jerry, I know Tim and Austin from doing some work with them to research the city, but I know Buffalo a lot better from living there. Austin is in Texas, but not of Texas, spiritually, so it’s not as churched as some might think. But, Buffalo is even less churched and has fewer partners. How do you talk about saturation in a place that's decidedly more irreligious, like Buffalo?

Jerry: One of the things I've learned here is that desperation breeds collaboration in a real way. I think there are places around the country in the evangelical sphere that don't recognize their desperation quite as much. When you're in some of the larger scale cities that have large churches around every corner, maybe they're not as cognizant of the fact, of how desperate the situation actually is. But when you are in such an unreached place, as we are in the northeast in places like Buffalo, we recognize the desperation. We know we need one another. It's really not even up for debate. We know we need one another and therefore we're working together not just for the sake of unity but unity for the sake of mission.

Ed: Scott, one of the challenges in Chicagoland where we live is there's not a lot of unity. So how do we unify? The very name of your organization, "Christ Together," says you're trying to unify people. Unify people in what way and for what purpose?

Scott: The unity that Christ Together brings is tethered to a missional impulse that we call “God's Gospel Saturation” and the idea that we don't have to agree on everything – every matter of theology, every practice of church. What I think we can agree on is when we look at our nation, when we look at our city, we realize that the spiritual landscape is moving away from us and not toward us. In the midst of that, as the leaders, the gatekeepers, of our city, of our area, we have to ask, "What are we really going to do about that?" When we put that at the center, that's the unity we have, we unite around the mission that Christ has given all of us. We can do more together than we could ever do apart.

Ed: Tim, talk about network versus partnership—and how you’re a network. What does that mean, that you're a network?

Tim: What that means is that we believe that the Spirit of God is raising up pastors and leaders in cities around the nation with a passion to see their city come to faith. As we find those people, we want to connect with them; we don't want to come into their city and prescribe to them what they need to do there. We want them to actually own their own city. Longevity in Gospel saturation comes when people come together around their own city. We're just trying to network these cities together; right now we have 77 cities in the U.S. that have a group of people that are going after this. We're networking them together to share ideas, to encourage each other, to build relationships, and to learn from each other. That's Christ Together.

Ed: Jerry, last question goes to you. How have people befitted, how can churches benefit by being a part of Christ Together instead of going it alone?

Jerry: First, there are best practices that can always be shared among city transformers in a variety of places in the nation. That's one for sure. Second, we really genuinely think that what God is doing in some of these cities is unique, in the sense that it's not often that people from all different kinds of denominations (within evangelicalism, who are committed to the gospel) are actually working together in real, tangible, trackable ways. If somebody wants to be more envisioned along that line, or more equipped along that line, or maybe just given permission along that line, then that's what I think connecting with Christ Together could do for them.

Join the conversation on Facebook
Tags:
None
Posted:
May 16, 2017

What is Christ Together Network and How Does It Work to Saturate a City?

What is Christ Together Network and How Does It ...