Try this instead: Thou shalt not bear false witness against thy neighbor.
Ed Stetzer 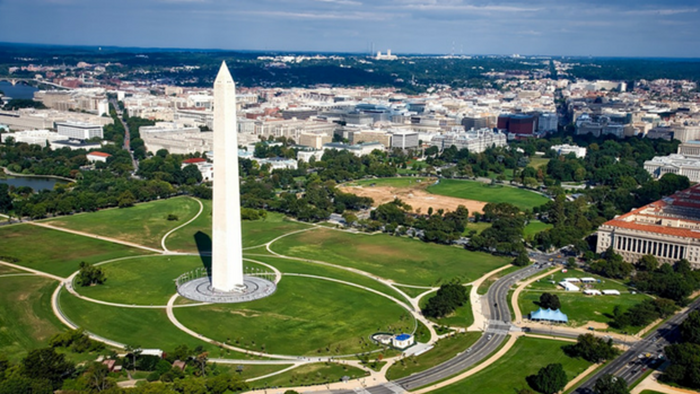 Conspiracy theories are nothing new—they’ve been around for centuries.

People love to speculate on hidden meanings or to jump at the potential of juicy secrets. Unfortunately, when these things are unfounded, lies are told and people are hurt. And most unfortunately, Christians are often involved in perpetuating them.

And now I noticed that many of the same conservative Christians who shared about #pizzagate have been spreading the #SethRich conspiracy theory. And it’s time to call it out.

Simply put, the spreading of these conspiracies are hurting our witness and making Christians look, yet again, foolish.

And it’s time to repent.

You see, spreading the #SethRich conspiracies and fake news directly violates Scripture’s prohibition from bearing false witness against our neighbors. It devalues the name of Christ—whom we believe to be the very incarnation of truth—and it inflicts pain upon the people involved.

As Christians, we need to repent the perpetuation of these falsehoods.

Seth Rich was a young employee in the Democratic National Committee who was tragically murdered in July 2016.

Police have announced that he was likely the victim of a failed robbery attempt, and they are still looking for the killers. Others, however, have decided it was a conspiracy related to Democrats and Hillary Clinton—just like #pizzagate. (You can Google—because I won’t link—and see the foolishness being spread by people with no regard for the truth.)

Despite the complete lack of credible evidence toward Rich’s involvement, the most popular conspiracy theory is that his death was connected to the DNC email leak of 2016.

In Exodus 20:16, we are commanded, “Do not give false testimony against your neighbor.”

John Wesley described bearing false witness as “speaking falsely in any matter,” including that which “speak[s] unjustly against our neighbor, to the prejudice of his reputation.”

And that’s what you are doing if you are spreading these untruths.

The Seth Rich conspiracy theory is a textbook example of false witness. Most of those who shared, posted, or tweeted the conspiracy had done little or no research. Without seriously defending their claims, conservative Christians across the country accused their neighbor of murder. Or, they played a game, posting the ideas under the auspices of, “We don’t know, but we just need an investigation.”

Then, there are the bizarre reasons that they feel they need to post these things. When Marco Rubio called out the foolishness, I posted on Facebook in agreement. (You can read the comments here.)

The usual defenses are posted:

Those are excuses. The main reason for many is simply that they do this because they hate Hillary Clinton.

Now, I was hardly a supporter of Clinton, and I’ve written on why evangelicals don’t like her and have even been quoted in national stories about why she “bombed with evangelicals.” However, it’s crucial that we are always checking our own hearts regarding just how far our political opposition goes.

We must also be honest about the fact that hate and false allegations often go together.

It continues to surprise and disappoint me how common slander is among some Christians, the same who defend the authority of a Bible that tells them not to bear false witness.

We are not always as quick to apply what Scripture says to our own words.

The truth is, many conservative Christians believe that “all is fair” in some wars. John Calvin said that “slander is often praised under the pretext of zeal and conscientiousness. Hence… this vice [creeps] in under the name of virtue.”

Regardless of how much we passionately disagree with someone, we cannot give ourselves a pass for violating this command. And that’s what is happening when we post something pointing to a conspiracy and spreading fake news.

Let me be clear: some on the left have also spread conspiracy theories and have born false witness on all sides. I’m not defender of the media or of the Democratic party.

But I’m speaking to Christians (and not saying they are all in one party). I’m talking to Christians (in this one situation) about how our worldview should make us different. We cannot use moral equivalence to justify our own behavior. Our definition of sin doesn’t come from comparison of others. It comes from God’s standard of holiness. And our justification doesn’t come with comparing ourselves with others, but rather from Christ’s finished work on the cross.

The truth is enough to engage in discourse. We don’t need to buy into every story that comes around the corner. And we owe it to our fellow citizens to know that what we are sharing is true before we share it. It does not matter how much one might dislike Hillary Clinton, her campaign, or her followers. We are still not permitted to bear false witness.

Why am I speaking specifically to Christians? Because these political games are not for the Church, yet they are lighting up my social media feeds.

As Christians, we believe God really existed. We believe Christ resurrected and He’s coming again. We believe that none of this is myth, rumor, or groundless belief. We believe in a God who is truth itself.

Yet in perpetuating the Seth Rich conspiracy, some Christians again are looking silly. The conspiracies were debunked by independent investigations such as websites like PolitiFact and FactCheck.org. And if that isn’t convincing enough, Fox News itself retracted their original story, stating, “The article was not subjected to the high degree of editorial scrutiny we require” and “was found not to meet those standards.”

We are all quick to demand journalistic integrity from those who oppose our views—remember Rathergate? But even if we desire a particular end, that doesn’t mean it justifies the means. We are called to stand up for integrity, regardless of the position.

But have Christians engaging in such foolishness retracted their claims? Far too many jumped in on #pizzagate, and love to spread fake news. Some Christian websites (even calling themselves “news”) are driven by sensational and irresponsible claims. Remember, it’s CHRISTIANS that were the ones often targeted (and fooled) by fake news.

What sort of credibility does this lend our words?

When we bear false witness, we establish a reputation for blindly succumbing to unverifiable or groundless stories.

How can we effectively witness when we have negligently borne false witness? How can we then claim to be the body of truth itself?

When we spread conspiracy theories and fake news, we discredit ourselves, and we allow the gospel to be discredited as well.

Seth Rich’s parents wrote an article begging the public to cease the spread of the conspiracies.

They asked us to imagine, in the wake of a family member’s death, waking up every day to new false headlines, receiving thousands of calls, and strangers approaching them with new conspiracies.

Seth’s passing, his parents wrote, has become a case of “political football,” causing unbearable pain and anguish. They describe how “with every conspiratorial flare-up” they “are forced to relive Seth’s murder… as more of Seth’s memory is torn away.”

Maybe Christians should take a moment and do as they asked.

Instead, Proverbs 18:8 is at play and “the words of a gossip are like choice morsels,” particularly if it is about someone we don’t like.

But it’s a sign of what Michael Gerson calls a “sickness” and he’s right. He asks us to feel “the God-awful wickedness of it.” The tragedy is “made secondary” as the narrative of the conspiracy “takes precedence over the meaning of life and the suffering of a family.” A human being has been made a “prop” in a larger “ideological drama.”

Indeed. That’s what I call sin.

Christians ought to understand, more than anyone, the importance of preserving Seth Rich’s dignity, and the reality of the tragic nature of death. He was a human being, made in the image of God, and so are the members of his family. We ought to utilize this as a time to reach out with comfort, prayer, and witness to those around us.

And when you share such fake news and conspiracy theories, you are simply bearing false witness. That is a sin and it is time to repent.

You can dialogue about the article on Facebook here.

Join the conversation on Facebook
Tags:
None
Posted:
May 31, 2017