My Stance on Refugees and Immigration, and How They Intersect with Christianity 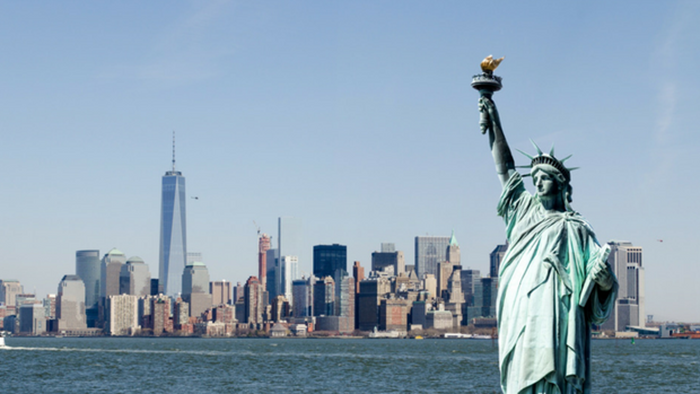 I have always believed that good discussion and debate over critical issues is helpful for those willing to engage in it. In the past few months, I have written quite a bit on the refugee ban and what I believe should be the Christian response to it. I, along with about 50 other Evangelical leaders, even signed an important letter to President Trump, crafted by my friends at World Relief, decrying his ban and calling for love and compassion for those who are marginalized and hurting.

I am firmly committed to what I have said, but at the same time I know that many of my Christian friends may believe differently.

In fact, I have been having a lively debate with a friend lately about the refugee issue and my interaction with him has encouraged me to write this post. I want to clarify where I stand on a few issues, and when and where I believe it’s okay for Christians to agree to disagree regarding this refugee ban. (Yes, I am calling it a ban, like President Trump did.)

Do I believe that Christians who support President Trump’s ban on refugees are wrong or unbiblical?

The simple answer is, no, I cannot judge people’s hearts. What I can say is that I believe many people are thinking wrongly about this issue because they have either (1) been given wrong information or (2) let fear guide what would otherwise be factually-grounded, reasoned thinking. The reason I have written so much about the refugee issue is not because I believe in extreme vetting or open borders (see questions to follow for more on each). Instead, I write because we have gotten wrong information and people are being hurt because of it.

The refugee system in the U.S. was not broken.

It takes 18-24 months for someone to come in under refugee status. And by all known facts, there has not been a single person killed by a terrorist in the U.S. who came in under the refugee program. There are much better ways for someone to come into our country if he or she wanted to harm us. Let me reiterate what I said in a previous post: there is a 1 in 3 billion chance of being killed by a terrorist attack by the hands of a refugee in our country. We should not allow untrue rumors to spread and slander a system that has worked.

Only when we are all working from the same facts and have been able to put fear to the side can we begin to ask, “Is your belief wrong or unbiblical?” That is a question that I believe we cannot even answer since fear and mis-facts are stalling our reasoning and conversation.

Do I believe that there is room to disagree on this issue?

Yes, absolutely—as long as it falls into the realm of policy. When it crosses into scriptural teachings, then, no, I think the Bible is clear on what we are called to do as Christians. We have blurred the line in thinking that all policy is founded upon scripture, or should be. Our leaders are charged with protecting the people of our nation. This requires very clear thinking and planning as to how best to do that.

As Christians, we begin with our collective call to welcome and care for the poor, the marginalized, the abused, the wanderer, the orphan, the widow. We follow in the footsteps of Jesus. There is never a time when our arms shouldn’t be open wide to the needs of those around us.

And then we move to policy. What is best for our country? We will likely disagree. Some people believe that open borders are a good thing. I would disagree (see next question).

So yes, we can disagree when it comes to policy. But let’s not let those debates get in the way of our witness to the world and our love for all.

Governments set policy (which we can debate and influence). Christians should care for the hurting, including refugees admitted under government policy.

Do I believe the only Christian response to this crisis is the mass importation of refugees into America?

Not at all. I don’t think we should have open borders, for refugees OR immigrants. That’s national suicide on a number of levels. First, there are bad people out there who want to do us great harm. Second, we would also economically collapse.

Frankly, I don’t know anyone calling for mass importation—people who use that phrase are simply misrepresenting or misunderstanding what mainstream leaders are saying. I just think we should keep our numbers similar to where they’ve been instead of blaming refugees for what they did not do.

The current refugee system does extreme vetting—and the statistics show that to be the case.

Do I believe Christians must support immediate and unrestricted refugee programs?

I think that safe zones are a great idea—and more people can be helped there than would ever be helped here. (However, note there has been no action on these safe zones since President Trump seemed to provide them as an alternative to refugee resettlement).

I also think that we need to admit refugees like the rest of the world. We don’t allow everyone in, of course. There is a valid debate about what we can afford, how many we can take, and security concerns.

I don’t think limiting immigration and vetting refugees is a non-Christian thing. I believe we need to have good systems and security in place. That’s the job of the government—to protect its people and create a safe system. And when it comes to the refugee issue, I believe we do.

I am very concerned about radical Islamism, but I am not living in fear that the refugee system is the place that such radical Islamists are going to come in. Is it possible? Sure. And then people respond, “We should eliminate any possibility.” Well, in that case, you have about 100 other programs to address before the refugee program. That’s just logic. And no program will be perfect.

We know about terrorists—we know a lot about them. And no refugee has killed an American in my adult lifetime. For example, the Boston bombers were not refugees. Nor were the San Bernadino shooters. And on and on. They did not go through the vetting that refugees do. We have had a solid refugee program in place for decades, and there is no need to change it now.

Is the refugee issue a primary issue for you?

No, but that does not mean it’s not important.

Let me be clear. The refugee issue is important because real lives are at stake and our witness in this world is being broken through making decisions based on fear and falling prey to alternative facts. We must include our voices and our prayers in this issue.

We confront issues like abortion, poverty, spiritual darkness and oppression, prejudice, and the like, and we fight until we have no breath left in us.

Join the conversation on Facebook
Tags:
None
Posted:
May 5, 2017

My Stance on Refugees and Immigration, and How They Intersect with Christianity

My Stance on Refugees and Immigration, and How ...