No, Christians Don't Use Joseph and Mary to Explain Child Molesting Accusations

Doing so is ridiculous and blasphemous.
Ed Stetzer 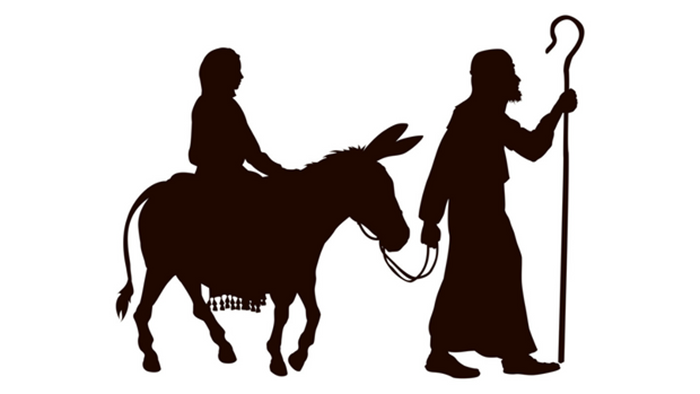 Image: By Christos Georghiou via Shutterstock

There are times when Christians bow our heads in prayer and lament. When we see unbelievable tragedy and suffering, we find ourselves asking how much longer God will wait. This past week, I found myself calling out to God in this respect in the wake of the Texas church shooting, as I read more and more stories of faithful loved ones who lost their lives in a senseless act of violence.

There are other times, however, when we shake our heads in response to the sheer foolishness from those who claim to represent him.

Yes, this is again our reality, this time coming from a defender of Roy Moore.

Today, allegations of sexual assault against Moore broke in the Washington Post. This time, the allegations involved sexual advances against a 14-year-old girl.

Now, let me be clear. I know these are allegations and that everyone gets their day in court. I don’t write articles every time there is an allegation.

Yet, in this case, we need to clear something up.

Simply put, it is important to make clear that Christians don’t believe the message that is coming from some of Moore’s supporters. Actually, most of us find it really creepy.

The Allegations Against Roy Moore

Moore’s evangelical faith has been central in his senate campaign. It is, in part, what won him the primary over the establishment candidate. Since the primary, Moore has continued to campaign as the evangelical candidate while building political alliances with Steve Bannon and his compatriots.

Again, there will be a sizable collection of readers who will immediately shout back that these are just allegations that have not been proven. That candidate Moore deserves his day in court and the presumption of innocence.

And I agree. The court of public opinion in the age of outrage too often looks eerily similar to a lynch mob.

But in the midst of an avalanche of accusations against liberal Hollywood that we accept immediately as truth, let’s not brush aside an accusation against a religious right leader. We need to take allegations seriously on all sides of the political aisle.

Now, I’m not a supporter of Moore. I don’t follow Alabama politics, and he seems a bit of a sideshow to the current (much bigger) issues we face. But let’s be clear about one thing—his defenders are not helping at all.

In defending Moore, his supporters have now become the news and, as they do so, some are stunningly appealing to religious reasons.

Let’s go to the tape:

First, Alabama Marion County GOP chair David Hall told a reporter, "It was 40 years ago, I really don't see the relevance of it. He was 32. She was supposedly 14. She's not saying that anything happened other than they kissed… It wouldn't affect whether or not I'd vote for him.”

OK, really? Did he really just say that?

Let’s be clear, she is saying a lot more than that they kissed. But, seriously, a 32-year-old even kissing a 14-year-old is OK with you, David Hall?

But the most widely reported comment came from Alabama State Auditor Jim Zeigler, who told the Washington Examiner, “Take Joseph and Mary. Mary was a teenager and Joseph was an adult carpenter. They became the parents of Jesus… There’s just nothing immoral or illegal here. Maybe just a little bit unusual.”

So…after I got over my initial shock of this statement, I admittedly got angry.

If this is evangelicalism, I’m on the wrong team.

But it is not.

Note that Zeigler actually presumes guilt but justifies it by pointing to the Bible. (And, note, this allegation was not in the Washington Post, but in the Washington Examiner—often cited as a more conservative alternative to the Post.)

His statement is so far beyond truth that it would be comical, if it wasn’t so offensive and, let me say, nearly blasphemous. My daughters are around that age and, I can assure you, we don’t think that 32-year-olds should have any romantic inclinations toward them.

However, the primary reason I am writing is that Zeigler appealed to the Bible. I want to be clear: this is neither an evangelical view, nor should the Bible be used in this way.

As I said to Michelle Boorstein in the Washington Post:

Bringing Joseph and Mary into a modern-day molestation accusation, where a 32-year-old prosecutor is accused of molesting a 14-year-old girl, is simultaneously ridiculous and blasphemous…. Even those who followed ancient marriage customs, which we would not follow today, knew the difference between molesting and marriage.

So, let’s be clear. No. Normal. Evangelical. Believes. This. About. The. Bible.

Even as I write this, I confess that anger might even be too light of a word for how I feel right now. Eric Marrapodi of NBC news called my comments “hot fire.”

As Christians, this should provoke anger.

We should be angered, first that politicians think they can lie to us so easily by appealing to biblical language and characters. Second, that we so easily fall for such tactics.

For the past decade, evangelicals have been easy marks, and I hope that people won’t fall for these things.

Yes, in case you were wondering, there may have been an age difference between Joseph and Mary. And there were customs then that we don’t follow now. But they were married, not molested.

And let’s go back to the accusation so we can clearly see that these are not the same thing.

The young girl, Leigh Corfman, said Moore touched her over her bra and underpants, guiding her hand to his shorts. “I wanted it over with — I wanted out,” she recalled. “Please just get this over with. Whatever this is, just get it over.”

So, there needs to be an investigation. But you don’t need an investigation of Mr. Zeigler’s defense. If Roy Moore did what he is accused of, he should be out of this race and face the consequences.

Either way, Jim Zeigler needs to read his Bible quite differently.

And to all you reporters out there, THIS IS NOT WHAT EVANGELICALS BELIEVE.

Join the conversation on Facebook
Tags:
None
Posted:
November 9, 2017

No, Christians Don't Use Joseph and Mary to Explain Child Molesting Accusations

No, Christians Don't Use Joseph and Mary to ...