The Need for Multi-Denominational Church Planting Networks in Our Cities

One tribe can’t teach you everything you need to know.
Daniel Yang 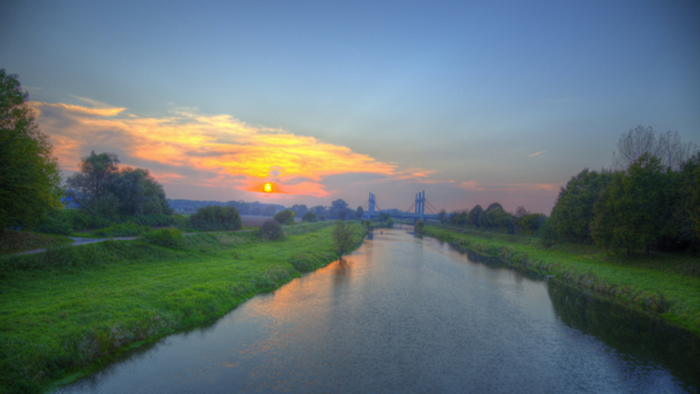 In 2007, I had coffee with a church planter in New York City who had recently moved there from Dallas, TX. This was at the height of the urban church planting craze and I was looking to plant in an urban city with the denomination I belonged to at the time. I was intrigued by this planter because, although he came from a Baptist background, he was part of a multi-denominational church planting group and was being mentored by a Presbyterian pastor in Manhattan. (Any guesses?)

I’ll never forget what I learned from him in that noisy Starbucks at 34th and Park Ave. I took it with me when I planted a few years later:

You need to have mentors from outside your tribe because, in a diverse and complex environment, one tribe can’t teach you everything you need to know.

I’d venture to say that most church planters have found this to be true. We need the benefits of multi-denominational partnership.

About two decades ago, multi-denominational church planting in North America started taking off. Some of it was in response to a slow-down in church planting experienced by denominations. Entrepreneurial leaders were willing to manage the tension of theological and philosophical differences for the sake of the kingdom.

But, also, some networks were started with the vision of seeing the Church at large work together as a testament to the Gospel and Jesus’ unifying mission. These networks weren’t just starting churches around tradition and funding. Churches were aligned around core theology, ministry context, and passion for their own cities.

Today, the growing trends seems to be that multi-denominational church planting networks are regionalizing and becoming city specific.

The Sent Network (not to be confused with the Send Network of the Southern Baptist Convention) focuses on planting churches in the Baltimore and DC region. Churches in their network are more closely aligned and are committed to a covenant which consists of a confession of faith and shared mission and Gospel DNA.

Here are three things the Church in North America is discovering as city and regional multi-denominational networks continue to pop up and grow in value:

1. Unified mission to a city is an extremely important apologetic.

You might say, “An unbelieving world doesn’t care about denominations, so why would they notice now that we’re planting churches together?”

Multi-denominational church planting isn’t a strict rational argument for Christianity, but it has subversive effects that will help the cause of the gospel over time.

Just think about this. For the last two generations, denominational tribalism and disunity have been a cause for people to either be confused about Christianity or skeptical about the Church as an institution. This is largely due to two reasons: (1) the last two generations saw the rise and decline of Protestant North America, both Evangelical and mainline (as well as Catholic Church controversies), and (2) it’s not uncommon for flagship denominational churches to do what they think is in their best interest over the interest of other city institutions.

These two reasons have caused people to distrust denominations. But if you understand this, then you should also realize that much of the distrust people have towards the Church in North America is based on what is, now, the declining older Protestant Church. It’s not necessarily against the growing kingdom-minded Church that at times has been subtle, but has always been around and is emerging today at a quicker rate.

When you birth new churches for new generations that are city-positive and kingdom-minded, you’re not only constructing a new Protestant narrative in North America, but you’re also removing the power given to the old argument that says the Church isn’t unified.

God is still building his transcendent kingdom Church. And multi-denominational church planting is helping to usher in that reality.

2. A welcoming atmosphere is more conducive to new planters than a hostile one.

Almost five years ago I moved to Canada to plant in downtown Toronto with the North American Mission Board. The multi-denominational network in Toronto was still in its developing stage and our denomination’s regional team was trying to stay afloat while planting a few dozen churches in a metro area of over 6.5 million people.

The work was hard enough and the support little enough that if the pastor of the church plant in the community next to us told me to roll over and quit, I probably would have. But he didn’t. Instead, he took our team under his wing and breathed life into us. He even sent people from his Presbyterian congregation to join our Baptist congregation.

Later, as our church was getting off the ground and growing, a Mennonite Brethren network approached us. We intentionally told them that we didn’t want funding; instead, we wanted camaraderie in the city and we’d be willing to come alongside their vision and their planters. We didn’t know much, but we did know this:

A welcoming environment is more conducive to new church planters than a hostile one.

Planting in downtown Toronto was difficult and very slow at times. And the multi-denominational welcome was a part of what kept us in the game. Because we received this welcome, we wanted to provide it for other church planters as well.

A funny thing happens when you tell your church planters that they’re allowed to learn and to play with other tribes and networks. Your church planters become more savvy in leadership and culture. And they end up having a bigger picture of what God is doing outside of their own church and their own denomination.

Every considerate church planter will want to take what they’ve learned and share it with their own tribe. It’s the communitas that Alan Hirsch describes in his book The Forgotten Ways. It’s the brotherhood that leaves their tribe and that’s birthed out of adventure, challenge, and mission. And when they return home, they now have something new and fresh to offer.

It’s been my experience that the best church planters honor their denominational roots. They study history in order to better understand the present. They know that they stand on the shoulders of many other women and men. They acknowledge the weaknesses and shortcomings (and often embarrassments) of their tradition, but they also build on top of what historically has been passionate—albeit imperfect—movements of the kingdom.

What church planters learn outside of their denomination is often brought back to create positive change within their tribe.

As far as we can tell, multi-denominational networks haven’t led to denominational decline. Quite differently, in many instances, they’ve challenged denominations to better equip church planters and to take the mission of God in North America seriously again.

I’ve shared three discoveries that have come out of city and regional multi-denominational church planting networks. And I don’t think these networks will disappear anytime soon. What we’ll probably see is how they’ll continue to refine and distinguish themselves as a valuable part of North American missions. We’ll also likely see denominations continue to rebrand their tradition in new and relevant ways and become better mission agencies in order to reach a fast changing culture.

If you belong to a city or regional multi-denominational network, let me hear back from you on what you’re discovering and how your network is helping to champion church planters and church planting in your city. Email me at daniel.yang[@]wheaton[.]edu.

Join the conversation on Facebook
Tags:
None
Posted:
September 5, 2017

The Need for Multi-Denominational Church Planting Networks in Our Cities

The Need for Multi-Denominational Church Planting ...