It's Time to End the Stupid about the End Times: Debunking Christian Numerology 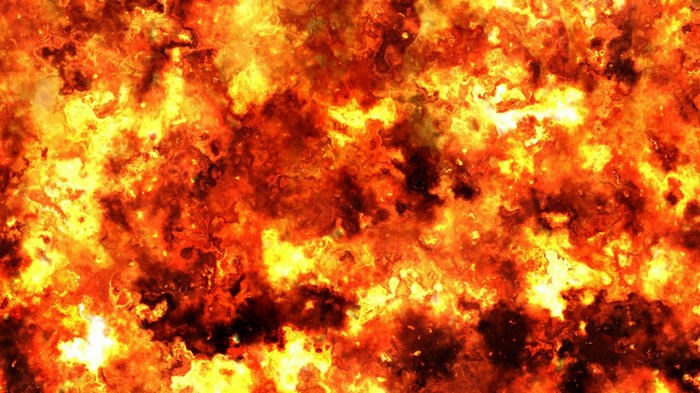 Self-proclaimed Christian numerologist David Meade is at it again. This time, though, he’s saying that the world is going to end on April 23rd.

It’s on the front page of the USAToday and the Drudge Report right now.

Worse yet, he’s now brought international policy issues into the discussion (another subject area for which he has no academic credentials, like his “Christian numerology”). He’s now predicting that a nuclear conflict will also occur this month.

But before you panic and make an emergency trip to the grocery store or run to break out that apocalyptic survival gear, know that this isn’t Meade’s first rodeo. He’s predicted that the world would end not once, but twice already this year. Again, before getting into a tizzy and starting to think that maybe this could finally be the real deal, I want you to notice something: we’re all still here.

But this is causing embarrassment to those of us who actually seek to understand and have faith in what scripture actually tells us about the end times.

Meade is a fake expert in a fake field proclaiming another fake event. And, it’s time for the news media to stop covering the same person making the same fake claim over and over.

No one (yes, no one) knows the day or the hour

When Meade made these claims last September, I responded the same way I have in the past, seeking to confront falsehood and fake news with a revolutionary concept: the truth.

Jesus tells his disciples in Matthew 24:36: “But about that day or hour no one knows, not even the angels in heaven, nor the Son, but only the Father.”

For Meade to claim certainty (again)—to say that Christ is coming on this date or that date—is him essentially claiming to know more than even the Son of God himself when it comes to the end times.

Scripture is clear: none of us know. Neither Meade nor any of the dozens of conspiracy theorists are justified in claiming foreknowledge of an event that Jesus tells us they can know nothing about.

I emailed Meade on January 15, 2018 after his last prediction failed. I wrote him:

Hi David,
It looks like all those predictions did not come together. I wonder if you regret them now and the embarrassment they’ve caused so many Christians?
Ed

His reponse was to send me a link to his webpage.

I asked again if he had regrets. He explained that “revelation is progressive.”

But, it’s not, David. You are either a fraud or a fool, and it’s time for you to stop making Christians look foolish.

And, it’s time for news sources to stop citing him. If you want to find a Christian to make Chrisitans look foolish, there are plenty. You don’t have to keep going back to the same one over and over.

No Christian I know thinks that David Meade has any credibility or purpose, except to make Christians look silly.

It’s time to end the stupid about the end times.

I’ve written before on the dangers of spreading false conspiracy theories saying:

When we bear false witness, we establish a reputation for blindly succumbing to unverifiable or groundless stories. How can we effectively witness when we have negligently borne false witness? How can we then claim to be the body of truth itself? When we spread conspiracy theories and fake news, we discredit ourselves, and we allow the gospel to be discredited as well.

These things are still true—those who’ve bought into Meade’s theories and others like his have only contributed to the widespread skepticism about matters of faith in our culture.

Meade has no credentials. His claims are lacking biblical support. And yet, we fail as believers to think critically and call out him and others like him who would have us succumbing to their false ideologies.

As Christians, buying into these notions only hurts our credibility and prevents the culture at large from trusting us when it truly matters. It damages our reputations and hinders people from hearing and accepting the message of the gospel which, we all know, is no conspiracy theory.

I don’t know David Meade’s motivations, but I do think he is either a fraud or foolish. No one in the Chrisitan world is taking him seriously, so why are you, USAToday, and others?

It's Time to End the Stupid about the End Times: Debunking Christian Numerology

It's Time to End the Stupid about the End Times: ...