Evangelism in a postmodern context is predicated on listening well.
Jeff Christopherson 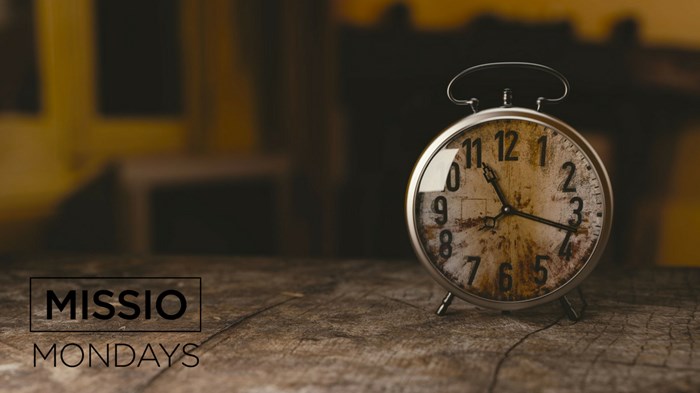 Ask any veteran of the international missionary world and they’ll likely be happy to tell you what one needs to do to see success. Among the many skills they’ll mention, one theme will bubble to the surface over and over again: you must to be a humble learner.

Bearing fruit in an unfamiliar context is predicated on your ability to enter the culture and learn the indigenous rhythms, significant symbols, inherent assumptions, and distinctive worldviews. Conversely, the best way to guarantee failure is to assume that local culture is inconsequential and messianically pronounce your omniscient perspective.

Language limitations tends to be the great equalizer. It’s hard to be smug when you can’t even locate a bathroom. Yet the hubris of an uninformed pomposity hasn’t deterred some from forcing models, pet theological constructs, and ecclesiological preferences on cultures of which they understand little more than a few Wikipedia factoids.

Wise missionaries understand that years of humble learning are essential to effectively embed the gospel in an unfamiliar context.

Perhaps that’s the challenge with North American evangelicalism—we actually believe we’re native authorities. Surely, those who were raised on this soil are positioned to speak and lead with unquestionable credibility, right?

There is significant evidence to suggest that we shouldn’t be quick to pronounce ourselves as cultural experts.

Four reasons why we may not be as prepared as we think we are:

First, the culture in which we now reside is vastly different than the one most of us were born into. To those familiar with a day when Judeo-Christian values were assumed, the North America we now know is a foreign land indeed.

In most population bases within North America, the basic frameworks of Christian identity no longer merit any positive cultural status. To the contrary, geographies with little presence of Christian memory often hold a low opinion of the value of the church as an influence for good and any association with it is often considered as a net negative.

This new reality seems to be accentuated in urban areas—where diversity and density combine to fast-forward changes into a landscape almost unrecognizable to many. Natives, most multi-generational evangelicals are not. As strangers in a foreign land, we must now take the posture of a humble learner in order to understand, and speak into, a culture that we no longer know.

In most population bases within North America, the basic frameworks of Christian identity no longer merit any positive cultural status.

Next, many of our “expertly” applied forms are simply not working. In other domains, experts are evaluated based on their ability to apply their expertise in such a way that clear, measurable outcomes result. An expert auto mechanic is one who is able to accurately, quickly, and effectively discern what is wrong, and use those skills to correct the problem.

Certainly, it’s difficult to draw one-to-one comparisons between expert auto mechanics and Christian leaders, yet it’s necessary to consider whether transposing obsolete forms of mission is actually making a dent in our increasingly lost world.

If the needle isn’t moving, we’d be foolish to consider ourselves to be experts. In reality, many of us who fancy ourselves as experts are actually ill-equipped novices when it comes to evangelistic effectiveness in this new world.

By doubling-down on evangelical-centric forms with a selfish appeal to a nostalgic memory we only exacerbate the distance between the gospel and those frantic for good news.

Third, evangelism in a postmodern context is predicated on listening well. The largely mono-cultural homogeneous world peppered with a familiar Christian memory responded well to didactical presentations of alliterated pragmatic points punctuated by Scriptural proof. God used such evangelism methodology to have great effect in a previous era, but this is not the world we live in now.

Doubt, skepticism, and distrust cloud the conversations we have with those outside the subculture making it difficult to move from point A to point B in a linear fashion. Effective evangelism requires humble listening and learning—asking good questions, being fully present with people in pain, and bringing Scriptural truth to bear on deep wounds of those desperate for good news.

Those who have postured themselves as cultural learners understand that the slick responses that are handy in shallow end of the pool are not satisfying answers to people’s deep desperation.

Effective evangelism requires humble listening and learning—asking good questions, being fully present with people in pain, and bringing Scriptural truth to bear on deep wounds of those desperate for good news.

Finally, diaspora populations are increasingly normative, and increasingly important. First-hand experience with global cultures which once necessitated a valid passport now only requires a pair of tennis shoes. And the nations for which we once sacrificed to send our best, now are leaving their worlds to move next door to us.

A kingdom opportunity of historic proportions – unless your kingdom is of this world. But in this global migration, often described as a threat by many self-professing evangelicals, may actually be found the keys to our reinvention.

Few missiologists would point to our North American version of Christianity as the future of the church. Our future can be seen in the places where the gospel’s influence is rapidly expanding, and where the church sees herself as the agent of God’s grace, not merely the objects of that grace.

For those who have eyes to see, there are living examples in persecuted and displaced kingdom warriors who are now driving our Ubers and who are willing to become humble Sherpas to our ancient future.

These days of disorientation in the church in North America should challenge our assumptions of expertise and press us into a posture of learning.

We have some learning to do.

Jeff Christopherson is an author and Chief Missiologist and Vice Presidentof the Send Network. He also serves as Co-Executive Director of the Send Institute, a partnership of the Billy Graham Centerat WheatonCollegeandthe North American Mission Board.

How Cultural Attachments of Yesterday Diminish Our ...