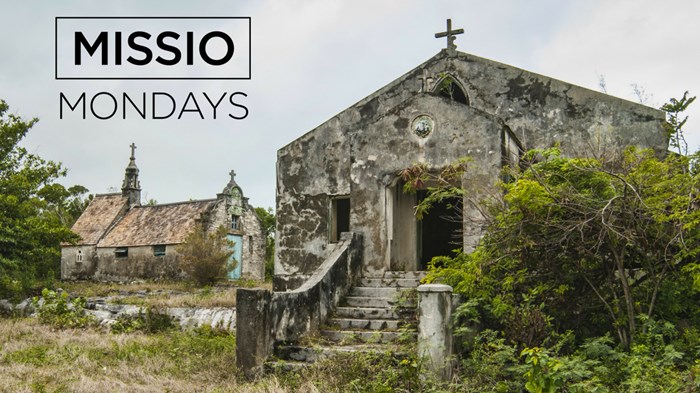 You might expect to get varied answers to this question from church planting theorists, strategists, and practitioners, but among those consistently participating in this conversation one comment bubbles to the top almost every time: A scarcity of prepared leaders.

This wasn’t true in the not-too-distant past. As networks and denominations fanned the fires of church planting fervor, the early adopters were quick to launch out and start new churches. There was once a substantial pond of would-be church planters from which to fish, and numerous groups threw their lines in the water and caught strings of quality leaders.

For example, Chris Railey, Senior Director of Leadership and Church Development for the Assemblies of God, reports that they planted 406 churches three years ago [1] and the North American Mission Board’s Send Network saw a similar rise in church planting in 2014 [2], with 985 new church planted.[3]

So, what’s the problem?

To many, all looked good. But there was a problem that most didn’t foresee over the horizon. It soon became obvious that ready-made, pre-prepared church planters were becoming a difficult fish to catch. The pool of church planters was becoming fished out and no one was stocking the pond.

The pool of church planters was becoming fished out and no one was stocking the pond.

The years that followed were met with diminishing or plateaued results among even the most aggressive denominations or networks.

No amount of altered strategy or focused resourcing can make up for a lack of pre-prepared leaders to plant the churches that North America so desperately needs.

Most missiologists estimate that we need at least twice as many new churches started each year simply to keep up with the increases in population between now and 2050. One thing is certain: We'll never hit those numbers while our strategy remains fishing from a fishless pond.

We'll never hit those numbers while our strategy remains fishing from a fishless pond.

How do we get there?

The future will hinge on the vitality and multiplication prowess of the average local church. For us to evangelize the lost and plant healthy churches we must return to the centrality of the local church in our church planting endeavors.

No network or denomination is capable of training and sending leaders at the rate we need, nor do they have the God-ordained role and responsibility for such a task. The local church must be the epicenter from which multiplication spreads, and denominations and networks should come alongside of, not usurp, the work of these local churches.

Local church centrality in church multiplication initiatives also depends on the average church to get in the game. The unspoken assumption by some is that the megachurch, led by the nationally-known pastor, is the only type of church that can set loose a movement.

Our day is certainly testimony to the fact that many such churches are stewarding their capacity to send their best to share the gospel, make disciples, and establish churches. But, there simply aren’t enough of these churches to keep up with the church planting need. In addition, many church planting residencies across North America do a tremendous job in “finishing” a called and pre-prepared church planter, but have no discipleship processes for developing church planting teams from within their own congregations.[4]

The future is for the multiplying church

What we need are more churches with passion and process for taking Jesus’ command of disciple-making from pre-believers all the way to church planters. At the North American Mission Board, we say that multiplying churches discover, develop, and deploy church planting teams from within.

This necessitates churches shifting their strategies from raising up volunteers to serve in their internal machinery, to developing missional leaders with a heart for evangelism/disciple-making who in turn will form the foundation of a new church.

To this end, we have developed some tools to assist a local church in the process of organic multiplication – we call it the Church Planting Pipeline. Our goal is that by 2030, we will be able to identify 1,800 churches[5] giving themselves away in this manner.

A shortage of missional leaders is the greatest hindrance to the church planting momentum that North America requires. The answer to Jesus’ prayer request in Luke 10:2 will only be found when churches recalibrate their scorecards of success in alignment with their eternal kingdom assignment – that is, making disciples that are thrust into a waiting harvest.

It’s not new. It’s not innovative. It’s not complicated.

[1] Under Chris Railey’s leadership, the AG are working toward the audacious dream of planting 1000 new churches annually.

[3]This church planting number doesn’t include affiliations which if added would total 1,193.

[4]The Send Network conducted a study of 17 church planting residencies and found that all 17 residencies studied had no process for indigenous and organic multiplication - but rather, served as a “finishing school” for planters desiring to connect with their reputation and culture. Many of these church planting churches skillfully leveraged their proximity to a seminary or Christian university to attract potential church planters for Kingdom advance. Reporting this study is not designed to denigrate such strategies, but to point out that this reality is not reproducible, nor is it a path toward multiplication.

[5]This number relates to 4% of the SBC. This, added to 10% of churches reproducing (as a “Sending Church”) might become a tipping point in the SBC away from addition toward multiplication.

Jeff Christopherson is an author and Chief Missiologist and Vice Presidentof the Send Network. He also serves as Co-Executive Director of the Send Institute, a partnership of the Billy Graham Centerat Wheaton College and the North American Mission Board.