We are going to hear the voice of survivors, trauma counselors, and Christian leaders who will call evangelicals to a better way.
Ed Stetzer and Laurie Nichols 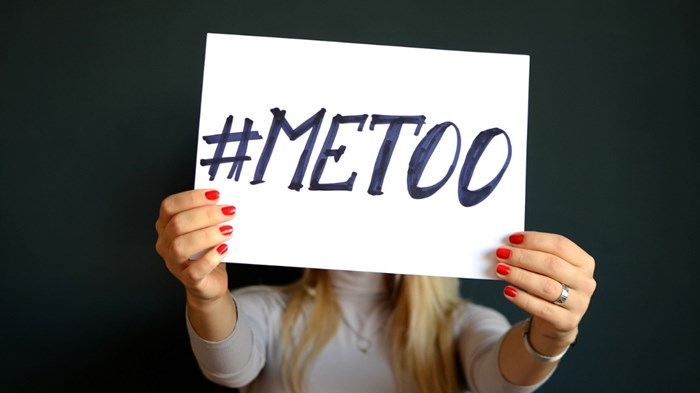 Maya Angelou once said, “There is no greater agony than bearing an untold story inside you.”

The reality of that agony is more real than ever as this powerful imagery speaks volumes to an important issue we face as a nation, and inside our church walls, today. The issue of sexual abuse and scandal has rocked and ravaged our front pages, our computer screens, and our congregations within the past year.

Last year, Time Magazine’s person of the year was actually more than one person. That annual high-profile cover showed us “The Silence Breakers,” those behind the movement that gave voices to so many women.

But well over a year after this all began, we still have so far to go—especially in the church.

What followed #metoo was #churchtoo—the telling of stories of abuse specifically within the context of church life. The posts, tweets, and hashtags once again flooded our social media pages and dominated conversations everywhere. And still, the stories haven’t stopped.

Most are aware of the fire being felt by the Catholic Church for the behaviors of priests and bishops towards children. Some of the headlines this past year alone have read, “American Priest is Accused of Molesting Boys in the Philippines” and “U.S. Catholic Church Hit with Two National Lawsuits by sex-abuse victims” and “Catholic Priests Abused 1,000 Children in Pennsylvania, Report Says.” The pope, in response to what happened in Pennsylvania, wrote in a letter this August, "We [the church] showed no care for the little ones; we abandoned them."

Will all of us who claim to follow Jesus Christ care for “the little ones?”

But we can no longer look from the outside and say that this is their problem. The Catholic Church is not the only one that has fallen short. Recent headlines, in fact, confirm the problem in many faith communities.

Just this week, The Star-Telegram conducted an investigation that uncovered at least 412 allegations of sexual misconduct in 187 independent fundamental Baptist churches and other affiliated institutions spanning 40 states and Canada. Another young man told his story to The Hanover Evening Sun in August about his experience being groomed at a Lutheran church he attended as a boy. The Chicago Tribune exposed devastating allegations at Willow Creek Church that sent shock waves through evangelicalism.

And a few days ago, news broke about a volunteer in a prominent SBC church who was charged with the molestation of numerous preschool boys. This is far from the first story in the SBC—the SBC has had its own reckoning over the past year.

Earlier in the week, CBS News reported on abuse allegations in camps, many of them religious in their orientation.

So, yes, Catholics and Fundamentalists need to clean their house. But, so do evangelicals.

Churches across denominational and geographic lines are all falling short of who we are called to be. It isn’t an issue for one group. It is an issue for many religious groups. Few of our faith traditions are in the position to cast stones, but all of us need to be aware and take action.

With many others, we are heartbroken by the stories and allegations coming out. We grieve when someone tells their #metoo or #churchtoo story. There is no time when sexual violence, or oppression and victimization of any kind, is alright.

Our sweeping condemnation—across all denominational and religious lines—of all those engaged in oppressing and harming others must be unwavering.

So Where Do We Go from Here?

Addressing issues related to sexual violence on any part of the continuum (be it verbal harassment, domestic abuse, rape, or any other) is challenging, and yet is exactly what all those in all faith traditions and denominations must do. No exceptions. No feet dragging. No excuses.

Violence against another is what we all ought to call anathema.

Judgment, as the Bible tells us, begins in the household of God, and we are called to a higher bar because of our claim to follow Jesus Christ.

So where do we go from here?

Well, we repent. We take an honest look in the mirror and realize the people we may be and the roles we may have played in harming or silencing others. We fight the temptation to do damage control and to protect institutions at the expense of people. We may even sit in our proverbial sackcloth and ashes and ask God to change us and to give us hearts that suffer with and align with our sisters and brothers who have been wounded.

We also sit at the feet of those who have stories to share. We offer up listening ears and open hands to respond in a manner worthy of our calling. We reflect.

Every account of sexual abuse inside and outside our churches must be addressed properly, and this begins with the critical element of belief. We believe those who are wounded and promise to care for them as Christ cares for his church.

Finally, we must properly address the muddied waters of power that have slowly seeped into our church structures. The saying “absolute power corrupts absolutely” is a truism that has found its place in too many of our churches.

Things like “the good ol’ boys club” among pastors, priests, leaders, elders and the like, must be broken down, in their place rising up a leadership that accepts accountability, lives with integrity, and walks humbly with God and others.

You can’t address the issue of sexual abuse and sin without experiencing pain. You can’t have conversations around how to respond without encounering disagreement and criticism, and we understand that. For us, we are trying to to bring greater awareness to our faith community, and start conversations that will lead to a better evangelicism in the future.

Some will say that evangelical beliefs are the problem, and we particuarly understand that may come from some who have been hurt by evangelical churches. But, like the Roman Catholic Church has seen, it is often Catholics who can help other Catholics to begin change in their community— and we are trying to help do the same in ours.

Of course, this is just one conversation in a world where many have already taken place. This gathering is not the voice of anyone other than the speakers who lend their voices. Listen to others who care about the issue. (We are and we’ve learned from people who disagree.) Listen to their critiques of us— they may know more and do better. We will listen to them as well.

But, seeking to address the problem in our churches is needed, and we are going to do our best to try to advance the conversation in evangelicalism.

Tomorrow, the Billy Graham Center at Wheaton College, in partnership with the college’s School of Psychology, Counseling, and Family Therapy, will be hosting a one-day event called Reflections: A GC2 Summit on Responding to Sexual Harassment, Abuse, and Violence. We are seeking to challenge those in evangelical churches to address this very real problem we have.

Although we are approaching this from an evangelical perspective, all are invited to attend. We believe deeply in the power of God to heal and change us so that we would be places of safety and refuge for all.

If you call yourself an evangelical, or some other kind of Christian for that matter, you are on the hook. People are watching us to see how we will fix these issues. It is for all “the little ones” that of which Christ spoke. We are called to suffer with, fight for, and stand among those who have experienced sexual abuse and violence of any kind— childen and adults. May we do no other.

But, it is not just a Christian thing. People of all faiths, and of no faith, need to find ways to gather and talk about these hard issues. People will say you are not the right people to do it, but do it anyway. Reform from inside a movement often can best change a movement. Learn from all, but take responsibility for those in your faith tradition.

There’s no greater agony than bearing an untold story. It’s time for the church to start listening. It’s time to say that this stops with us.

In all our imperfections, that’s what we are trying to do with evangelicals.

For the good of all, may hundreds of such conversations among hundreds of different faith groups spring up for the protection and flourishing of all people—most importantly those who have been wounded.

A few minutes ago, we published a values statement document here. The document was prepared by the Reflections Summit planning team, including team members from the Billy Graham Center and the Wheaton College School of Psychology, Counseling, and Family Therapy. Additionally, a number of trauma specialists and Christian leaders also spoke into this document. Special thanks to Justin and Lindsey Holcomb for their input as well. We would welcome your feedback via email. We plan to release the final document soon.

Laurie Nichols serves as Director of Communications and Marketing for the Billy Graham Center at Wheaton College.