There are things about Chau’s story that raise questions worth our consideration.
Ed Stetzer 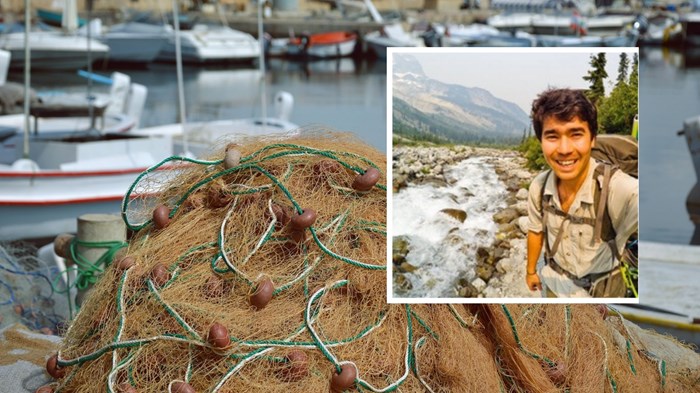 Missions, as the world has seen this month, is controversial.

John Chau’s missionary journey to North Sentinel Island has captured the attention of the world. Many have written their thoughts, and I’ve done my share as well (see part 1 here and my Washington Post article here).

Many hot takes were written, and people were understandably passionate. As this news has faded from its fever pitch, I’d like to think through some of the missiological questions that still need to be addressed.

It is important to note that we can still appreciate Chau's passion while we also consider and discuss some of his methodology.

We’re going to do that here.

My guess is that many missiologists will be doing that for years to come.

(Wheaton College missions professor, and former missionary working with tribes in Papuau New Guinea, had an early discussion on a recent Facebook live.)

Let me first begin by saying that Chau's death is tragic and grieves me personally as a missiologist and a catalyst for missionaries. We learn from his social media, journals, friends, family, and preparation that John had a genuine passion for unreached people groups, and he was seeking to share the love of Jesus with people around the world. This is commendable and brave, especially all of his preparation in the many years leading up to this encounter.

I wish that so many Christians sitting at home unengaged in God’s mission would be a lot slower to criticize.

His passion is a key factor of his story that is important to note, highlight, and celebrate. It takes a brief moment of bravery to do one extraordinary action, but Chau’s deep conviction is evidenced by his years of working toward his engagement of the people of North Sentinel Island.

Some Background on Chau and Media Reporting

It is clear now, contrary to earlier media reporting, that John Chau was not completely unprepared. That does not mean he was fully (or even rightly) prepared, but he was doing what he thought was right, he prepared, and it cost him his life.

His actions are rightly causing a global conversation about missions, and they should. I would imagine that if John was here he might even have been encouraged at the level of attention that has been generated when it comes to missiology.

And, it is worth noting that the media coverage has been horrific. The Washington Post has been an exception, providing a fuller portrait and more details, because it’s important to know the facts. In a rare glimpse so shortly after someone's death, his parents released John Allen Chau’s journals and emails to the Washington Post. Also, Mary Ho, the Executive Leader of All Nations, gave extensive details on John’s life and ministry that culminated in this multi-day encounter that ultimately took his life.

But it is clear from much of the coverage that there is a confusion and even antagonism towards any Protestant, conversionist missionary endeavor in our modern cultural context. As I wrote in the Washington Post:

So, what is the modern missionary to do? In today’s world, the missionary mind-set itself is a modern-day heresy. However, it is still the teaching of Jesus and cannot be erased from the pages of the Bible.

In other words, it is inconceivable that anyone would go to a people group and try to convert them.

This message comes through in much of the reporting.

But, bad coverage aside, there are some things about Chau’s story that raise questions worth our consideration.

How Do We Do Missions

Contrary to the desire of many, Jesus clearly calls us to go to the nations, and evangelicals have taken that to mean people groups around the world.

Evangelicals affirm we have a missionary Father God who sent his Son Jesus on a successful mission to save us, and then gives us his Holy Spirit to equip us to join him on his mission to save others.

We deny the missionary heart of the Trinity if we neglect the hard and difficult places in the world, always considering the complexity around engaging remote places. (More on that in coming articles.)

We are truly called to go "to the ends of the earth" and “to every tribe” with the gospel. Those are the actual words of the Scriptures and I can’t take them out to make the message more palatable to modern sensibilities.

But Scripture also gives us ways to do that—some explicit and some implicit. So, before we demonize Chau as foolish or elevate him as an example to be emulated, let's reasonably look at what the Bible says about reaching those without Christ.

As a missiologist, the details and firsthand accounts of Chau’s interaction with Sentinelese tribesmen give me solemn pause and reflection on many things. In the coming parts of this series, I will talk about disease, colonialism, legality, and more, but it is worth starting here and addressing the value of community and the missionaries Jesus sent out.

Community Is Vital for the Missionary

Chau indicated that he went alone to the island, although Mary Ho said he had the option to have a team go with him. Ho mentioned in her interview with Christianity Today:

It also appears that from the very beginning he was fully aware of the dangers and was warned of the peril he was entering into. Right after he “hollered,” the Washington Post reports that one of the juvenile natives shot at him with an arrow which pierced his Bible. (WAPO)

In the following days, he was killed.

Here is an important reminder: more missionaries die than you know. They don’t all make the news. And sometimes they are in places without the approval of government—yes, that’s part of it at times. (More on that in future parts of the series.)

However—and this is a big however—mission agencies approach such places with great caution, support, strategies, and hardly ever send people alone. Chau seemed to believe (via Ho), that it was safest to go alone. That raises many questions.

Now, it is important to note that we may not know the whole story. If there were others involved, they would be in danger, so I will simply precede with the idea that he was mostly alone.

Jesus sent people out in pairs, which is worth noting.

In Luke 10, Jesus sent each of his 70 disciples out two-by-two. Together, they were to go into a town to invite others to hear about the message of the Kingdom. He never sends them out alone, and that becomes a pattern in the New Testament.

We see later in the biblical narrative that Paul travels in a team (Acts 13:2); so does Barnabas (Acts 15:39). And when the church was being established, Timothy and Titus were called to raise up a team of ministers around them to accomplish the hard work of ministry (2 Tim. 2:2; Titus 1:5).

Not only does God not call us to go after his mission alone, but evangelicals even believe God himself is not alone, as he is three persons (Father, Son, and Spirit) working together in community to accomplish his mission.

Chau had the zeal, but a community around him could have encouraged and supported his efforts while also giving him practical wisdom and careful advice.

Furthermore, perhaps a better approach might have been to engage, train, and equip near people groups in his efforts. For example, East West Ministries engages Christians in tribes of similar background to help them engage such unreached people groups. Americans don’t show up on the beach. If they are involved at all, they are in the background.

Sandra Glahn explained on Twitter, “We work to reach remotest [people]. We don’t send foreigners but serve national partners (few cultural barriers & no threat of colonialism) as they work as teams to reach their own adjacent peoples.”

Even if the people groups are not close, it is important to notice that Americans draw the attention in ways that can be dangerous for the American and the indigenous people.

Thinking more about missions is a good thing.

Chau’s death is tragic, but if it spawns a conversation about missions done well, good can come from it. Of course, as I mentioned at the beginning, we don’t know all the details, but we can still learn from the details we already know.

Joshua Young contributed to this series.