Power, wealth, and political influence may not be the prize that the world needs to experience. In fact, it may be the problem.
Jeff Christopherson 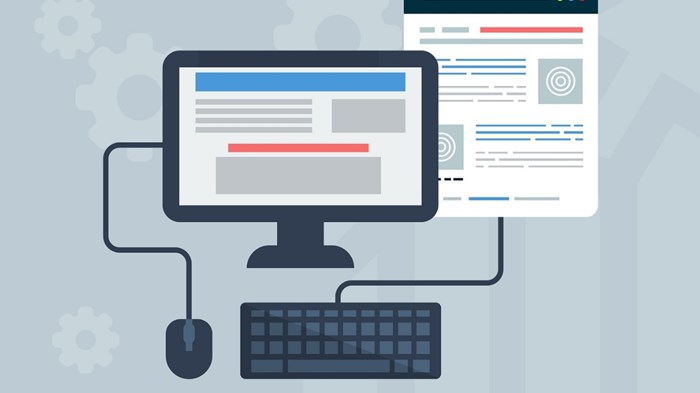 Many evangelicals instinctively believe that our culture’s access to technology has contributed to the decay of today’s moral verve. Although that may be true in a limited scope, it is more likely that today’s technology has more often served to reveal the true nature of our moral condition, rather than contributed substantively to its demise. What was once thought hidden is now, through technology, humiliatingly paraded for all to see. The sickness was always covertly cloaked amongst us. Technology simply exposed our malady and arranged for the predictable perp-walks.

Similarly, today, many bemoan the seemingly instant free fall of evangelicalism’s reputation among those it once sought to influence. In our hand-wringing, many automatically equate this collapse of public standing to the way evangelicalism appeared to have tethered itself to a disruptive and ethically challenging political campaign. With this ecclesiastical-partisan linkage firmly established, those outside were now more outside than ever. They became committed strangers with little compelling attraction to do anything but remain stalwart outsiders.

Here is the troubling question. Was this recent sacred-secular alliance actually the cause of our missionary dissonance, or was it, like morality and technology, actually an instructive event revealing the nature of our true loyalties? Has our deep distance from missionary effectiveness resulted from a recent, political moment in history or from a sustained misunderstanding of the nature of the gospel and its calling as a gospel-surrendered people?

To me, it seems apparent that it is the latter. The cavernous division between a commissioned missionary people and its mission field serves as a well-polished mirror clearly revealing the nature of our problem: the gospel is not our prize.

With our eternal loyalties in question, we have become anything but a ‘peculiar people’ who are, in our very selves, living proof of an eternal kingdom (2 Pet 2:9). Instead, in our aspiration for earthly influence, we have become so ordinary that very few outsiders see us as anything other than their opponent. And in this opposition, we have both misplaced our mission and lost our gospel voice.

So, how do we correct ourselves? How can we embody the good news we claim to have experienced? What about the nature of the gospel must characterize those who claim its redemption?

Here are four characteristics of the gospel that could help us regain our voice.

1 – All that we have is Good News.We have mistaken material wealth, institutional influence, and political power as an inherent sign of God’s favor, like the church of Laodicea in Revelation 3. The result of this deceptive substitution has been a sacred pursuit which is nauseating to God and tepid in its kingdom influence. Perhaps in moments like our current cultural free fall, we should reconsider what it is that we prize as His people. What is it that we truly value? What do we really have?

Our power, wealth, and political influence may not be the prize that the world needs to experience. In fact, it may be the problem.

2 – The Nature of our Good News is Bigger than Politics.The interesting thing about the gospel is that its power has been experienced by God’s people of varying cultures, assorted political ideologies, and diverse socio-economic backgrounds across continents and through the centuries. Any time that a people have laid exclusive claim to gospel status, that claim has in itself demonstrated their spiritual deficit.

Our power, wealth, and political influence may not be the prize that the world needs to experience. In fact, it may be the problem.

As long as our Good News is allied with political partisanship, it is unlikely that the intended audience of our message will ever see past our divided loyalties to the answer that we claim to embody.

3 - Good News can only be Lived, not Legislated. Had Jesus thought with an earthly mind, he certainly would have more closely resembled the Messiah that Israel was looking for— impressive, powerful, wealthy, and pedigreed. Instead, he invaded history as its opposite—unremarkable, common, poor, and lowly. There was nothing in Jesus’ résumé that would instruct an earthly mind about the coming revolution. This was in fact, the very secret of his Kingdom. There would be no need for political action committees, well-placed lobbyists, or a sullied, moral majority for the upcoming insurrection. All that was needed was a handful of disciples who were transformed by the truth of the Good News.

Our day will not be an exception to history. Those desiring association with political power for the sake of a sacred cause will only be consumed by the process. The spiritual revolution required by our King demands another way.

With the ironic grandeur of a mighty mustard seed, or the incongruent dominance of a microbe of yeast, the Kingdom of God turns everything it touches ‘upside-right’ without aide of human agency.

4 – Only Good News Lived will become Good News Believed. The good news about our Good News is that its power requires no power. With the ironic grandeur of a mighty mustard seed, or the incongruent dominance of a microbe of yeast, the Kingdom of God turns everything it touches ‘upside-right’ without aide of human agency.Those who receive grace dispense grace. Those who have been forgiven, forgive. Those who have been healed, heal. And in this transference in Jesus’ day, the change that a land so desperately required – transpired – not from an outward transaction, but from an inward transformation. Darkness is always unprepared for this kind of political action.

And so, it would seem that our increasing free fall from public respect could actually be good news for our Good News if we have eyes to see. The mirror being held up to us clearly reveals the spiritual inadequacy of our ways. Earthly power will never achieve heavenly outcomes. It can’t.