Shootings, Grace, and the Gospel: An Interview with Pastor Eddie Bevill of Parkridge Church on the Parkland Shooting

Parkridge Church met in the high school for 7 years—now they're hosting a vigil for those killed in the shooting.
Ed Stetzer 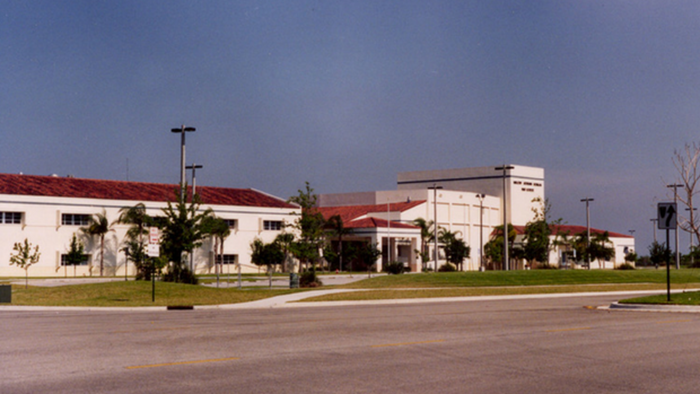 Another tragedy has struck our nation, this time at a high school in Parkland, Florida. According to reports, it’s one of the nation’s deadliest attacks at a high school. My heart dropped when I heard the news yesterday. Another community, and more families, wrecked by violence. I reached out to Pastor Eddie Bevill of Parkridge Church, which first met at the school, to learn how churches are responding.

Ed Stetzer: Tell me a little bit about the background of the church, specifically related to that facility.

Pastor Eddie Bevill: My wife and I founded Parkridge Church in 1992, and we met in the facility for about 7 years, until we were able to purchase land and build our first building, and we are now currently located about a mile or less from that school, and still have a strong relationship there.

We have several families who have students who go there because it is our local high school. We also have a few employees. I know for one, the band director is a member of our church, and maybe some others as well. As far as I know, they are all safe, and not harmed. But information is still a little sketchy on all the names. But as far as we know, we’ve heard from all of them, and they seem to be basically okay.

Pastor Bevill:TJ McCormick is the pastor of Coastal Community Church and they happen to lead a first priority club group meeting there. And when all this went down, they actually had a couple of their staff on the campus. And so I was getting texts from TJ. He was sharing that they have some people there, and they weren’t letting anybody else in at that point, because by then law enforcement had come. So they’ve had some firsthand interaction already.

I’ve had contact from more pastors. I was in a group of close to 20 or more pastors and ministers in the area, especially in northwest Broward County, which is where we are, and it was just everybody wanting to roll up their sleeves and help in any way that they could. We had some parents of students, our property is close enough, and the way the roads were blocked, we actually had parents of students parking on our property and getting out and walking toward the school, about a mile. So they were able to make the walk over there to see if they could find their kids. We were able to minister to some of them and pray with them and encourage them. But it is going to be an ongoing thing as you can imagine for weeks and months to come.

Ed: You mentioned praying for them, ministering to them. Tell me a little bit more about that. I guess in a sense pastors turn into chaplains at moments like this. So what kind of things are you doing?

Pastor Bevill: Yeah, well, it’s all so fresh, and everything was locked down. Even at our church, we have a school that goes through 8th grade and a preschool. So we were in a full lock down mode, as were all the schools in the general area. In fact, where the suspect was arrested was literally within blocks of our church.

So it all happened right here. I think in the next two or three days, we’re going to hear more of how we are being the actual hands and feet of Christ in reaching out and touching them the best we can. Right now I think we are still in shock mode. Beginning tomorrow as the dust starts settling, I think we’ll see more and more of that.

Ed: Tell me about the vigil and the prayer meeting you are doing today.

Pastor Bevill: I’m part of a group in our county. It’s called Church United. It’s a cross-denominational group, all different kinds of Christian denominations. It’s just an opportunity for us as churches to try to be a blessing to our county and to try to raise the awareness of the work of the Church, even though we express ourselves in different ways, from the charismatic to the more liturgical and reformed, to fundamentalist Baptists, etc. We are all over the board, but we have some things in common, that we want to be a blessing to our community.

So over the course of the last couple of years, this ministry, all volunteer, has sort of sprung up. Calvary Chapel here in Ft. Lauderdale has had a big role in helping to get formed. But numerous other churches have been a part of that as well.

We’ve been a part of it for about a year now. And I’ve just recently joined the leadership team. So they reached out to me today because of our proximity, because of our relationship to the school, and said Church United would like to do an event.

So they are coming today. Our facilities are not huge, but we do have a large piece of land. So we are actually going to have an outdoor event. And we are anticipating a large crowd. In fact, one of the Broward County school board members who is a believer, she is going to be here, and share and pray as a part of it.

Several pastors are going to pray. I am actually one of the ones who will be praying as well. A group of ministers of music and worship pastors from two or three different churches are going to be there to help lead in some music. And more than anything, we want to create a place where people in the community feel like they can come and pray and be encouraged, and hear about Christ, and not live in despair. That’s really what we are trying to offer in the event we are having tomorrow, so that’s today at noon.

Ed: How can we pray for Parkland, and Broward, and Palm Beach County areas?

I’m praying that our churches, our church specifically, and other Bible-believing churches in our area, that we will point people to Jesus. I mean, He’s the only hope we have. He’s the only thing that provides a future. He’s the only one who can bring peace where there is nothing but lostness and struggle and anger and fury and confusion, etc.

And so I just really hope that that will be what comes out of the event today.

And that the families specifically of those who have died, that they would find hope in the midst of what must be the most excruciating pain you can ever imagine. That’s really my heart and our hope.

We just want to see Christ in the forefront of all of this. 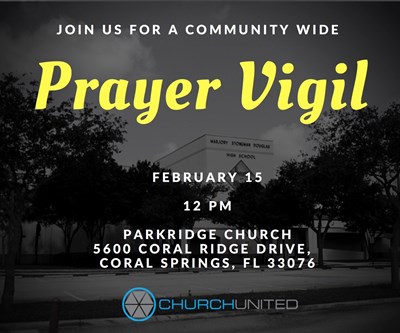 Join the conversation on Facebook
Tags:
None
Posted:
February 15, 2018

Shootings, Grace, and the Gospel: An Interview with Pastor Eddie Bevill of Parkridge Church on the Parkland Shooting

Shootings, Grace, and the Gospel: An Interview ...