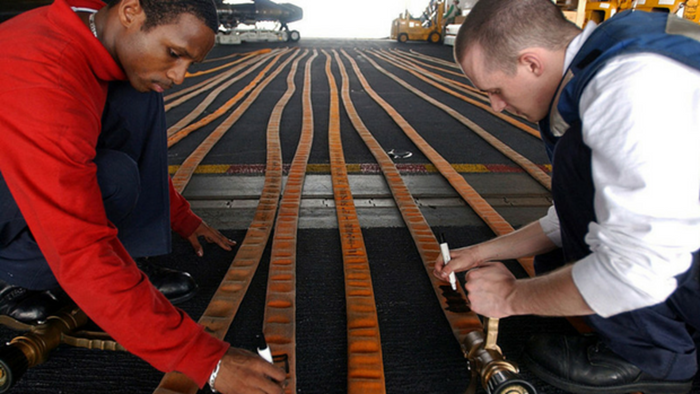 Dubois’ words ring truer today than ever before. The color line painfully remains. Even in evangelicalism.

I have written about the color divide in evangelical spaces before. In fact, many people of color now cringe when you mention the term ‘evangelical.’ Why is that? Are these communities gospel-adverse? To borrow from the Apostle Paul, “Certainly not!”

When it comes to minority angst surrounding the term ‘evangelical,’ it’s not a definition problem, but an identity problem.

Today, the historical meaning of the term ‘evangelical’ has given way to a political one.

And I fear the political atmosphere over the past two years has re-traced the color line. There’s been some spiritual redistricting going on in Christendom, and it’s not pretty.

For a black man who is intent on pursuing racial reconciliation, what I am seeing hurts. Deeply. I grew up in the black church, firmly entrenched in a culture of gifted orators and melodious music. I attended two of the most prestigious Historically Black Colleges and Universities (HBCUs) in the country. I earned my undergraduate degree from Morehouse College and a law degree from Howard University School of Law—which produced the lawyers who argued the historic school desegregation case. I went on to practice law in Detroit, Michigan—a city with the highest percentage of African-American residents.

For a long time, I was a minority living a ‘majority’ experience in America—surrounding myself with other Black men and women.

Things changed in 2006. For the first time in my adult life, I decided to ‘culturally displace’ myself—entering Fuller Theological Seminary as a minority in a majority setting. The move was intentional. The Sunday morning racial divide fueled a passion for working toward what most call reconciliation today.

And I have spent the past decade in the evangelical world. There have been peaks and valleys. I have fostered some amazing relationships with people some would call white allies. On the other hand, I have seen implicit bias and privilege both rear their ugly heads. It is what I signed up for—and what I feel God has called me to do.

But I cannot deny getting tired. I regularly experience racial battle fatigue. Coined by University of Utah researcher William Smith, the phrase compares the chronic exposure to racial discrimination some African-Americans face who are part of predominately white organizations with the debilitating stress experienced by soldiers returning from battle.

Dubois is again helpful here. In Souls of Black Folk, he writes, “One ever feels his twoness,—an American, a Negro; two souls, two thoughts, two unreconciled strivings; two warring ideals in one dark body, whose dogged strength alone keeps it from being torn asunder.”

The duality shows up when I reflect on the Charleston shooting, the War on Drugs narrative (antagonistic) juxtaposed against the Opioid Crisis (sympathetic), the Black Lives Matter movement, and many other social issues that paint the portrait of a nation that may still have some ‘color line’ issues.

The duality isn’t just social; it’s theological. It’s made its way to seminary. White, middle-aged men wrote a majority of my assigned readings. I found myself creating a personal curriculum within a curriculum to include persons of color who have written on assigned topics.

With that said, it is this twoness that has driven me to immerse myself in majority spaces. I wanted to be able to experience community, fellowship, and dialogue with people who do not share my ethnic background—hoping to challenge them to do the same.

It is not easy. I struggle every day with my decision. By God’s grace, there have been enough people willing to work toward erasing that color line. My colleague, Ed Stetzer is one of those people—providing me space to disagree with him on social issues and genuine friendship to move us both closer to true fellowship together at the feet of our Savior.

W.E.B. Dubois died one day before the March on Washington for Jobs and Freedom in 1963. Many remember this as the day Martin Luther King Jr. laid out his dream for America. A dream that many believe has become a reality—even in evangelical spaces. But let’s not mistake King’s dream from our current nightmare.

In fact, King himself had concerns about the future of America.

The “I Have a Dream” speech King has been memorialized in America’s psyche while ignoring hundreds of other speeches that had some thinking he was a closet Communist. Separating the “Dreamer King” from the “Letter from Birmingham Jail King” does a disservice to his life and legacy.

Harry Belafonte, a friend of King, adds some perspective in his memoir, My Song. In one of his last conversations with King, Belafonte recounted King’s words: “I fear, I am integrating my people into a burning house.” When pressed about a solution to that dilemma, King retorted, “I guess we’re just going to have to become firemen.”

Today, there are firemen and firewomen out there who refuse to give up. The house might be burning, but it still has a Chief Cornerstone (Eph. 2:20). In that, I find hope and solace.

Ironically, the same symbol used for oppression in Birmingham is the image that brings me hope—a fire hose. When I get tired, King’s words to Belafonte fuel my passion to keep going. Despite my frustration, every day I resolve to do one thing: grab my hose and get to work. The “house” needs it.

John C. Richards Jr. is managing director of the Billy Graham Center at Wheaton College and serves on the board of The Witness.

Join the conversation on Facebook
Tags:
None
Posted:
January 30, 2018