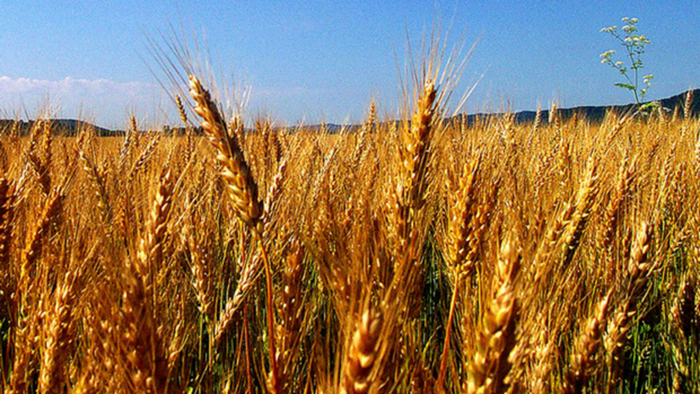 That was the conversation stopper offered by a friend and colleague. We had gone to seminary together in the Dallas – Fort Worth metro area, served on staff at the same church, and now lived halfway across the country from each other in two different worlds.

Matt chose a more urban ministry setting in northern California, and I had returned home to the wheat fields of Kansas. Even before this conversation, he had been giving me a hard time about moving back to rural with several statements beginning with, “Why would you…?”

Driving through the redwoods area of northern California where Matt had asked me to speak, the conversation in the car was about an idea I was working on back in the heartland.

We had grown substantially in the four years I had been back in Kansas. We even started a second location across town (a full 3.5 minutes away) in an abandoned Big A auto parts store to deal with overflow issues from our little neighborhood church. And now we were considering taking our ministry to other communities, reaching smaller and more distant parts of our state.

It was part of a growing passion for reaching rural places.

I was born in a suburb of Los Angeles and went to seminary in the large Bible Belt Buckle City of Fort Worth, but my heart is where I was raised: in the middle of nowhere.

I love knowing what it means to sing “amber waves of grain.” I love the fact that traffic jams only happen around the co-op during harvest time. I love the reality that rural junior high kids singing “dated” songs like Shout to the North turn and face the right direction because they know North.

God has been more than faithful in the 15 years I’ve been privileged to serve in Kansas. In a combination of church plants, re-plants, and revitalizations, CrossPoint Church has grown from a single church with 127 people in a 40-year-old established church to a multisite church network with nine campuses, additional locations, and around 3,000 in attendance.

Our model is to bring big church opportunity to small communities by establishing CrossPoint churches that are tied together by vision, mission, and video teaching.

The dual concepts of multisite and video teaching often invite a deluge of arguments ranging from personal kingdom building to New Testament ecclesiological heresy to we just don’t like it and it makes us feel itchy.

There is room for debate but, for the rest of this article, I’ll be setting those issues aside to present the reality for what video-driven, multisite church planting has meant to us in rural Kansas.

Big church in small places. One of our early realizations was that even in rural towns there were demographics not being reached. Even the smallest of communities had one or two flavors of three hymns, a turn-and-greet-your-neighbor time, and a highly alliterative sermon. Nothing against that model, but in every small town in America some people have walked away from that experience because they were bored, offended, or just weren’t inspired.

The connectivity of multisite support among a network of churches provides the opportunity to bring bigger church opportunities to smaller communities. Themed teaching series, joint mission work, print and video pieces, use of technology, and many other things afforded by a connected network give a multisite church unique opportunities.

Video works for farmers. Our first video-only campus in Sterling, Kansas, is a community of 2,600 people, at least when the Presbyterian college is in session. We were unsure if video teaching would work in that environment. But, as they have recently celebrated their 10th anniversary with attendance reaching just 10% of the community, I think they’re doing okay. And how do we know we are reaching rurality there? Annually, the offering plate receives something other than cash and checks: wheat shares from the co-op.

Full-time focused pastors. It’s often difficult to find seminary-trained, vibrant preachers who want to give their lives in small out-of-the-way places. But in almost every rural community, there are pastoral-hearted, administratively-minded people who are desperate to see the church thrive.

Using video teaching and hiring campus pastors whose primary passion isn’t communicating means you redeem at least 15+ hours each week of sermon prep and delivery and give it back to your church planter/pastor for leading, discipling, and growing a congregation. You’d be amazed what hiring a pastor instead of preacher can do for productivity.

Shared resources and one wheel. Imagine the cost savings of centrally producing bulletins for numerous churches. Consider the implications of centrally distributed children’s curriculum. Dream about lists of equipment that are shared instead of being repurchased. And what is the value of energy and time saved in creating once for every location things like teaching series, stage design, web development, centralized accounting/insurance, and a thousand other pieces instead of reinventing the wheel again and again wherever the church has a different roof?

Understand this is no argument for video or multisite models. It’s not a statement that these are better ways.

I do believe it’s evidence that video and multisite do have relevance in reaching rurality.

Are you thinking about reaching rural this way? Let me encourage you with some final thoughts:

Don’t fear video. Video is not too hard or expensive anymore. You can spend as much as you want, but you don’t have to. Remember, you’re not trying to produce a network television special. You just want a high-quality image and audio that will reproduce well at another location, and that is more than doable.

Relationships matter. The beauty of multisite is that you have built-in relationships for planters and pastors. But, initially, it may be a lonely place. Joining a conversation with those in groups like the Rural Matters Institute is essential. Better ideas, inspiration for longevity, and the reminder that what you’re doing isn’t crazy… well, maybe it is, but at least you’re in good company.

Kingdom focus. We decided to give everything away. We have official campuses, but we have also partnered with congregations who just use our resources as their own. We have helped in revitalization efforts that ended up establishing stand-alone churches. We have watched other churches, denominations, and networks take our model, hollow it out, and pour in their content.

To all of this, we say, “Hallelujah!” So long as the gospel gets to rural America, it’s all good. So, take a risk and step out there. Do something for the kingdom, and let the church growth thing take care of itself.

I believe the need to reach rural America is massive. It’s going to take impassioned leaders, a risk-taking church culture, and way of thinking that may be new to small churches wanting to make a big difference in out-of-the-way places.

But is anything too hard for our Lord?

By the way, my friend from the car ride earlier now serves as the worship pastor of our broadcast campus in Hutchinson, Kansas.

Andy Addis is the lead pastor at CrossPoint Church. Cross Point is a multisite network of churches with a dozen locations throughout rural Kansas and a congregation of around 3,000. Andy is also the author of two books, Reading It Right and Blotch. The first is a systematic strategy for in-depth Bible study with thousands of copies in print. The second is a children’s book and parent resource produced by LifeWay and B&H Kids.

Join the conversation on Facebook
Tags:
None
Posted:
January 11, 2018