A more conservative court is good for America in many ways.
Ed Stetzer 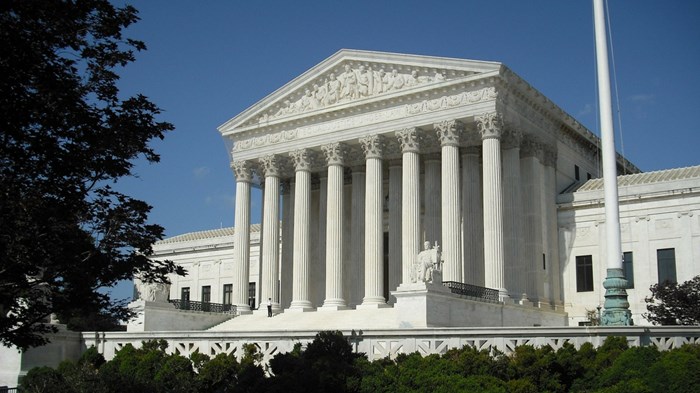 I am glad that President Trump has nominated Brett Kavanaugh to the Supreme Court.

Of course, once you say such a thing, half the country flies into a rage.

Last night, I tweeted, “I am glad @RealDonaldTrump will be nominating the next Supreme Court Justice, rather than @HillaryClinton. I'll be writing more on this tomorrow, but the implications for life and religious liberty are the reason that many evangelicals supported President Trump.”

But, both of the things I said are true.

The first is that I’m glad that a Supreme Court justice has been nominated who will, I hope, move the court away from its recent social activism. And, it’s true that many evangelicals voted as they did because of the Supreme Court.

I’ve written many times about my concern about President Trump and how evangelicals have responded to him. You can find some of my pieces here, here and here. In the end, however, I know that many will be outraged by my tweet—not because of my nuanced words, but because of their own concerns about Trump.

But, President Trump is not appointing himself to the bench. He is nominating a respected jurist. If that respect is unearned, we will see during the confirmation hearing. But, for many, any conservative would be unacceptable.

However, if the election had gone the other way and Hillary Clinton was president, you would now have a generational majority that would not be sympathetic to concerns for religious liberty, issues related to life or abortion, or on many other topics of concern.

Why many evangelicals voted as they did.

As I previously wrote in an article for evangelicals, “It’s the Supreme Court, stupid!,” playing off of a comment from James Carville, who famously explained, “It’s the economy, stupid.”

According to some polls, the Supreme Court was the primary reason many evangelicals voted for Trump. His promises made about the Supreme Court proved to be of critical concern given the changing political and societal atmosphere.

For many, Neil Gorsuch’s appointment to the Supreme Court validated their vote for Trump because of their commitment to the sanctity of life and religious liberty.

With the dysfunction of Congress and the turnover rate in the White House, the Supreme Court is the defining reality amid American society right now because of the high level of influence and power those on it hold. Although the Court’s power is actually not described at this level of influence in the Constitution, through the process of judicial review, the Court has begun to oversee and overrule many things.

Indeed, the Court thus far has overruled 30 states on the issue of same-sex marriage and has proven its vast authority in countless other ways. Of course, these issues are not the only issues, but they are issues where swing votes have mattered.

So, yes, the Supreme Court will continue to rule on issues of justice, protect minority groups, ensure the rights of all people, including Christians, Muslims, LGBT individuals, and many more.

The Court probably won’t overrule itself on abortion or on same-sex marriage, but it can make better rulings than the last on issues that are important in our society today.

Was it worth it?

We live in a time in which the two Supreme Court justices appointed under Trump’s administration may be central to his legacy. As a person of faith who cares about life (in and out of the womb), and as one who is concerned about continual government overreach as our society moves in a move secular direction, I am thankful for a more conservative court.

I was not a Trump supporter for reasons that have become obvious. However, I also believe a more conservative Supreme Court will be better for America.

Many will say, “It was not worth it!” (See Thabiti Anyabwile’s article.)

I understand the point—and I am actually not saying it was worth it. I am saying that we are where we are now. And, I am glad Trump rather than Clinton is appointing our next justice.

This nomination matters for America, and I believe that a mainstream conservative will move the court in a direction that is good for the nation.

For evangelicals, this is an important nomination if you want Christian colleges to teach and function according to their faith. Allowing higher education institutions to hold to biblical beliefs in the way they engage students is one all evangelicals ought to care about.

Furthermore, regarding abortion, the United States laws are, at best, extreme. Some estimate that roughly 3,000 babies are aborted every day in the U.S. Even the Washington Post fact checkers admit that we are in a group of seven countries (including North Korea and China) that have some of the most extreme abortion laws.

That’s due to the Supreme Court and I believe America will be a better place when and if our abortion laws look less like those of North Korea.

Although I doubt the Supreme Court will overturn Roe v. Wade, we have the potential to making good strides towards laws that protect the sanctity of life.

Supporting President Trump’s Supreme Court nomination does not mean you have to support everything the president does.

But, there is an important thing to note here: This nominee is not Steve Bannon or Steven Miller, though some are reacting like he is. And that tells us something. Some are just as opposed to conservative values as they are to Trumpian values.

Simply put, this nominee is the kind any conservative president would choose. Thus, those yelling about Handmaid’s Tale reveal themselves—no matter which Republican was elected, he or she would have nominated a justice like this. Thus, it is not Trump, but conservatives that outrage many. So, this level of accusation and vitriol would be before us even without Trump.

Simply put, many don’t want a more conservative Supreme Court and I get that.

What can Christians do?

Well, it’s not just about the Supreme Court.

On issues of life, it is critical that Christians take this as an opportunity to promote abortion alternatives, like the increased awareness of and participation in adoption to promote a culture of life. Let’s continue to care for all those God has made—unborn children, born children, mothers, and entire communities. When we do this consistently and our love is observed, as laws are enacted, we will be given more opportunities to provide prenatal care, to adopt, to provide care for infants and mothers, and to care in countless other ways.

Furthermore, I’m pro-life, not just pro-unborn. We can and must care for life, from the womb to the tomb, regardless of what Supreme Court is in place.

That does not change.

And, we can speak graciously with those that may not agree with us, who are on different sides of important issues, many of whom will be disappointed with this nomination.

Finally, we can speak appropriately about those with whom we disagree. For example, it is unfair that all Christians who voted for Trump are often treated as if they agree with everything he says or does. Trump voters are not Trump. Many voted for him for one reason—because of the name that was nominated today.

You might disagree with these voters, but don’t caricature them.

So, I support this nominee and I am thankful for his nomination from President Trump. And, I also acknowledge the many Christians who voted for Trump did so they could have such a Supreme Court Justice as was nominated today.

I get that for many, there is simply an irrational response to anything positive being said about President Trump. So be it. But, regardless, I am thankful a conservative court will move away from judicial and social activism.

Even if you did not support President Trump, you can support a Supreme Court that will have a positive impact on the sanctity of life in all its stages and the religious liberty that should matter to us all.

I will continue to advocate for compassionate care for refugees, for better healthcare, for comprehensive immigration reform, and for much more. But, I will also support a mainstream conservative nominee that will be good for the court and for the country.

Brett Kavanaugh Is a Good Supreme Court Pick and ...