Undocumented immigrants need to still be treated in line with the values of our country.
Ed Stetzer 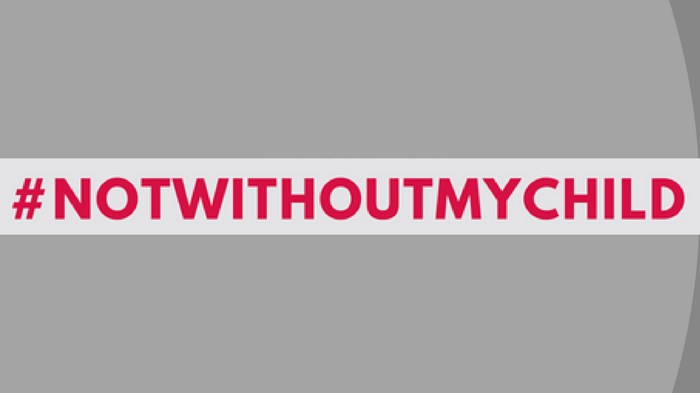 If you started your summer vacation early, chances are you missed the story about the 1,500 missing migrant children. Over the past few weeks, countless news agencies led with headlines accusing the U.S. government of losing 1,500 immigrant children. People all over the country were predictably incensed. In the midst of all this, the true facts have gotten somewhat lost.

Part of the confusion surrounds a photo of children locked in what appears to be cages. However the reality of this picture is that it is from something that happened back in 2014 and was mistakenly attributed to the current administration’s policies.

So, what really happened to the 1,500 children?

In many cases, children have come across the border alone – without their parents – and were subsequently placed with relatives or someone who had a connection with the family. Often, these families did not inform the government where they were located after receiving the children (perhaps for fear of being deported).

These 1,500 children were not ripped from their parents and they are not “missing” in some dangerous situation. Some scenarios in the past involving immigrant children have encountered despicable practices like trafficking, so phrases like “missing children” immediately bring up concern and outrage that is misplaced and uninformed with the truth.

It does not help us solve the issues in front of us to get outraged based off of false or mis-information.

There are real issues

At the same time, believers need to be sure that they don’t let the false report about missing children keep us from being concerned about the actual reality of forced family separation. The true cost in popular misleading narratives such as these are that they can be used as justification to ignore the real injustices of families caught up in the immigration system.

But, throughout the debate Christians need to remain focused on the deeper issues of how we treat people.

As Christians, we need to champion a humane response, regardless of our specific policy or political positions. Whatever administration is in power, whatever the current laws are, we must say, “As a country, our values need to show in how we deal with those who are seeking to cross our borders illegally.” To do so, undocumented immigrants need to still be treated in line with the values of our country. That does not mean that every right of a citizen is necessarily afforded to them, but they are entitled to the dignity and value of image bearers of their creator.

I believe we need to take a strong stance defending families. As Americans, but even more as followers of Jesus, we should hold the family unit in high regard. God created the family long before there were borders.

The high view with which our faith calls us to view the family must translate into how we should never seek to separate families (or at least only do so if absolutely necessary). Separating children from their families is not a humane way to approach immigration policy, and it does not honor the dignity and respect afforded every human as made in the image of God.

Yes, there are times when children must be separated from parents, but an immigration “deterrent” does not make this list by a wide margin. Family predates and transcends government in its spiritual and moral importance, and we must do everything we can to acknowledge that in our laws.

We don’t want to live in a nation where children are unnecessarily and casually separated from their parents as a matter of policy.

Some Christians are already speaking up on this issue.

A group of “evangelical leaders representing tens of thousands of local churches, campus communities, and ministries” has written a letter to President Trump expressing their concern at the “zero tolerance” border policy.

Some Christian women leaders have started a #notwithoutmychild campaign fighting against the separation of families at the border. They have written a letter with approximately 2,500 signatures to the Department of Homeland Secretary Kirstjen Nielsen and Attorney General Jeff Sessions.

The second phase of #notwithoutmychild encourages signers to write a letter to parents in detention centers. They’ve provided templates in English and Spanish and encourage participants who are bilingual to write their own letters as well. Those who write letters are posting about it on social media using the hashtags #notwithoutmychild and #familiesbelongtogether. Since they cannot mail these letters to the parents in detention centers, they are being collected to be hand-delivered to the Attorney General’s office in the hopes they can reach their destination.

This world is filled with sin at personal and systematic levels that deserve our voice, falling prey to misleading headlines that advance narratives rather than truth is not helpful. Believers need to be discerning and wise when we speak out in righteous anger at injustice and oppression.

This is one of those times.

Evangelicals have long stood in the public square for the value of the family. This is part of our heritage we can and should embrace by speaking up again now.

This is not a hard one, sisters and brothers. Yes, immigration is a tricky issue and debatable issue, but using the separation of families as a threat and a tool is not. We can (and must) do better.

Practically, if you want to get involved with the #notwithoutmychild movement, a template for letters can be found here. You can learn more information about their campaign here.