What Are Christian Apologetics, and How Do They Relate to the Gospel Anyways?

The greatest apologetic for faith is embedded in the gospel message itself.
Jerry Root 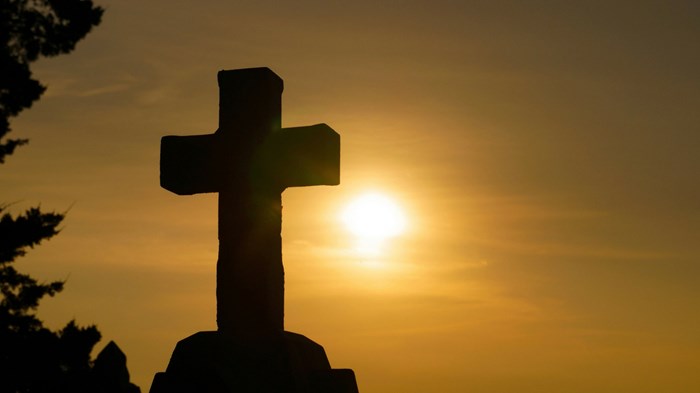 Many Christians talk about Christian apologetics. Indeed, the topic is very interesting for Christians on many levels as we seek to gain confidence and assurance for our own faith. And, of course, apologetics also has great value for us as we seek to help seekers and doubters to get over the intellectual barriers keeping them from embracing faith in Christ.

But often, there is one great apologetic that gets neglected, and this concerns God’s love, forgiveness, and willingness to be Lord of our lives.

A brief look at apologetics

First, however, let me define and clarify terms. Apologia in classical times simply meant “defense”. In a court of law, an apologetic was the making of a defense for the defendant at trial. Such was the case of the Apology by Plato. He was setting forth the case made by Socrates during his trial before the court at Athens.

Paul would reference the prophetic passages of the Old Testament and showed how Jesus, in the days of the Incarnation, was the exact fulfillment of these prophecies. Furthermore, Paul appeals to the historicity of the resurrection of Christ from the dead, and the remarkable number of eyewitnesses who validated having seen the Resurrected Christ.

These were apologetic proofs for faith. Jesus was not only raised from the dead, but his resurrection validated both his deity and his message—somehow the death and Resurrection of Christ puts us right with God. Paul used apologetics to validate his message that Christ’s sacrifice is the means whereby God forgives sin, reconciles lost humanity to himself, and provides the hope of eternal life.

The tradition of Christian apologetics

The tradition of Christian apologetics has a long history. It stretches from the earliest days of the church, and is a practice witnessed to in the historic record in Scripture. And we see a long practice of Christian apologetics continuing on from the second century writings of Justin Martyr through to the more recent writings of G. K. Chesterton, C. S. Lewis, Ravi Zacharias, and William Lane Craig.

These works in apologetics have continued to show how the Resurrection, Old Testament prophecies, the archeological data, the evidence for miracles, the dramatic nature of changed lives (people hostile to the faith actually becoming believers and bearing witness to the faith), and many other evidences support the Christian claims. One tradition of apologetics has appealed to the compelling evidences that support the message of Christianity.

Another tradition of Christian apologetics appeals to a more philosophical and propositional approach to defending the faith. Given the fact that a world exists, we must ask, “Why is anything there, rather than nothing there?” If the world that exists is full of contingencies, then something must be necessary, essential, and non-contingent. What is it?

Furthermore, in the midst of these mutabilities and change, why is there still an observable continuity? Why is there not chaos rather than order? Why is there such precision in the movement of the heavens that people have been able to predict solar eclipses accurately for hundreds of years? Why do things seem to work towards predictable, developmental ends? Why can we even talk about things like maturity, and purpose? And why are we disappointed when things do not seem to go according to plan?

If all was chaos, these disappointments would not bother us because they would be normative not exceptional. These and hosts of questions like them are the kinds of things presuppositional apologetics wrestle with.

The idea that works best for explaining these various phenomena is faith in God. The presuppositionalists point us in this direction.

The great apologetics found in the gospel message itself

All the various forms of apologetics are, in their way, interesting, and they are often affirming for those who have faith. And sometimes they help skeptics climb over their barriers to faith and embrace Christ.

Nevertheless, the greatest apologetic for faith is embedded in the gospel message itself. God loves us. Christ died for our sins. And he is willing to enter into our lives and bring order out of the chaos we make of things.

Every honest, unpretentious person I’ve ever met longs to be loved unconditionally. Human love is great as far as it goes, but if we are aware we have probably never loved another person perfectly, and unconditionally, then it is likely we have never been loved perfectly.

Yet the longing for this kind of love persists in us. The gospel message is, in itself, a perfect apologetic, for it comes as a solution to the very nature of the heart’s deepest desire. God loves us unconditionally.

Furthermore, I’ve never met an honest, unpretentious person who fails to recognize that he or she is messed up. We say we believe in love, but we sometimes have sharp words with those we say we love most in the world. We have our high ideals, and often catch ourselves living beneath them. We have standards of behavior we expect of others, but we are often blind to our own transgressions against these expectations.

The apologetic inherent in the gospel message itself is once again made clear. This God who loves us unconditionally is also willing to totally forgive us all our misdeeds and forgive us in Christ.

Furthermore, since we’ve acknowledged our shortcomings and failures, then we’ve also acknowledged our need for assistance to bring order out of the chaos we have created. Again, the apologetic in the gospel is loud and clear: when we ask him, God is willing to enter our lives as Lord and begin the process of restoration.

As we engage in the work of explaining to others the truth of the gospel, we must not let the work of apologetics distract us from the power of the apologetic embedded in the message itself. That is, that “God was in Christ reconciling the world to himself.”

His love, forgiveness, and willingness to be Lord of our lives is the greatest apologetic of all. And it speaks to the deep felt needs of every human heart.

What Are Christian Apologetics, and How Do They Relate to the Gospel Anyways?

What Are Christian Apologetics, and How Do They ...